In 2007, the "Grand Park" residential complex was completed along the border of the now-defunct Frunze Central Aerodrome in Moscow. Located on Khodynka Field, within 5 miles of the city center, Frunze was the city's only airport until 1941. 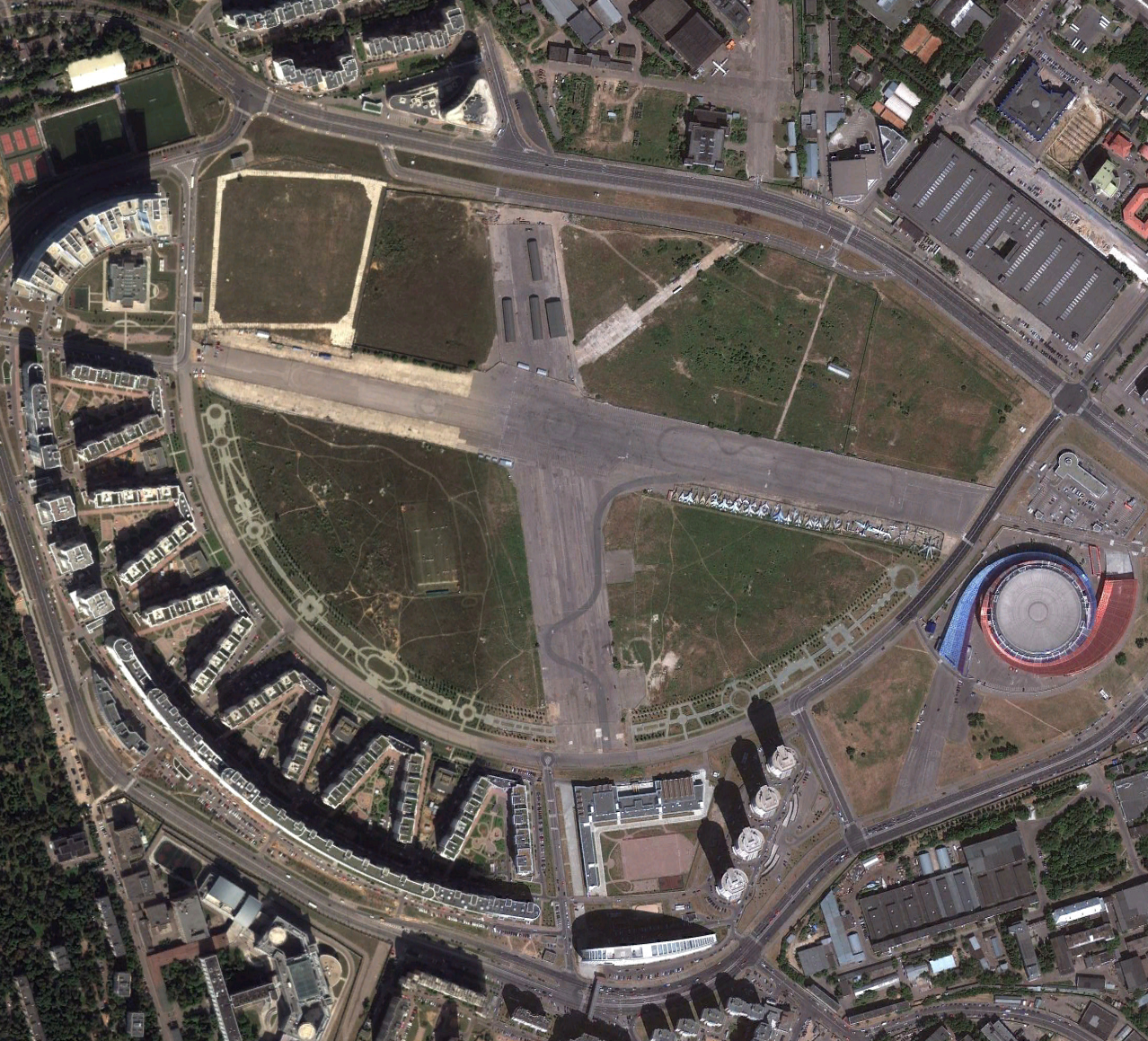 After the airport was decommissioned, the International Society for Krishna Consciousness reportedly sought to build a major temple there, which never happened due to staunch opposition from the Russian Orthodox Church. 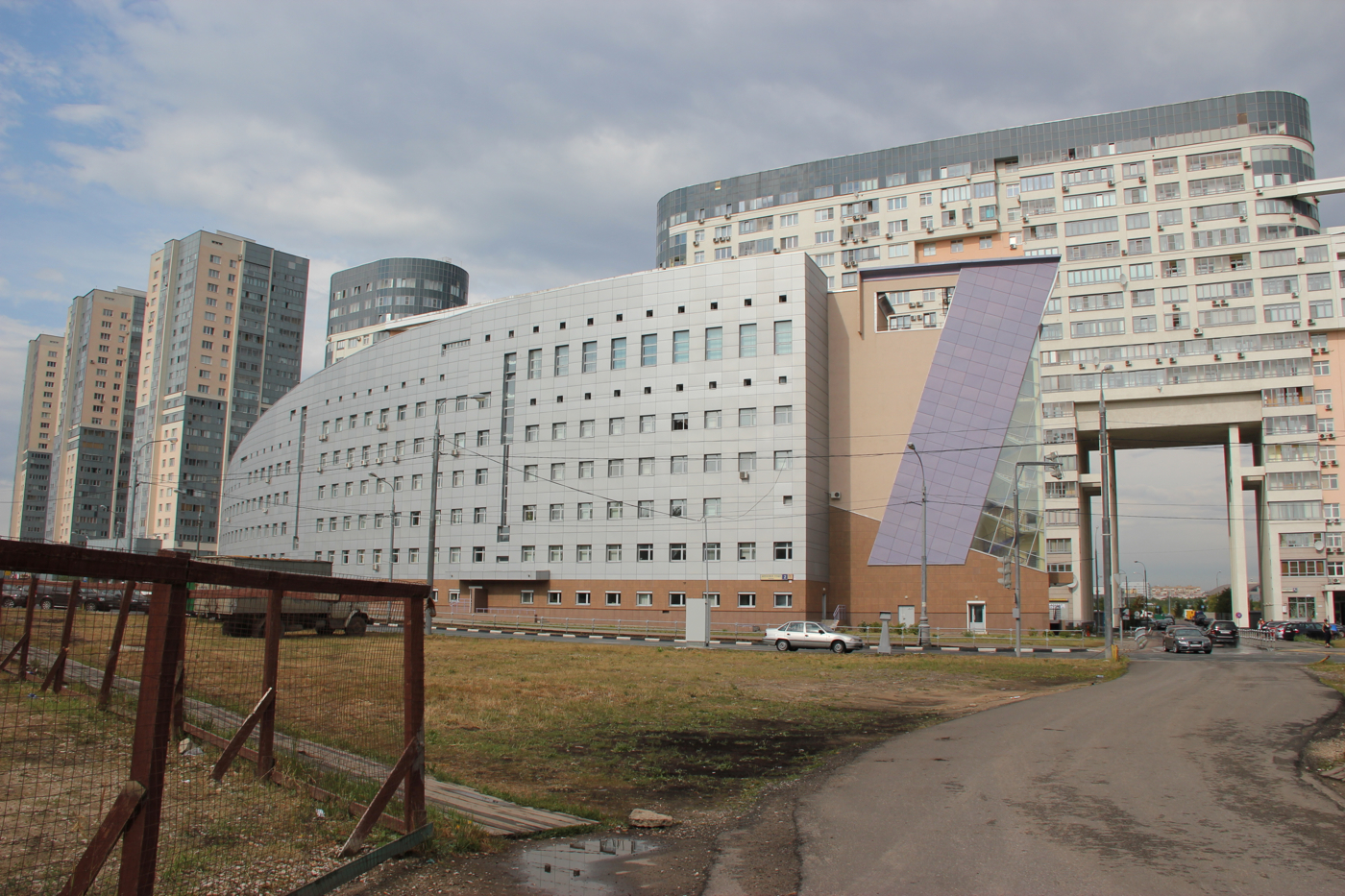 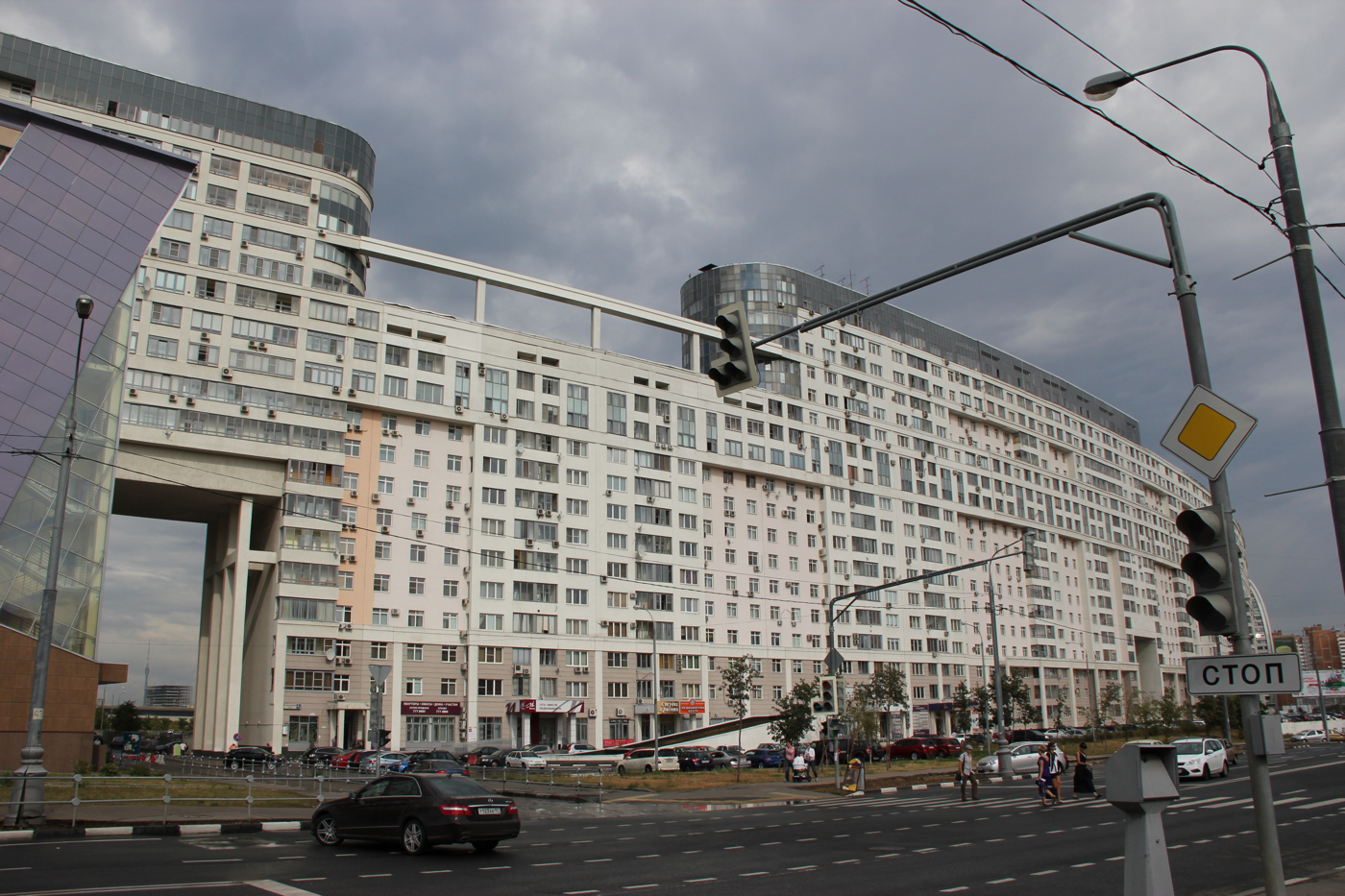 Grand Park was built instead, one of many projects by the INTECO real estate development firm owned by the wife of Moscow's mayor at the time. 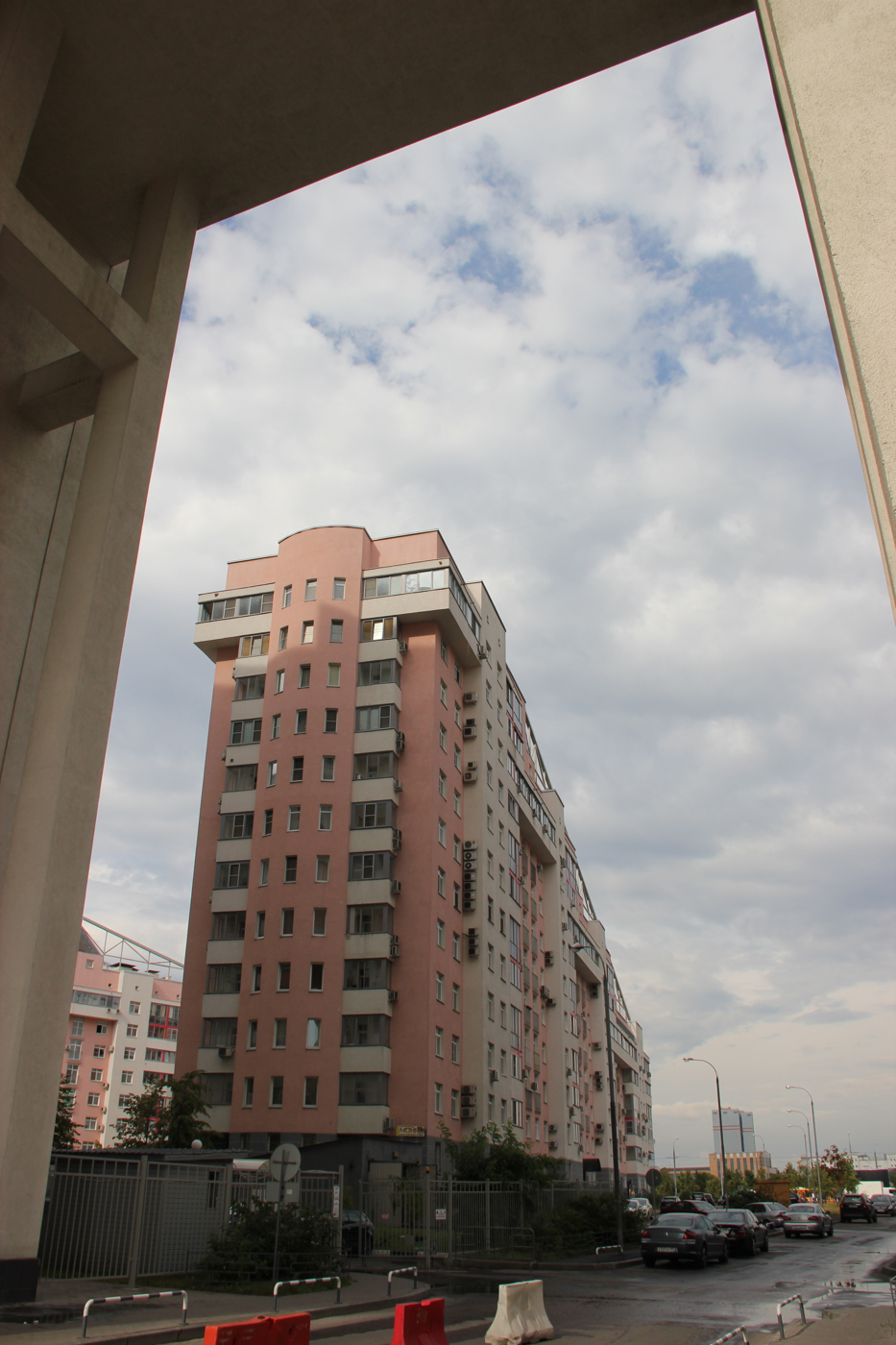 An entire book could be written about this gated complex. 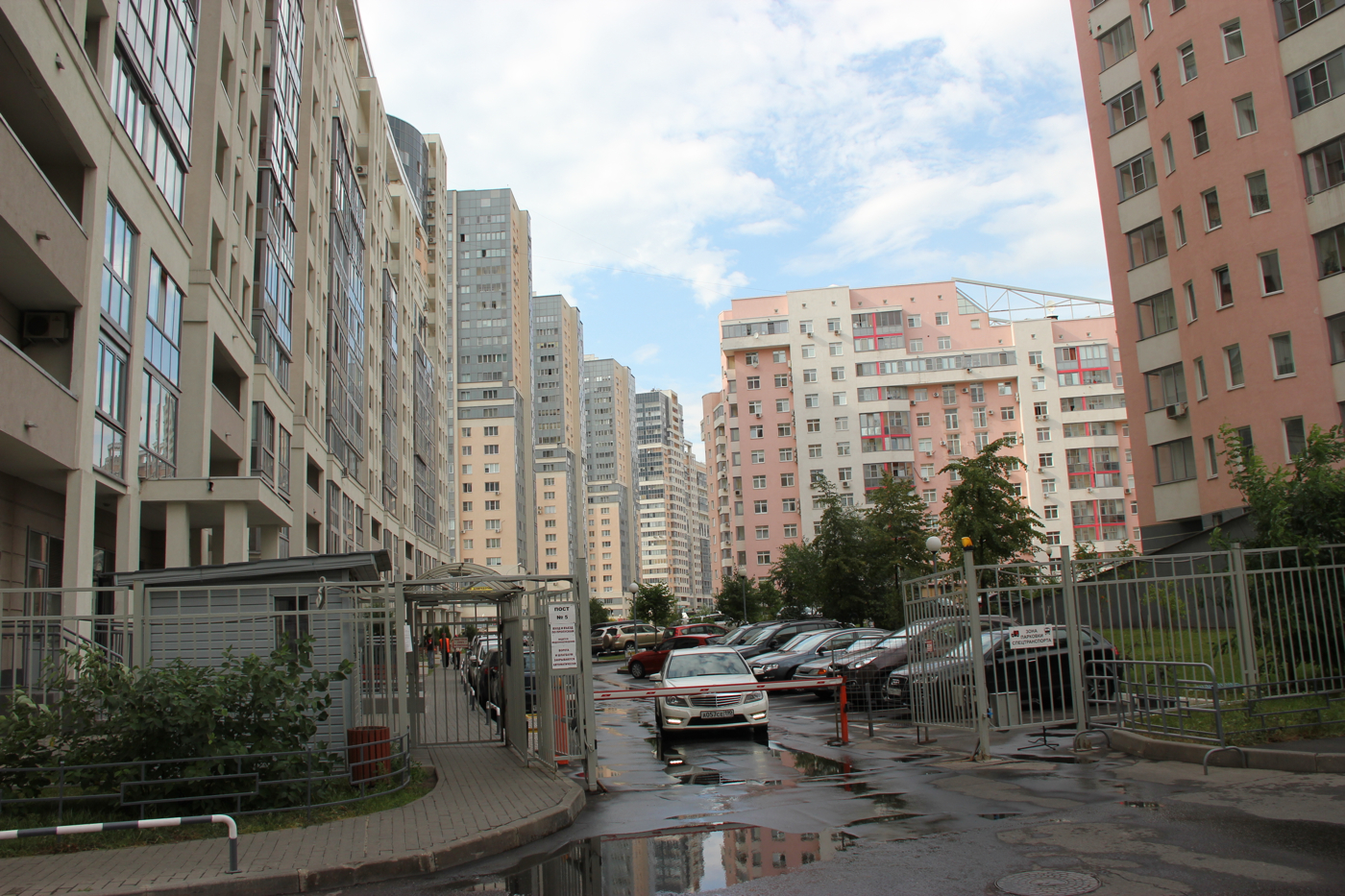 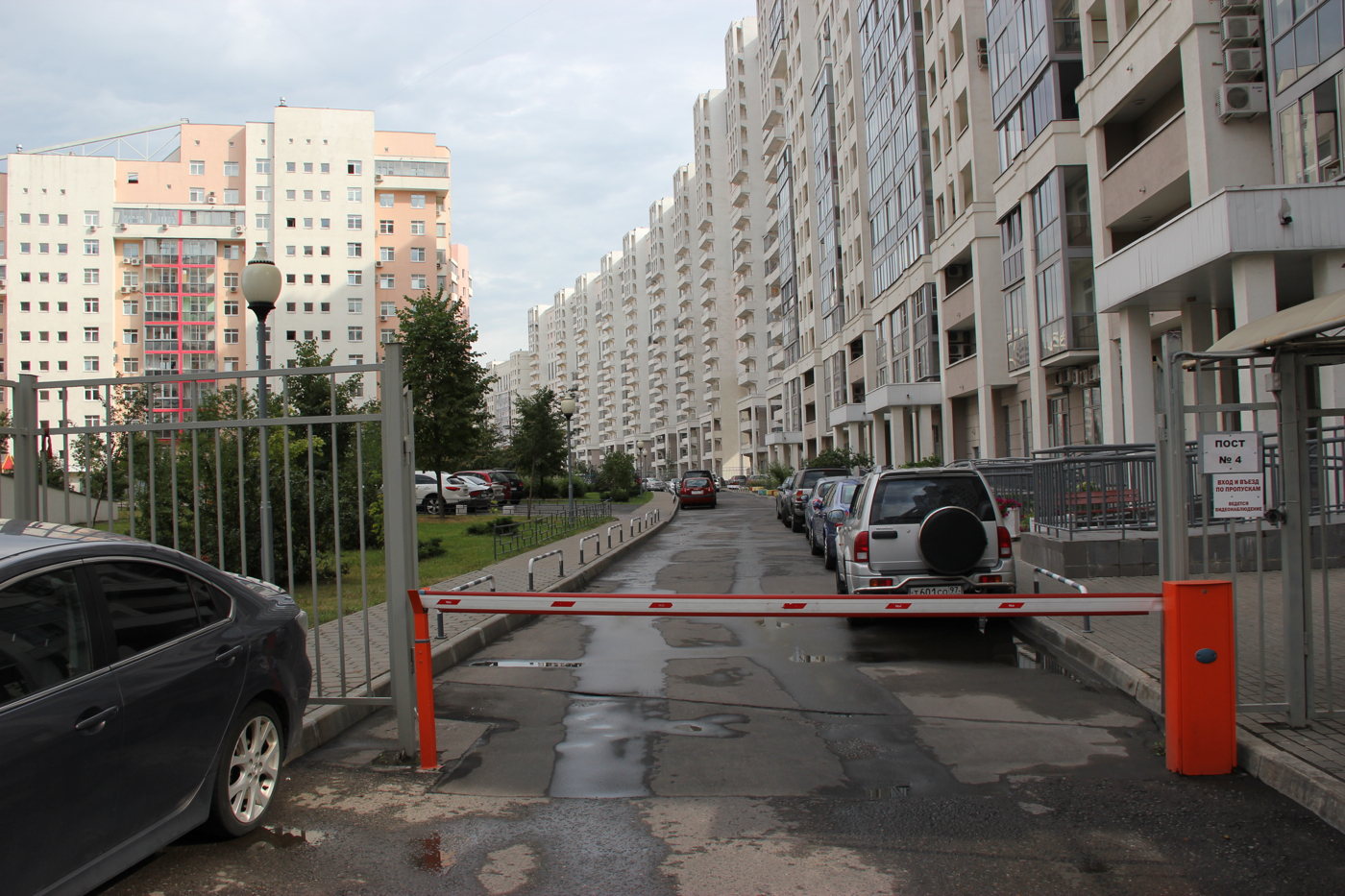 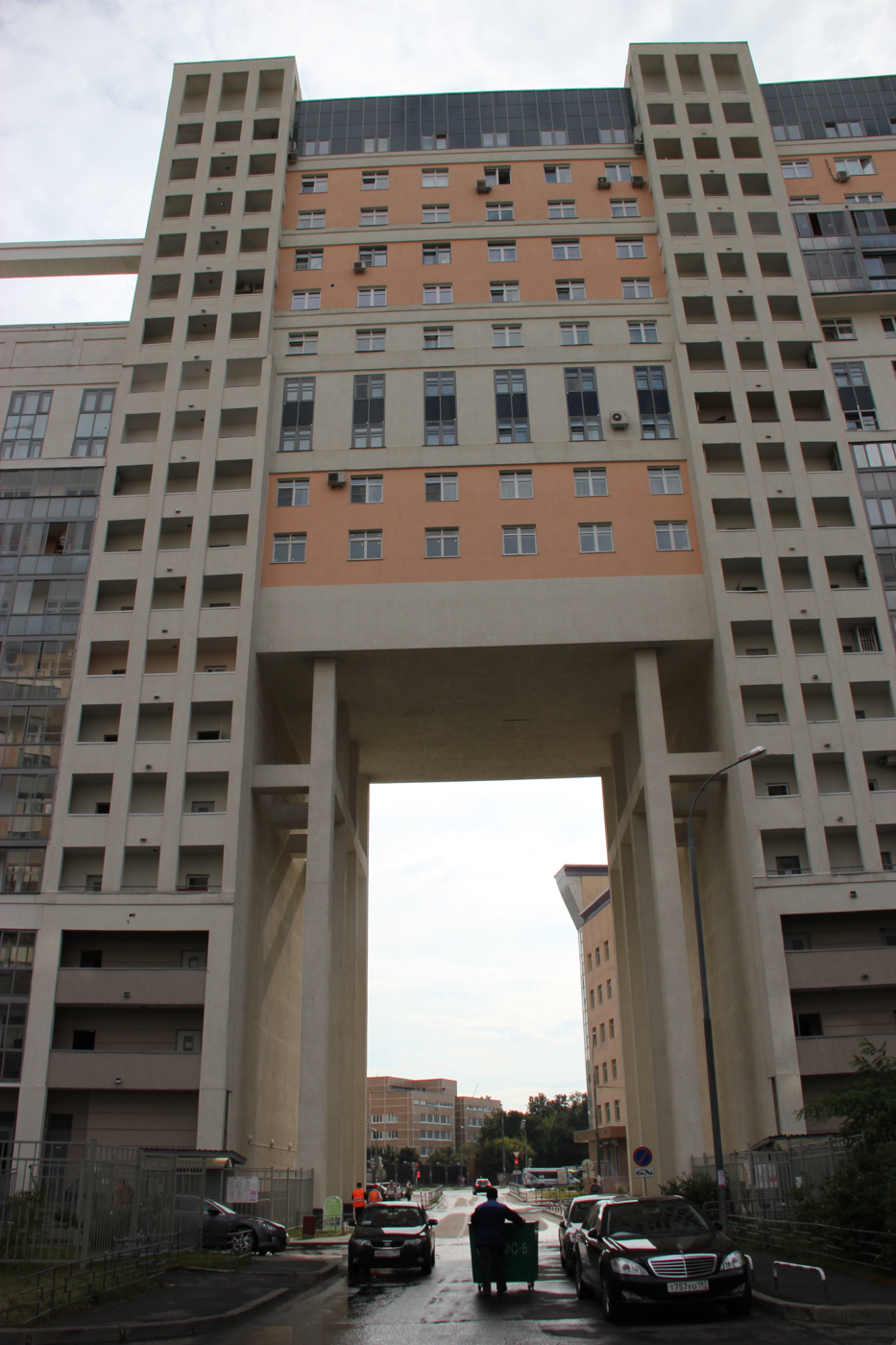 For now I have a photo tour of the massive structure, which cascades toward an overgrown field where people shoot at targets, race their cars and gaze at uncommon architecture along the perimeter. 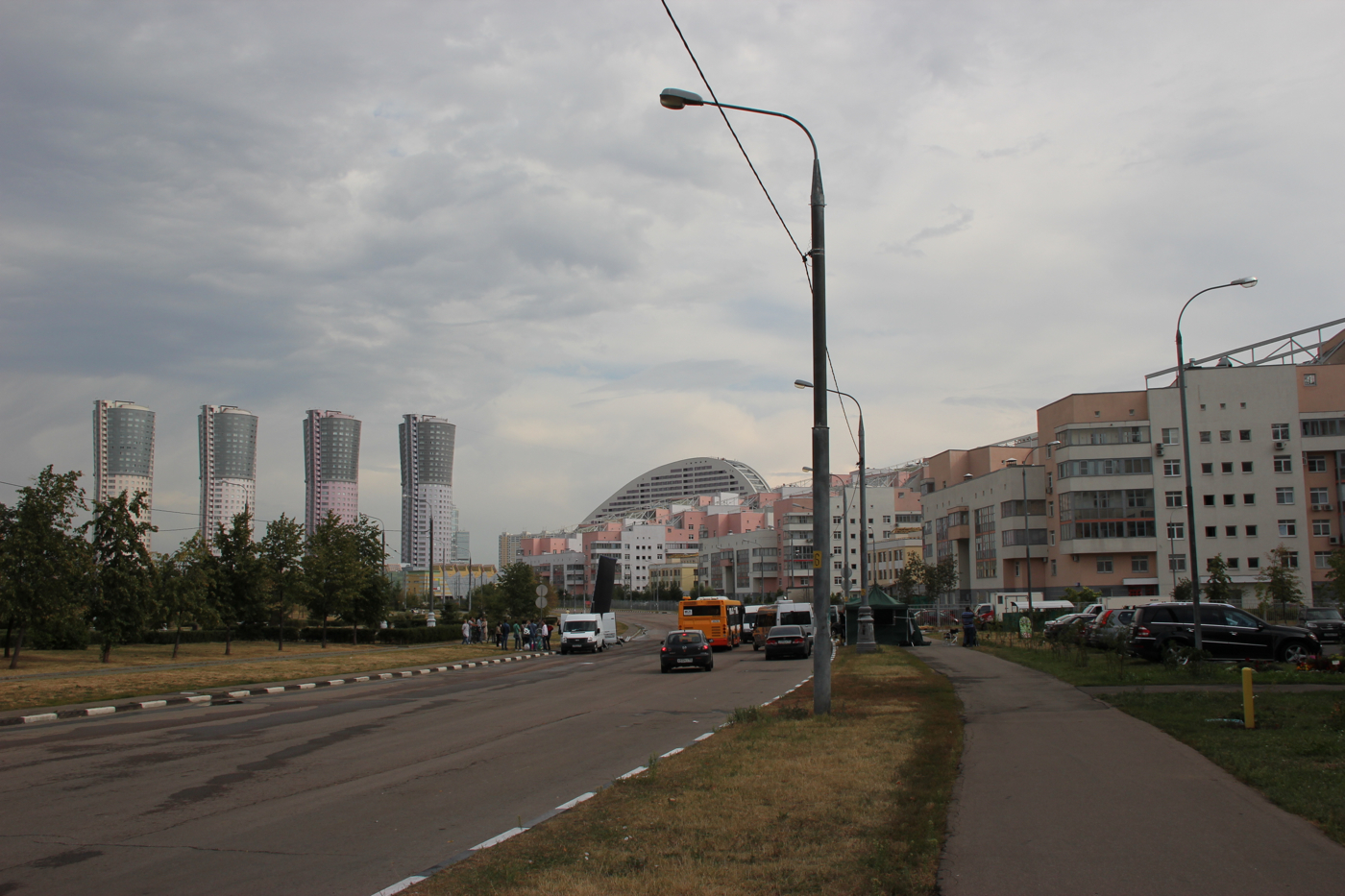 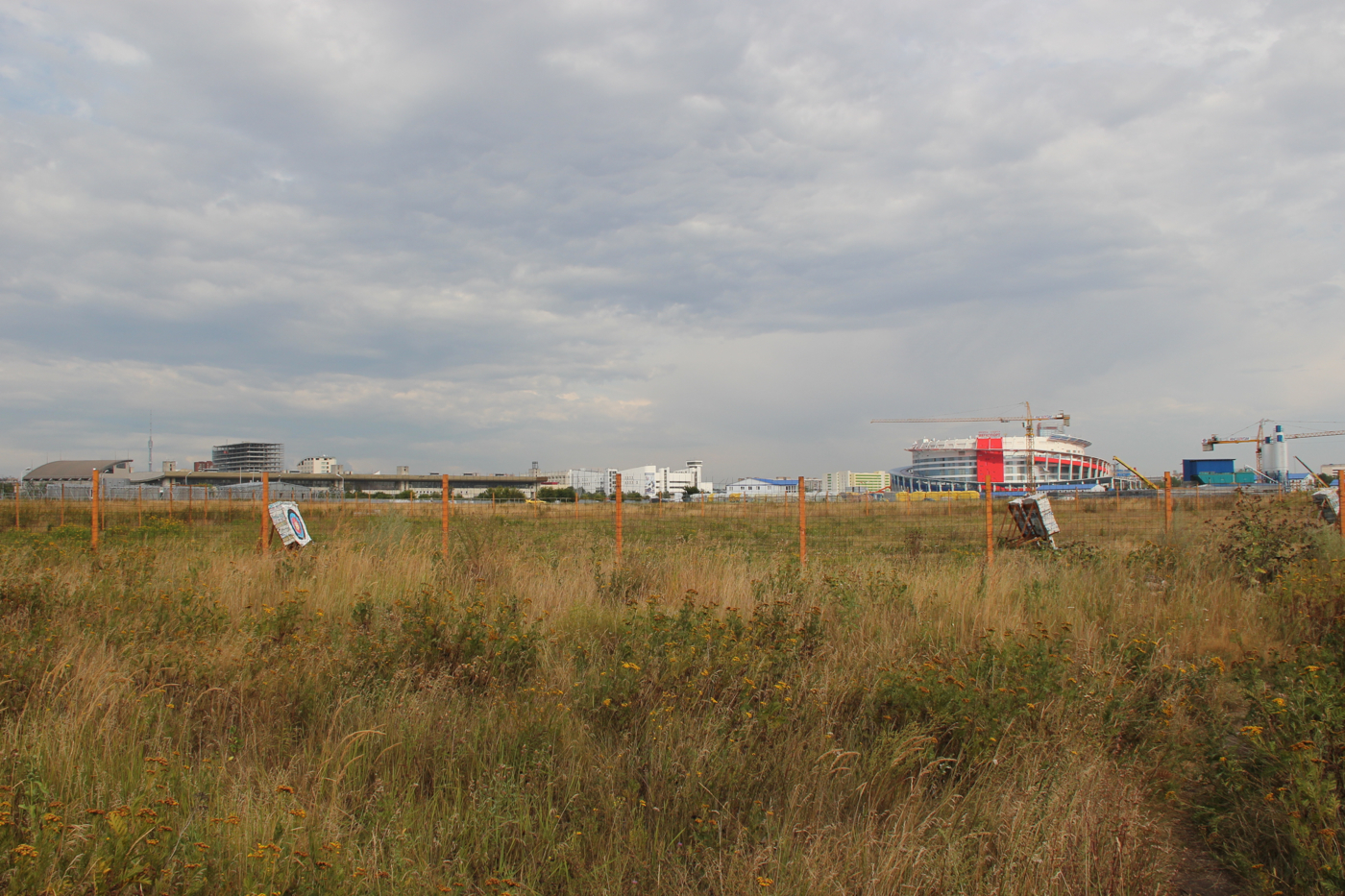 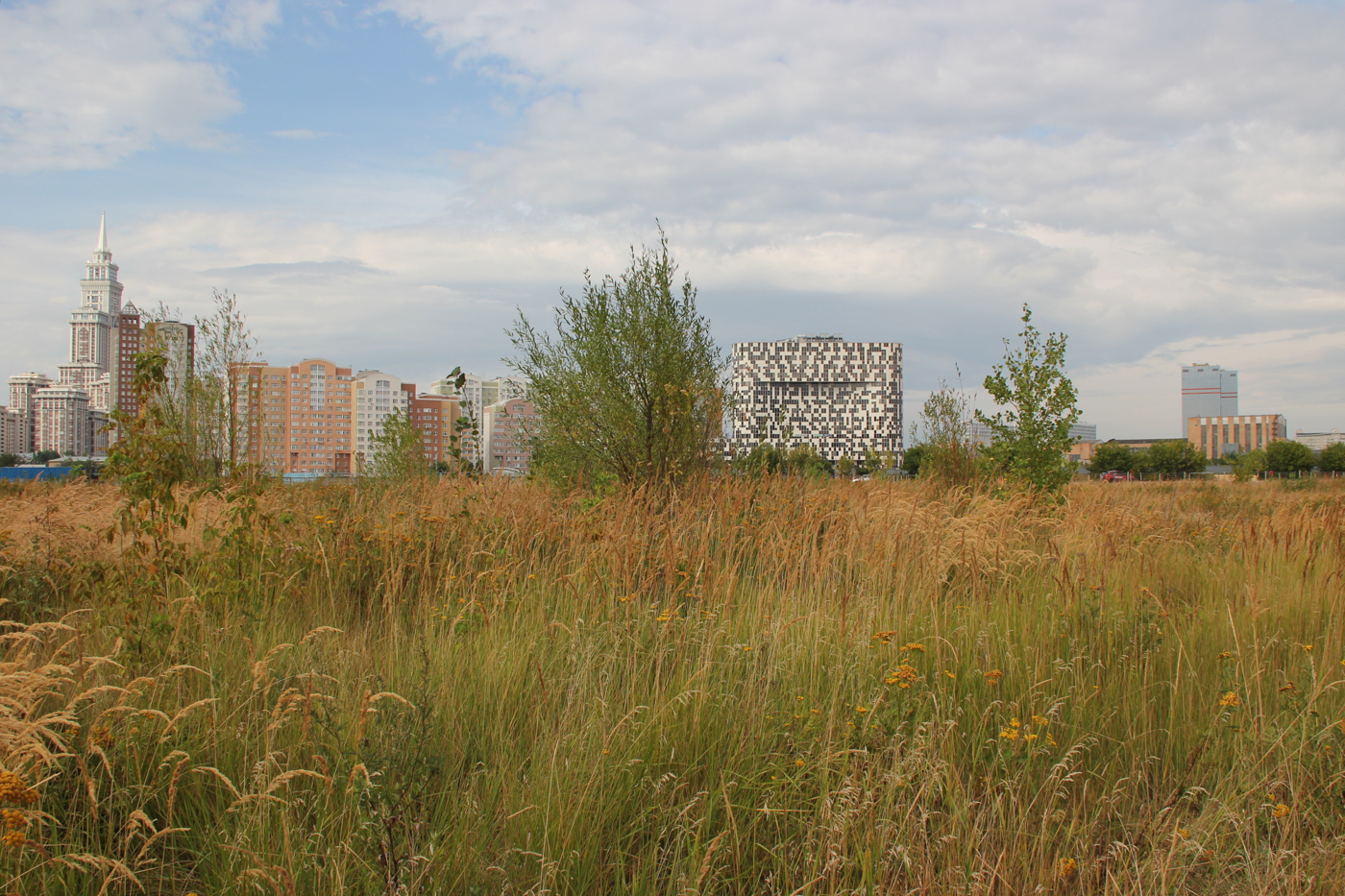 Does anyone have information on this crossword-puzzle building? 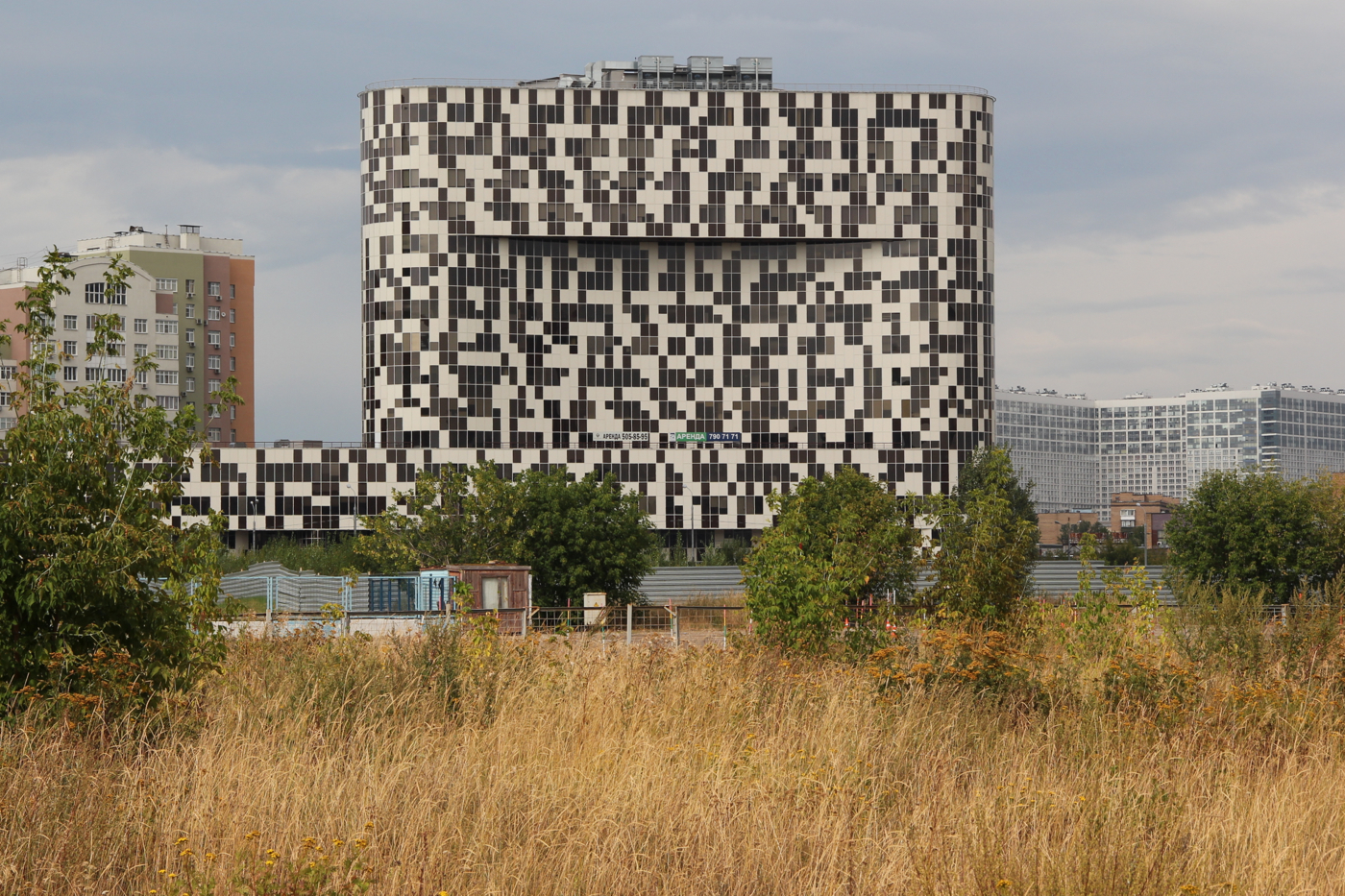 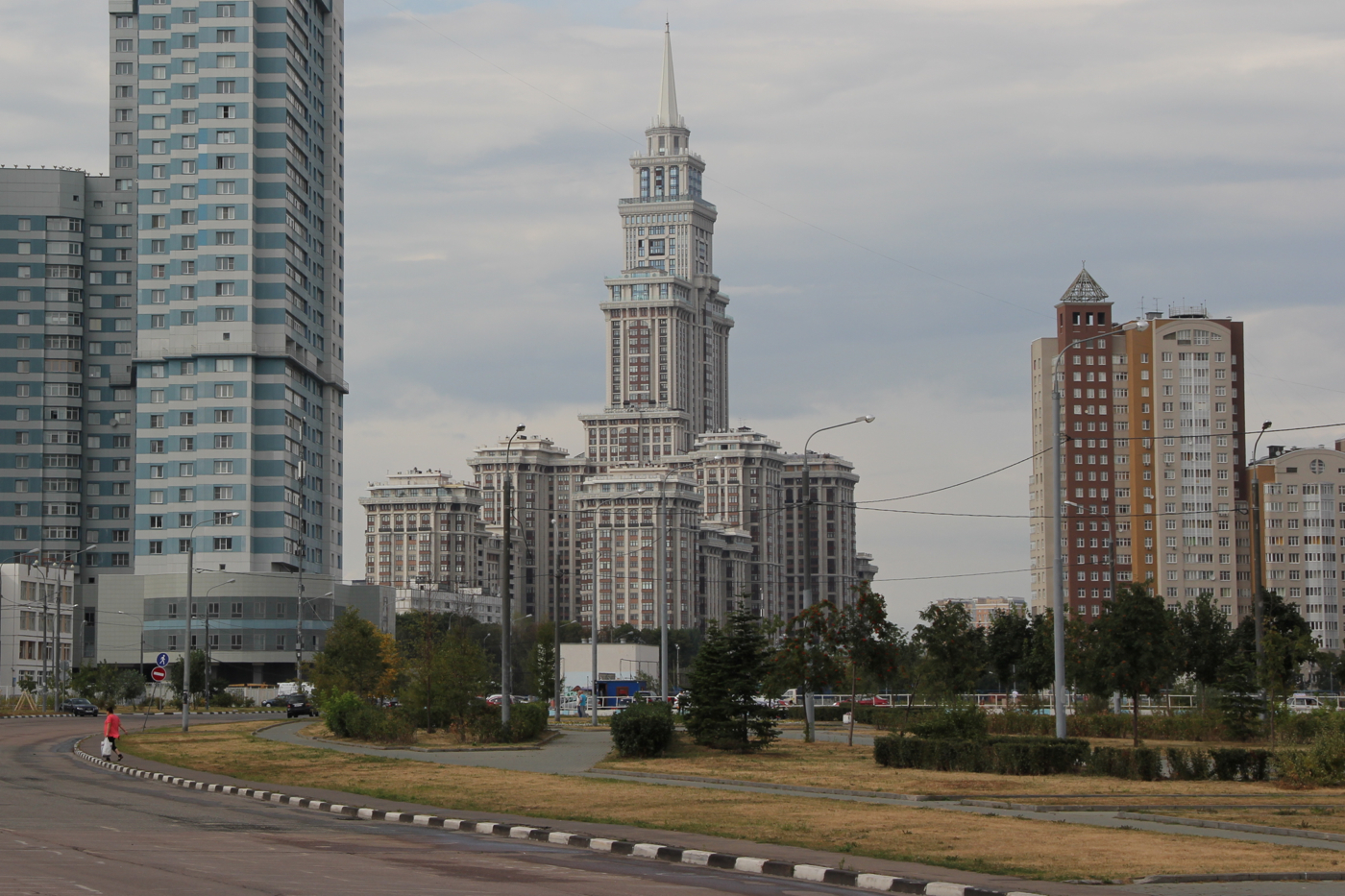 The "Triumph Palace" housing development (above center), which mimics the Seven Sisters from the late Stalin era, was constructed between 2001 and 2005. 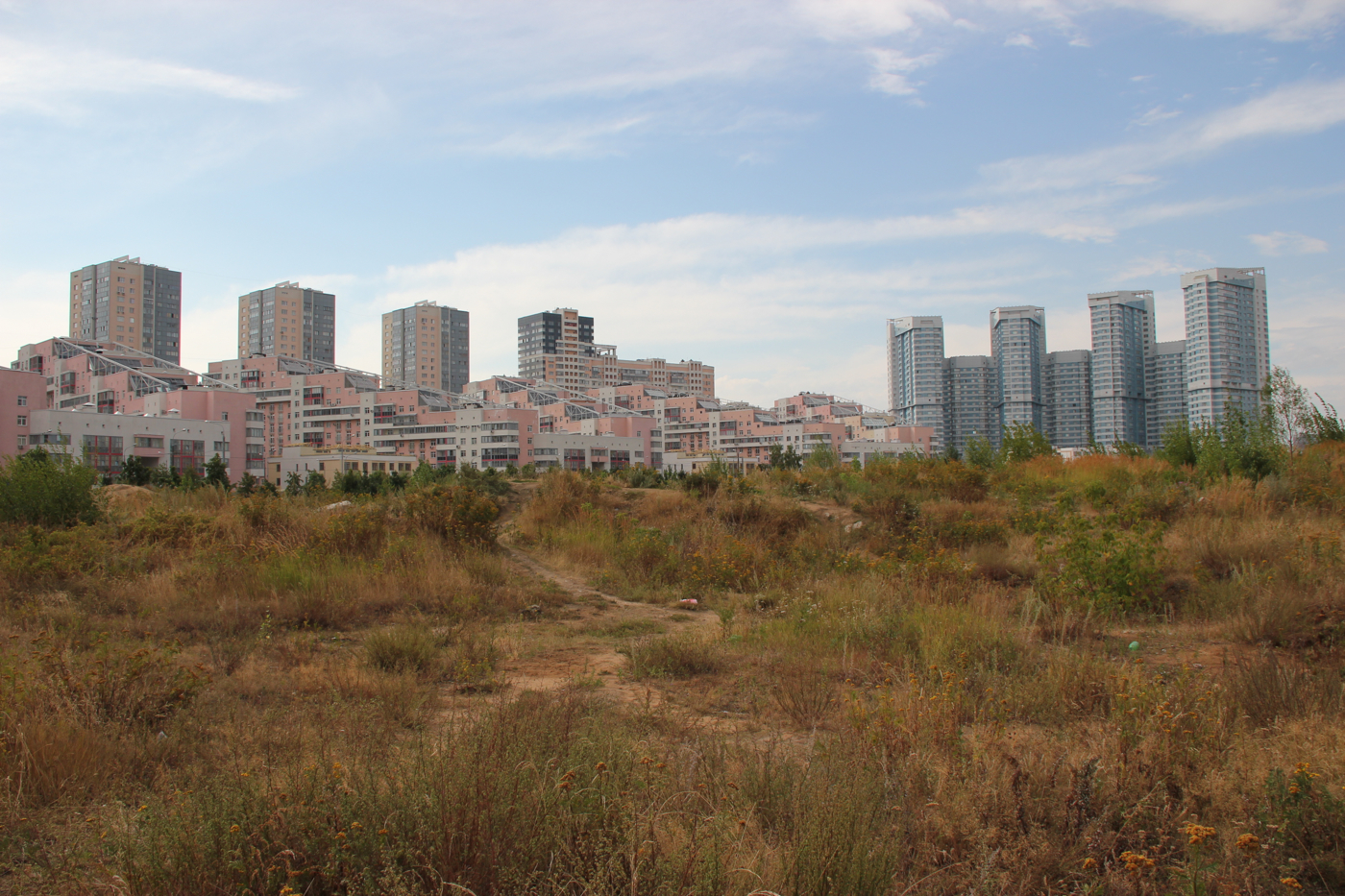 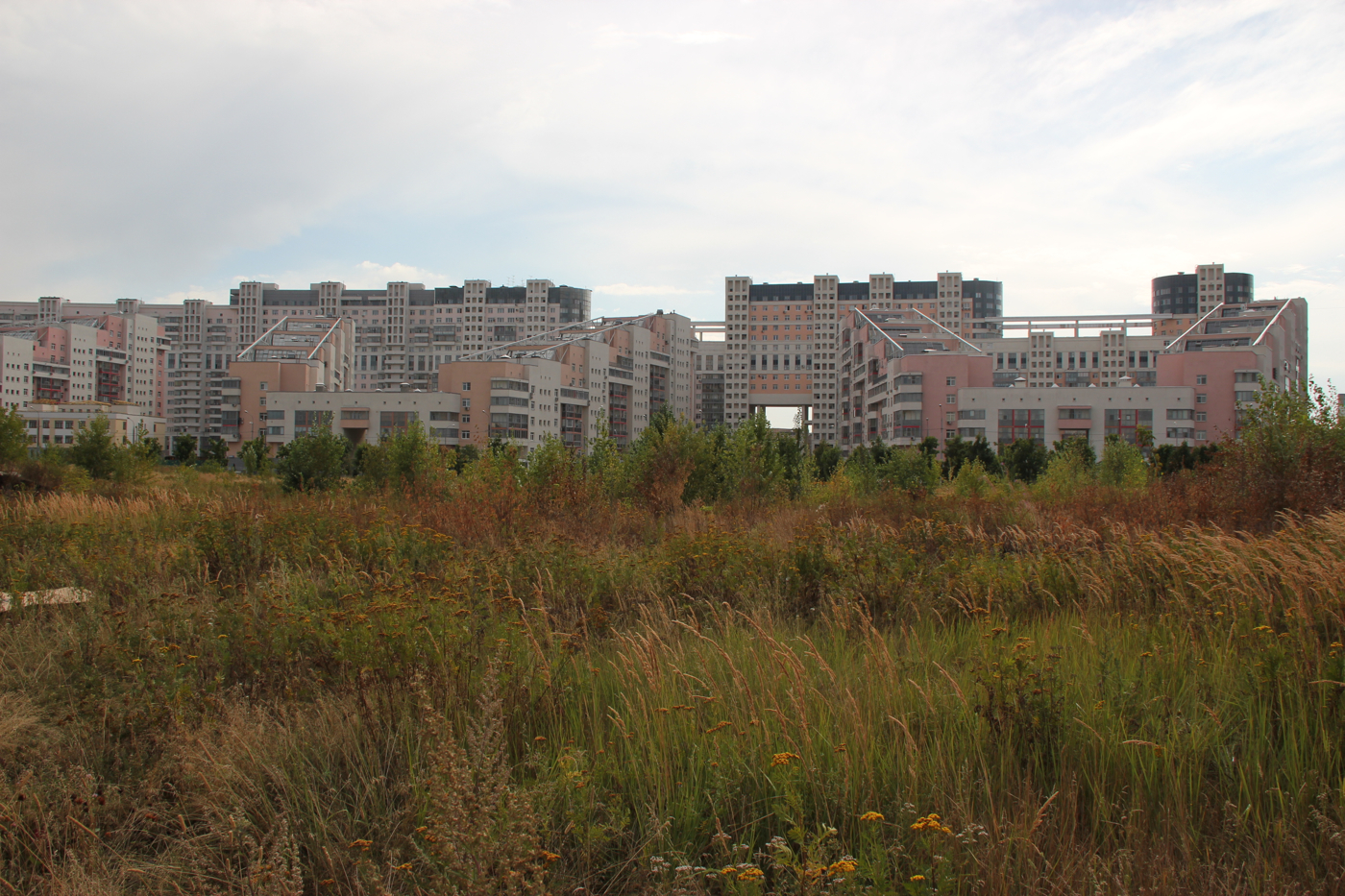 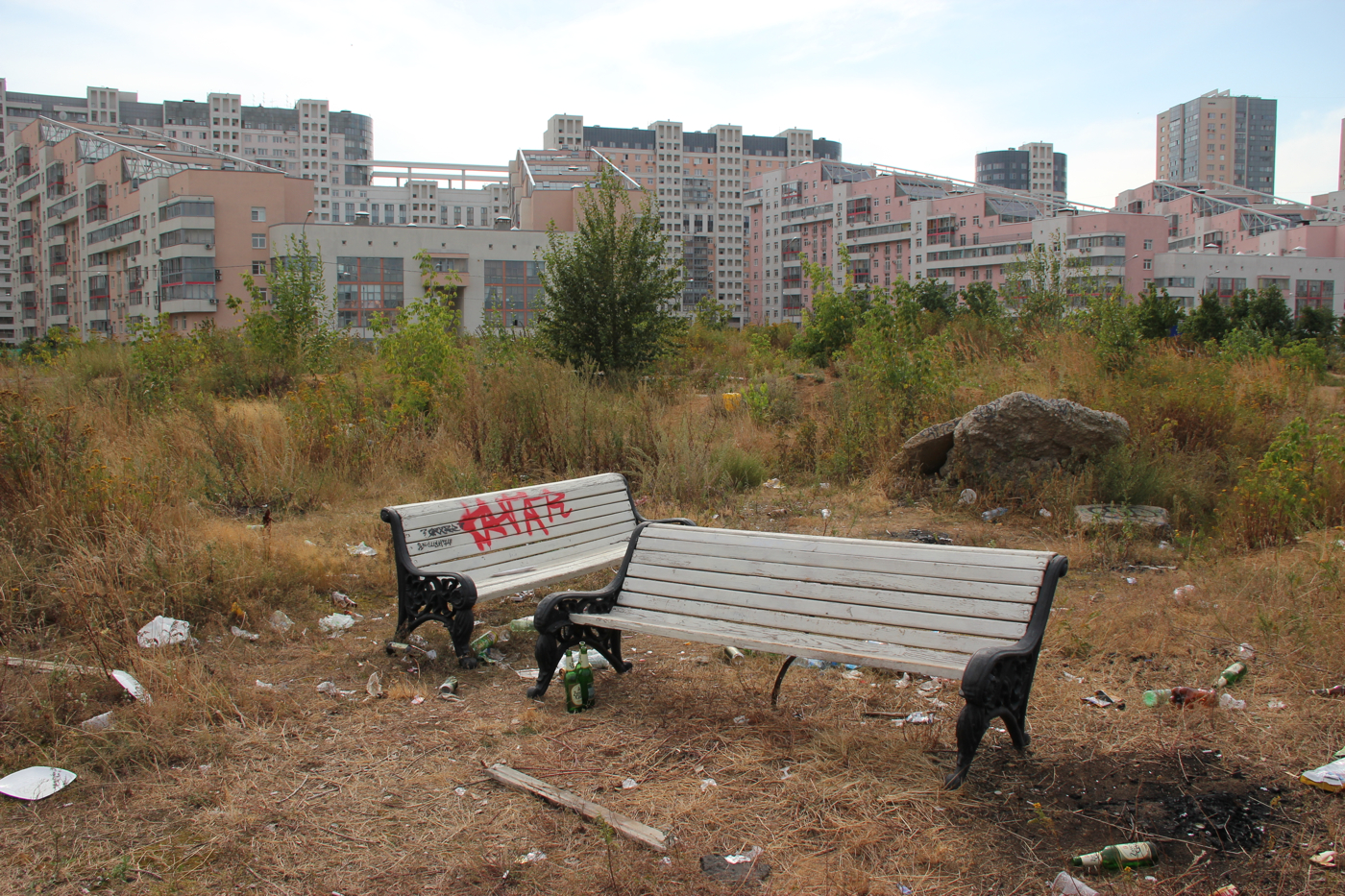 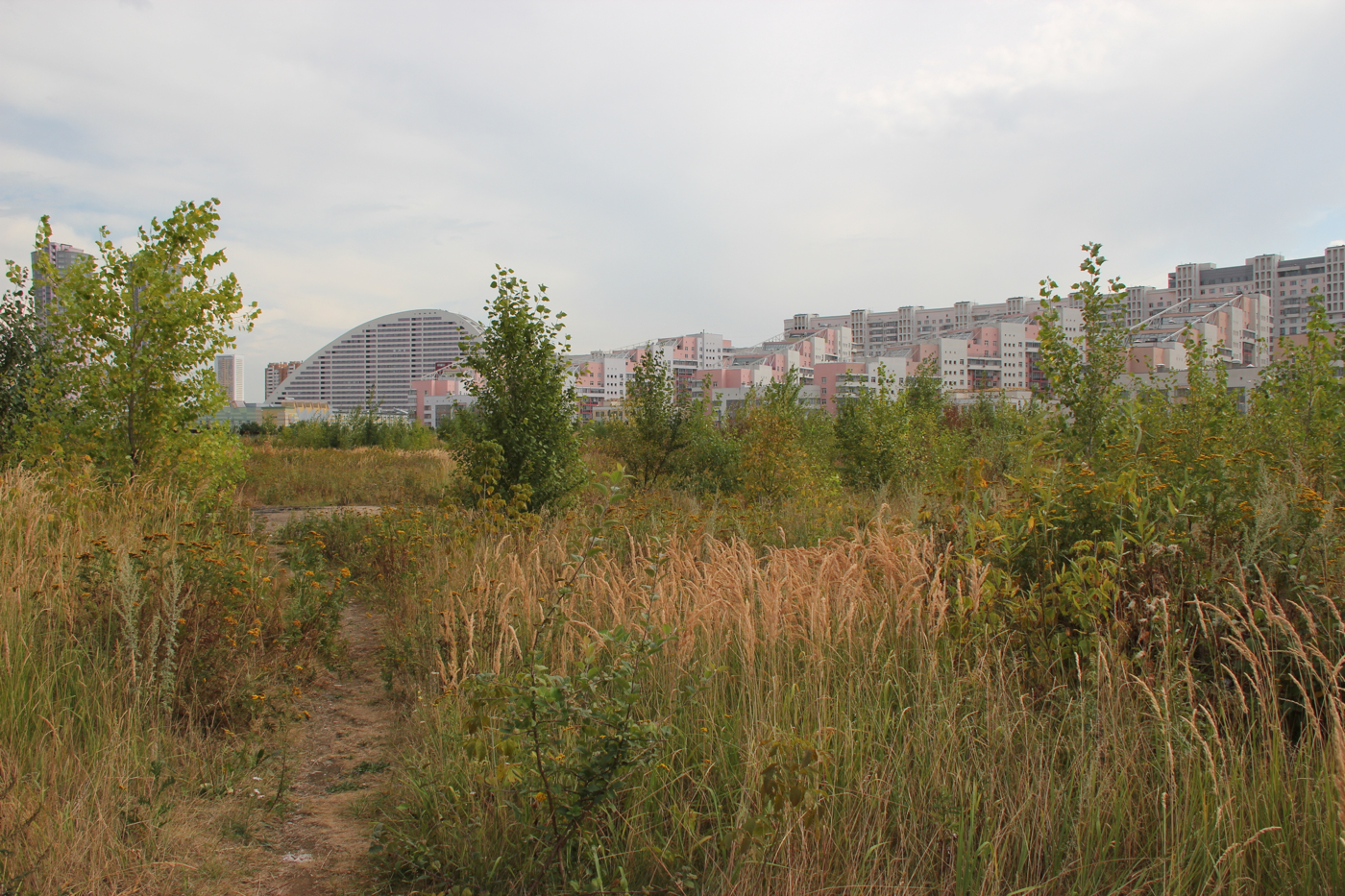 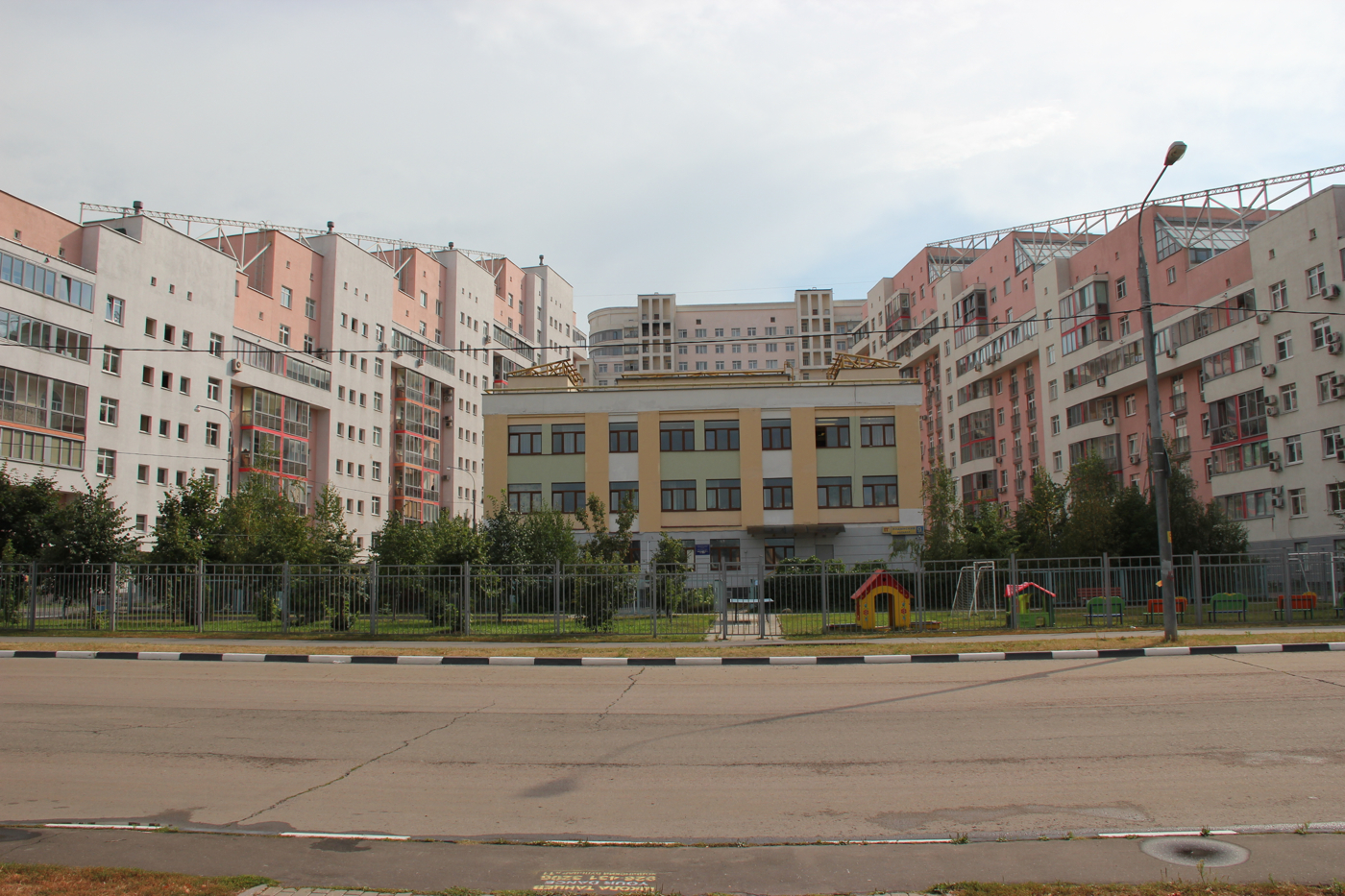 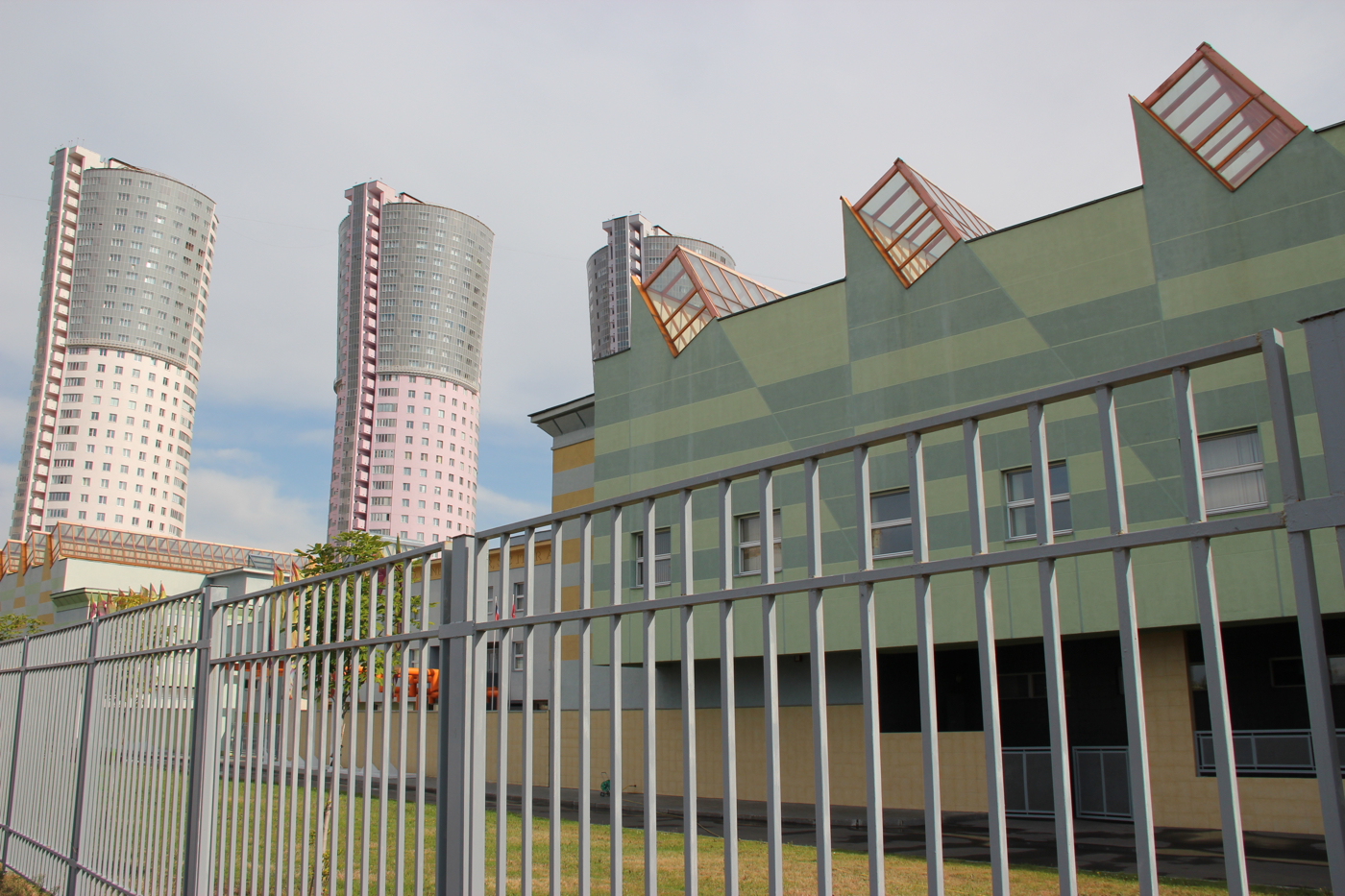 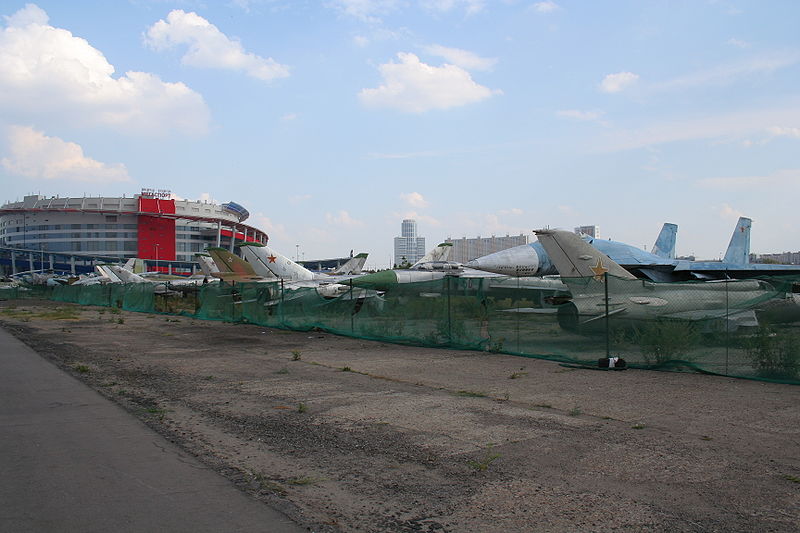 Some mourn the removal of historic aircraft (above) that once occupied the site, part of the apparently abandoned National Air and Space Museum. 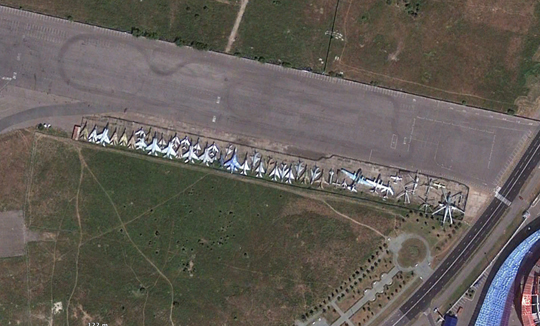 The planes and helicopters are still visible in Google Earth (above), but I didn't see them while visiting in August of this year. I hope they were just hidden from view or I was looking in the wrong place.