Creativity in the Shadow of Demolition

Last weekend, local magazines invited Londoners to have free "fun in the shadow of demolition." The fun was part of Elefest, a creative festival that takes place each year in London's Elephant and Castle neighborhood. This offered a welcome opportunity to revisit the infamous Heygate Estate, and see for myself if rumors of its imminent demolition were any truer now than they were last spring. 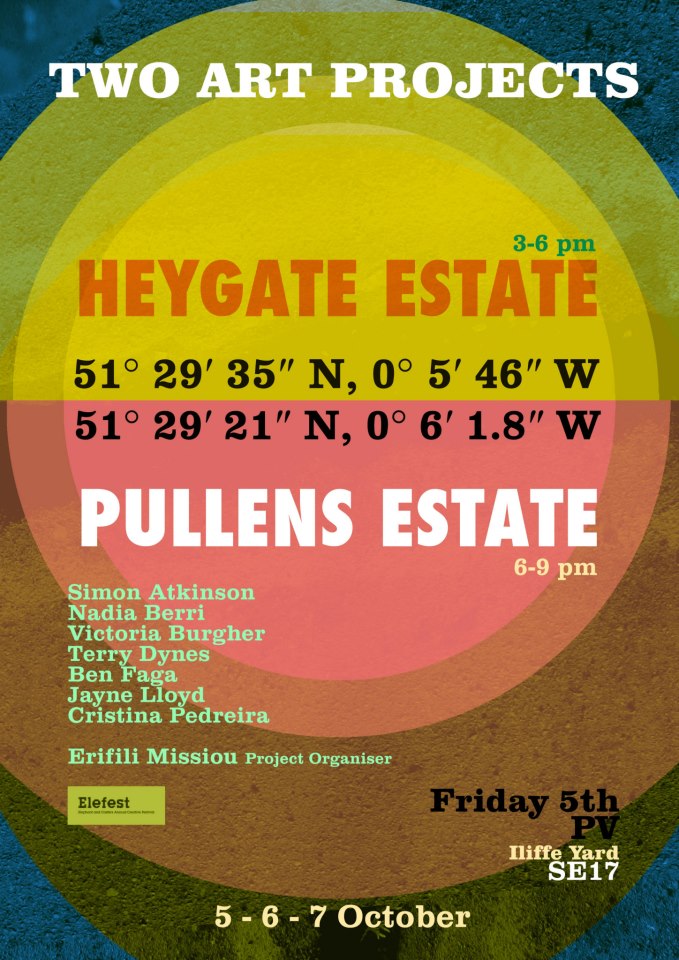 Poster for the 2012 creative festival in London's Elephant and Castle neighborhood. Source: Elefest

Elefest was inaugurated in 2002 and has since become a staple event for South Londoners. A celebration of local creativity, it changes venues each year between galleries, studios, public spaces and a range of unconventional locales. This year's theme focused on the environment, both built and natural. 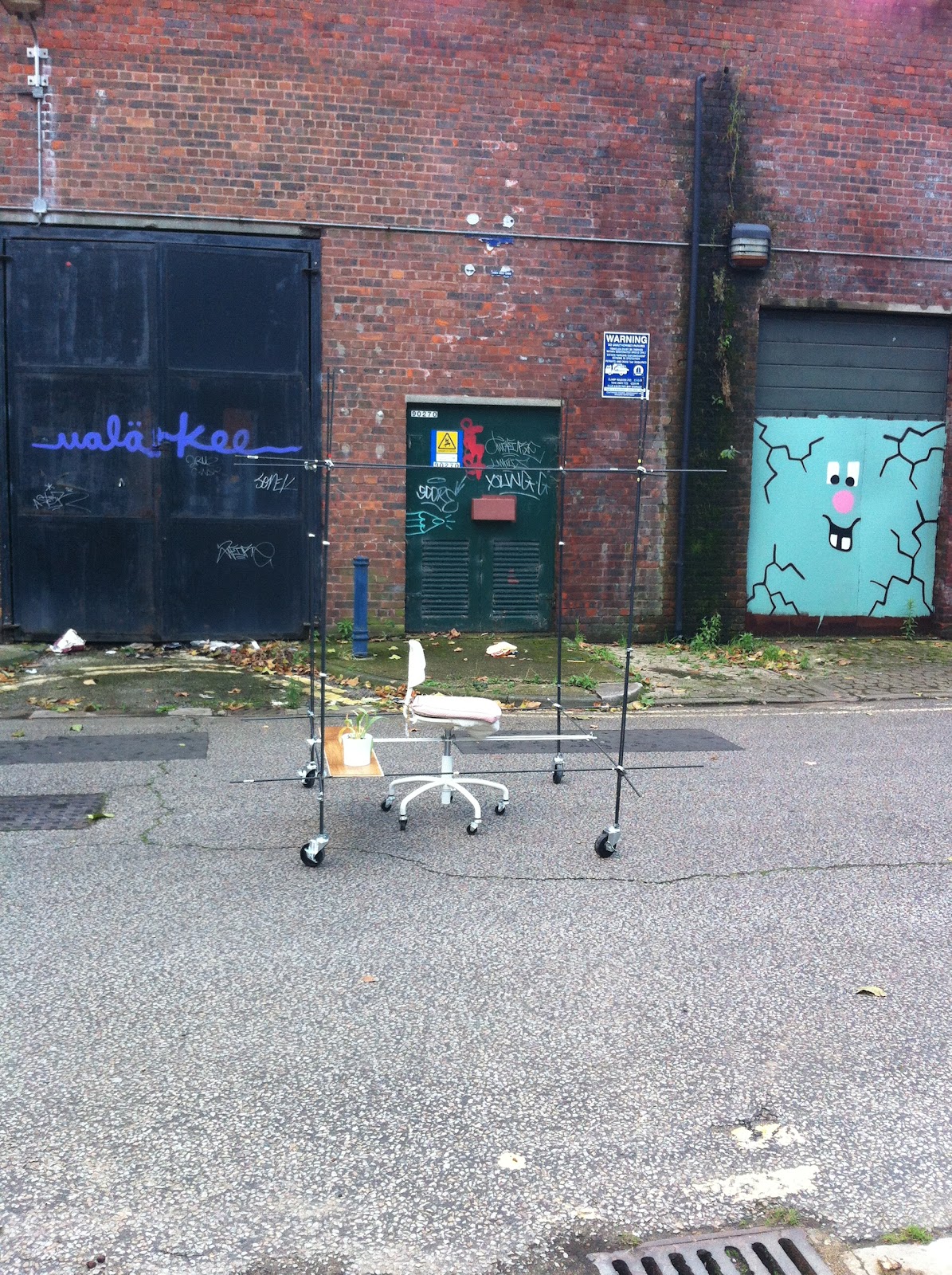 Open-air gallery at the Heygate Estate. 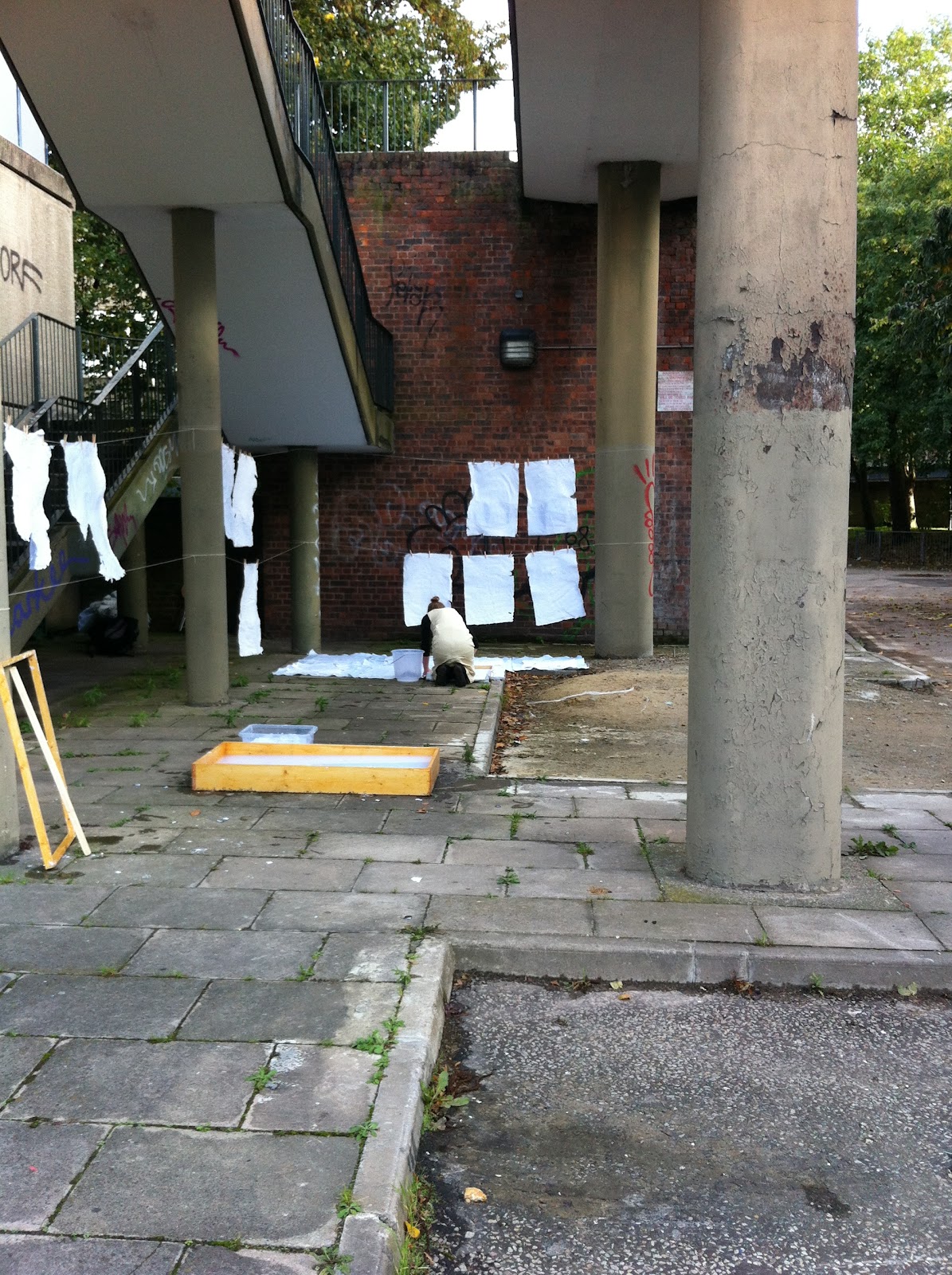 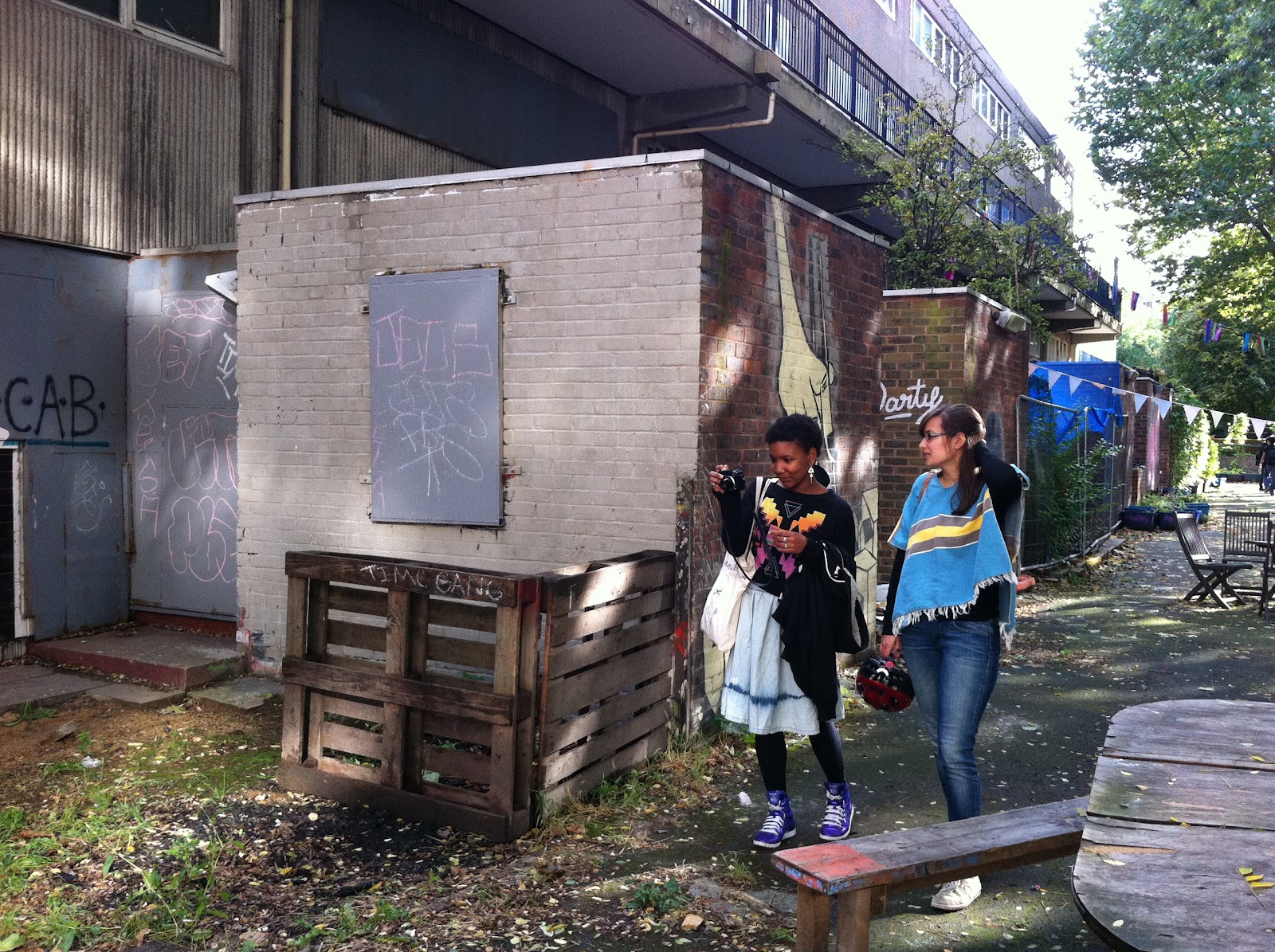 The main event, "Estate Art," brought together eight artists for an open-air show at the Heygate Estate. The artists were encouraged to respond intuitively to the space and materiality of the area, "possibly bringing some pre-conceived elements, possibly not," in an effort to create playful art. Visitors could watch the artists at work or become participants in performance-based pieces. 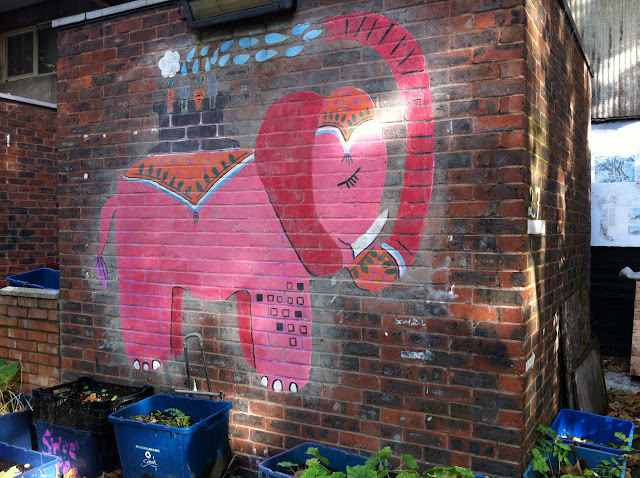 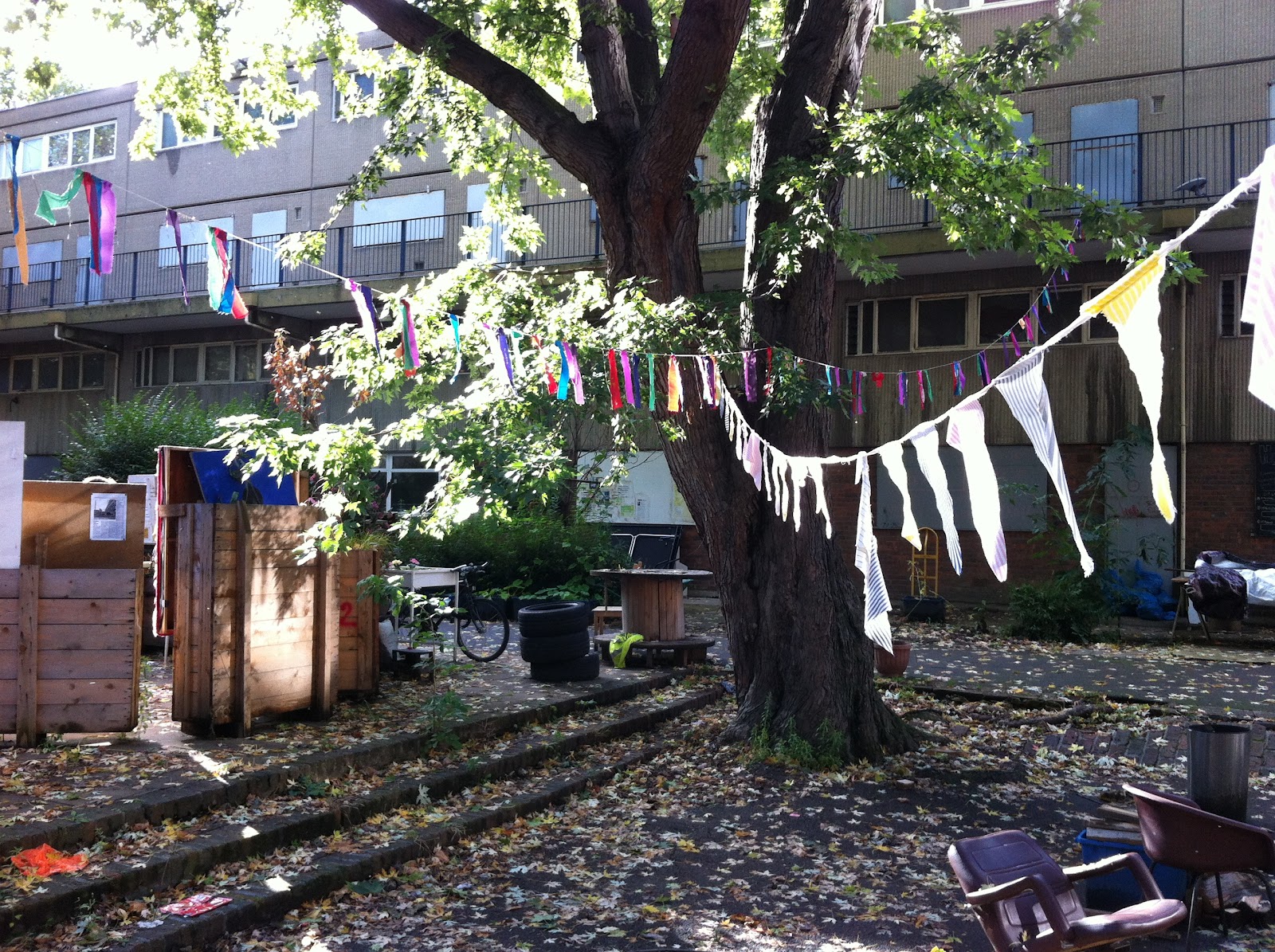 The Heygate Guerilla Gardeners space at the core of the Heygate Estate. 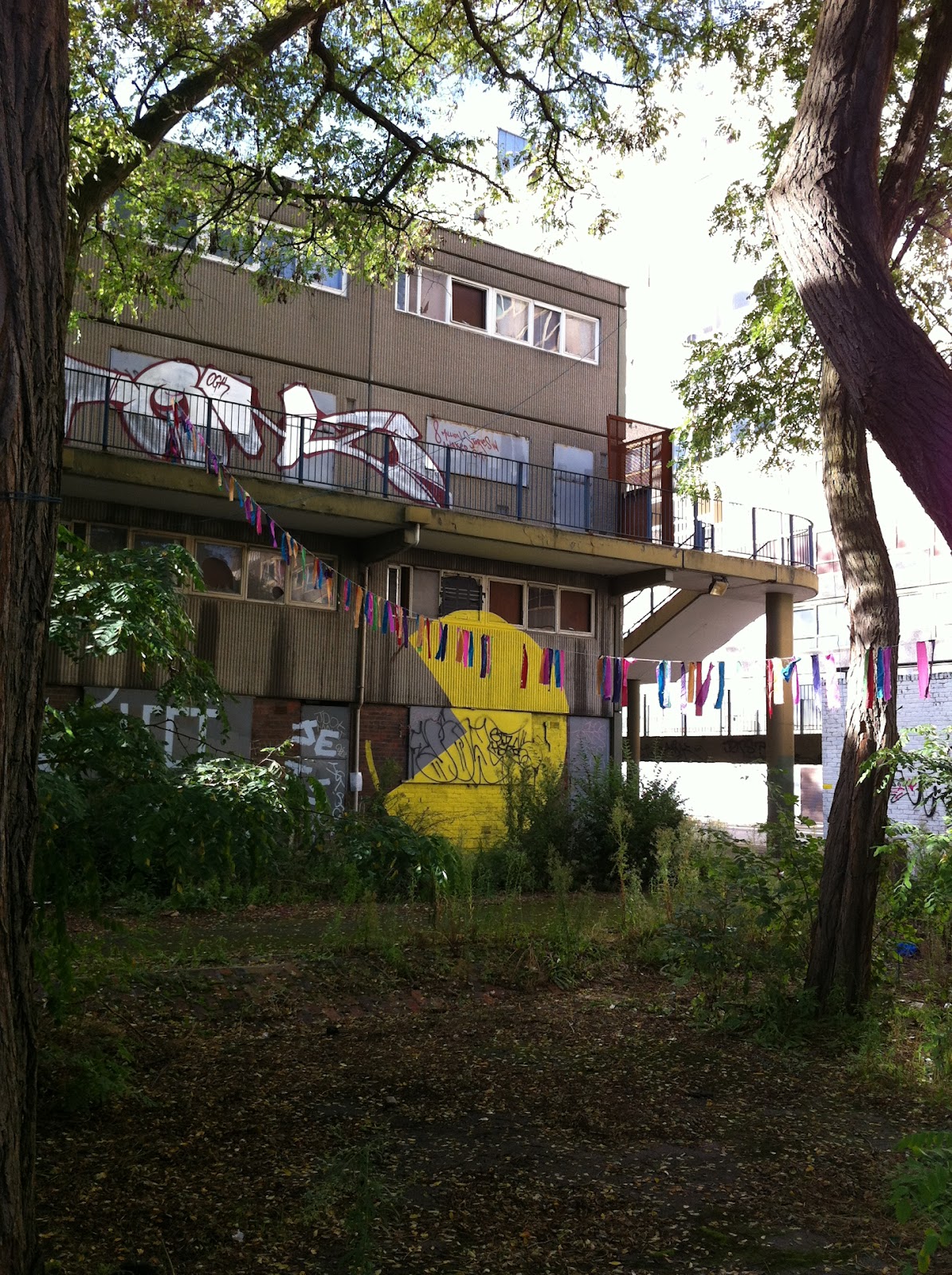 Pac-man graffiti on one of the Heygate low-rises.

This year's festival also revolved around the theme of urban transformation, as its main venues went through several metamorphoses to accommodate the variety of scheduled events. A former Shell station hosted StockMKT, a night market with fresh food and live music. On Saturday morning the same venue was home to "Food that Makes Community," an occasion for tasting the national cuisines of Elephant and Castle's diverse residents. On Sunday, the former gas station hosted the Underground Skate Film Festival. 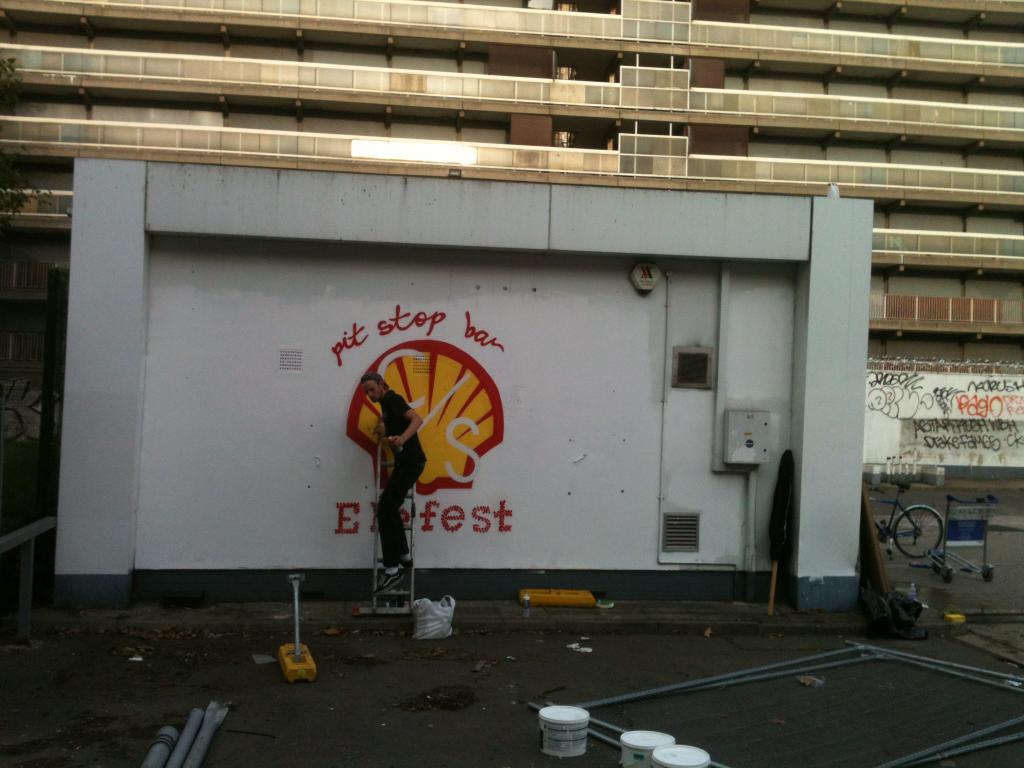 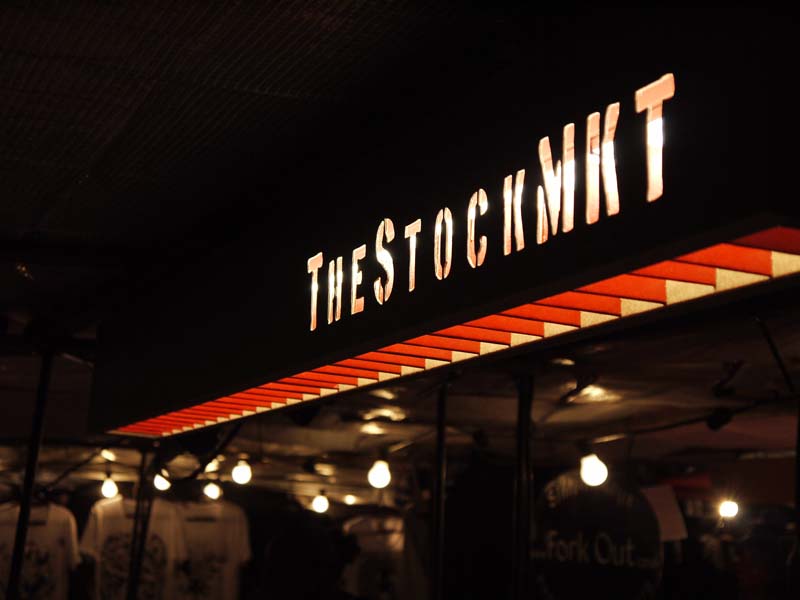 A few blocks away, at the Pullens site, the Electric Elephant Cafe showed two vintage films about London's music scene. Unmentioned in the events program, but unmissable for visitors to the Heygate Estate, were the remains of a pop-up cinema event hosted by the Heygate Regeneration Scheme, a "guerilla gardening group" that has fought against the estate's demolition for years. In fact, although at the center of Elefest's main venue, the Heygate Regeneration Scheme was not included in the festival's calendar of events. Instead, Elefest chose to feature what some critics have called the "developer compliant" community gardening project Mobile Gardeners. As Elefest 2012 was funded by the Southwark Council, it comes as no surprise that organizers chose a less controversial stance towards the fate of the estate. 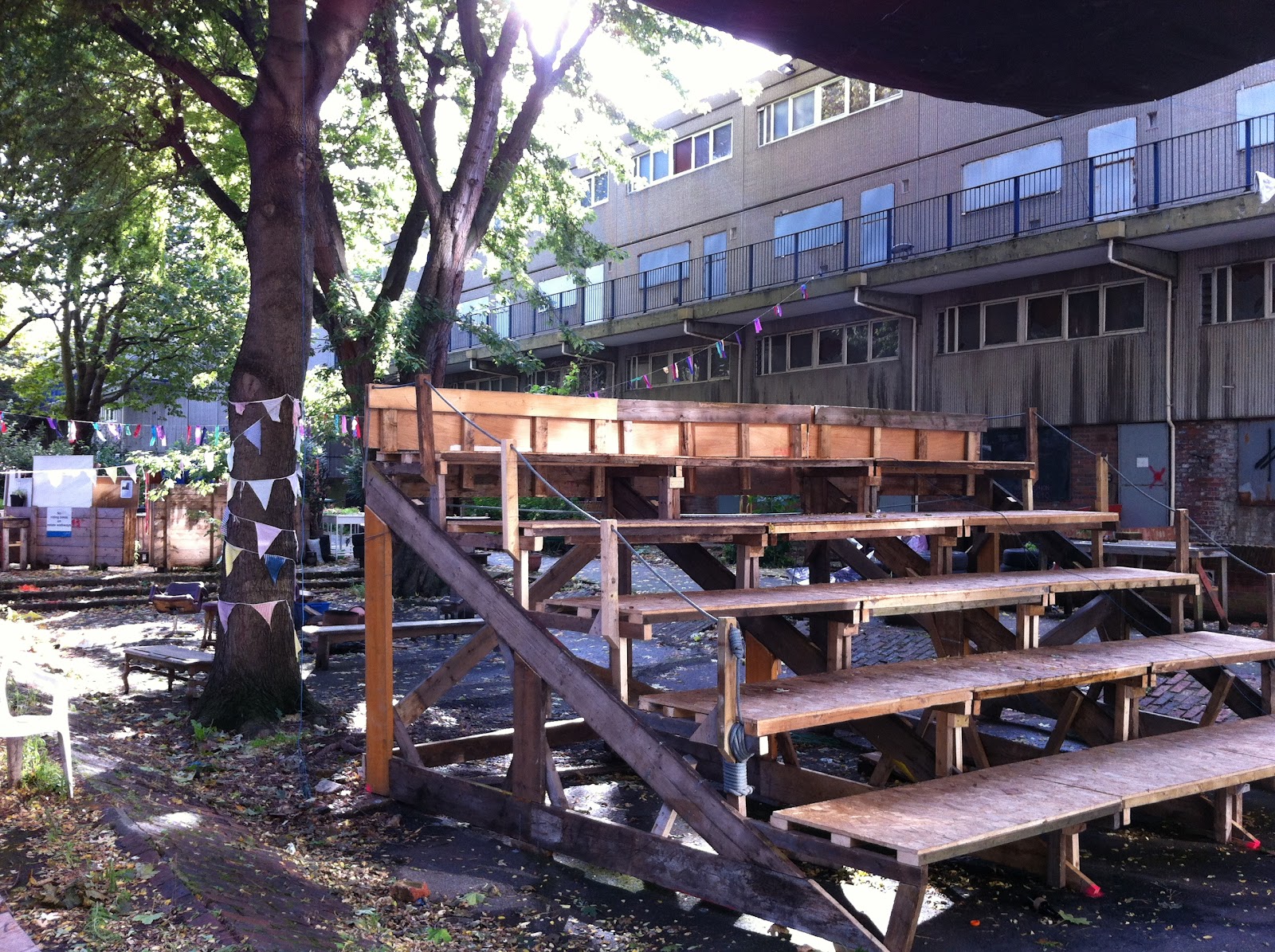 Remains of a pop-up cinema event.

Thanks to Elefest, the Heygate appeared less like a doomed estate and more like a vibrant community space, attracting families from the area as well as students and hipsters. Although the Southwark Council has taken more steps toward demolition since last spring, the Heygate remains largely open to the public. Crowds were small, giving the events an aura of a cozy neighborhood fiesta.

Still, I couldn't help wondering what the 3,000 relocated residents of the condemned estate were doing at that moment. How did they feel when their weekend paper invited them to have fun in the shadow of their former, soon-to-be demolished homes?

Credits: Photos by Cristiana Strava unless otherwise noted in the captions.