Since 1985, the United Nations has designated the first Monday of October as World Habitat Day. The idea is to reflect on the state of towns and cities and the basic right of all to adequate shelter. It is also intended to remind the world of its collective responsibility for the future of human habitats. 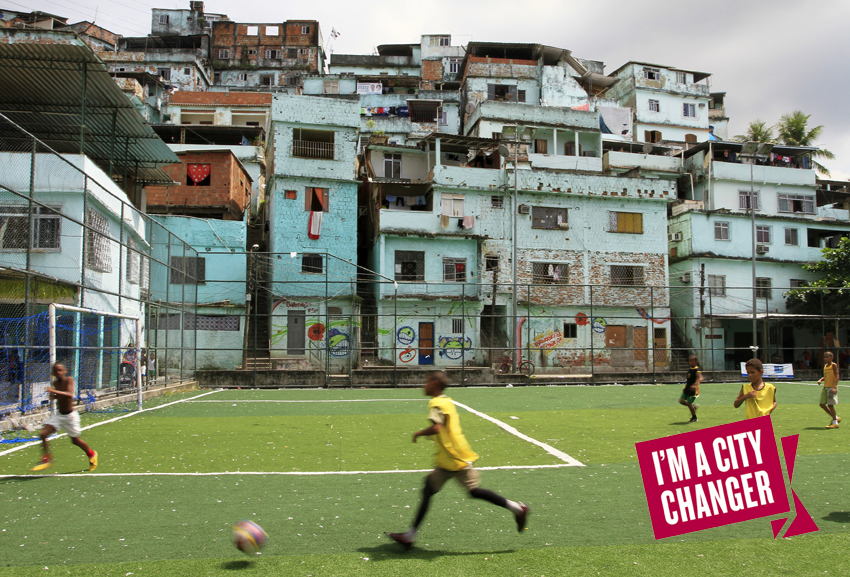 Kids playing in a Rio favela. Source: The Future We Want

This year's theme, "Changing Cities, Building Opportunities," is part of UN-HABITAT's new "I'm a City Changer" campaign. The theme builds upon a vision of metropolitan areas as sources of positive social, political and economic transformation. World Habitat Day emphasizes the idea that cities are built upon dreams of improvement and prosperity. Dr. Joan Clos, executive director of UN-HABITAT, sees planning as the most important tool for supporting positive change at local and global scales.

The City Changer campaign has six elements: a resilient city, a green city, a safe and healthy city, an inclusive city, a planned city and a productive city. "Prosperity of Cities" is the focus of this year's "State of the World's Cities 2012/2013" report, which was drafted in the context of profound economic crisis in Europe. Both the report and the campaign address prosperity from a holistic point of view, based on the idea that longterm prosperity is only possible when human development and ecological wellbeing are addressed together.