Reviving a Plaza Through Collaborative Play

Macarao is a district along the periphery of Caracas, home to over 50,000 people within roughly 10 square kilometers. Dramatic problems are visible there, including prostitution, violence, poverty and inadequate healthcare. Housing is highly vulnerable to natural disaster. 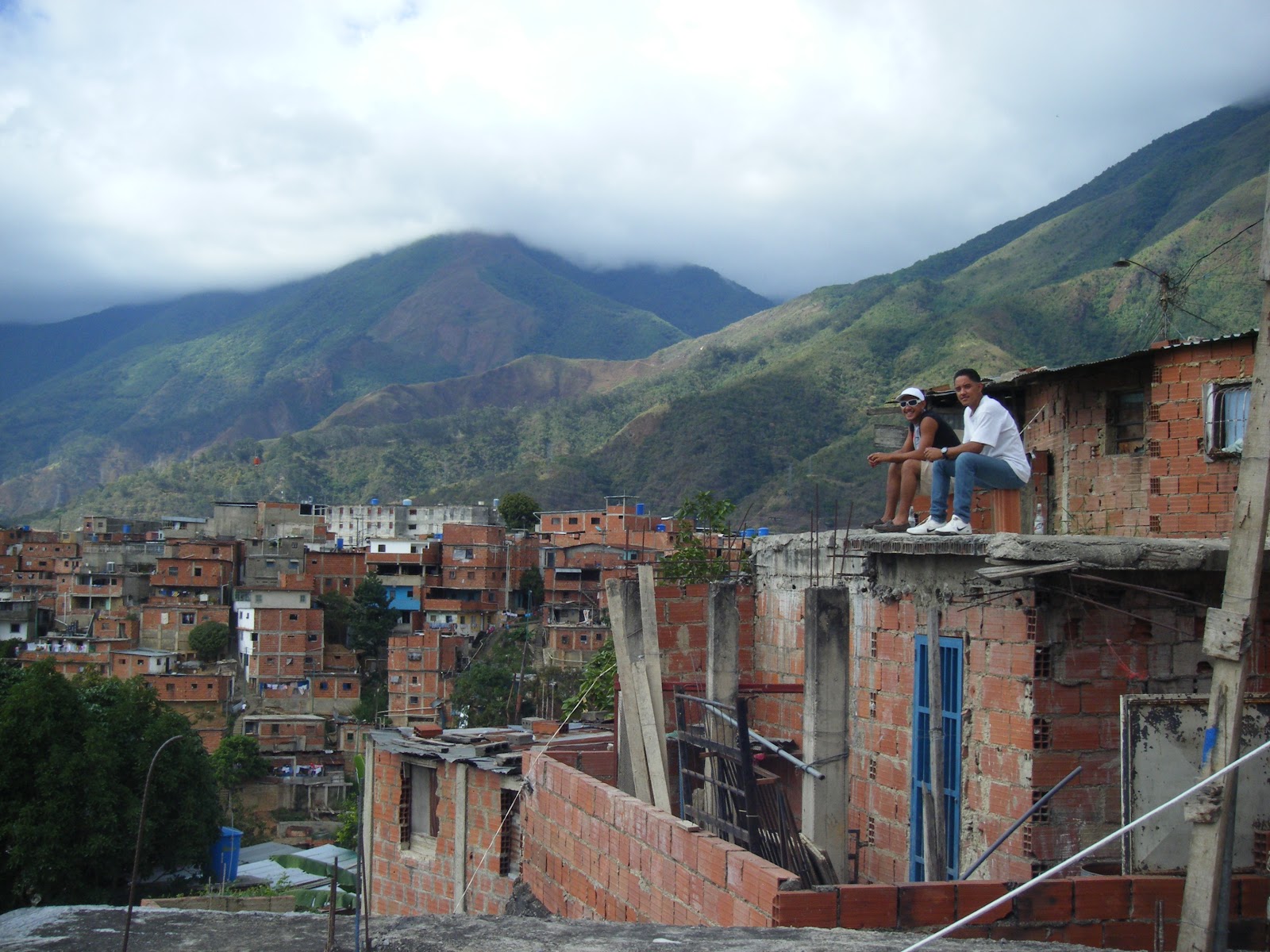 Two brothers sit on a rooftop observing the city below.

At the same time, the streets of Macarao are galleries of ingenuity — residents constantly invent their surroundings. Approaching the steep stairways and unstable shelters, it is surprising to see how quickly a grocery store is built, a small shack is expanded to accommodate a new family, a nursery is added to a community center, or a meeting place takes shape in an unclaimed space. Gathering places are highly valued in the scarcity of space for social life to unfold. 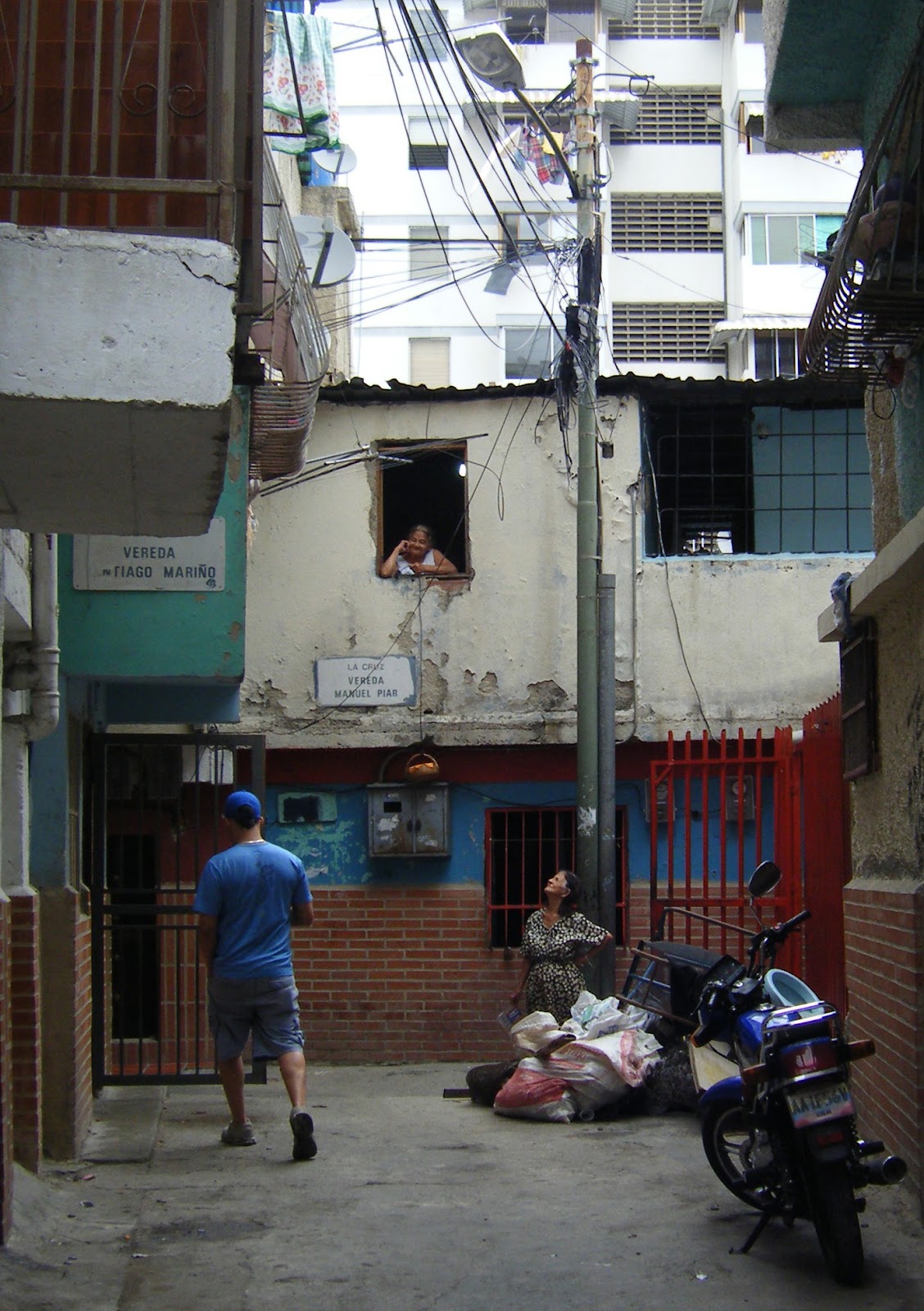 A woman lowers food in a basket to her neighbor.

In the historic center of Macarao, the population of children and teenagers is particularly high. They play games and hang out in a square beside a church from the colonial era. Plaza Bolívar, as it is called, has traditionally been a hub for social interaction. 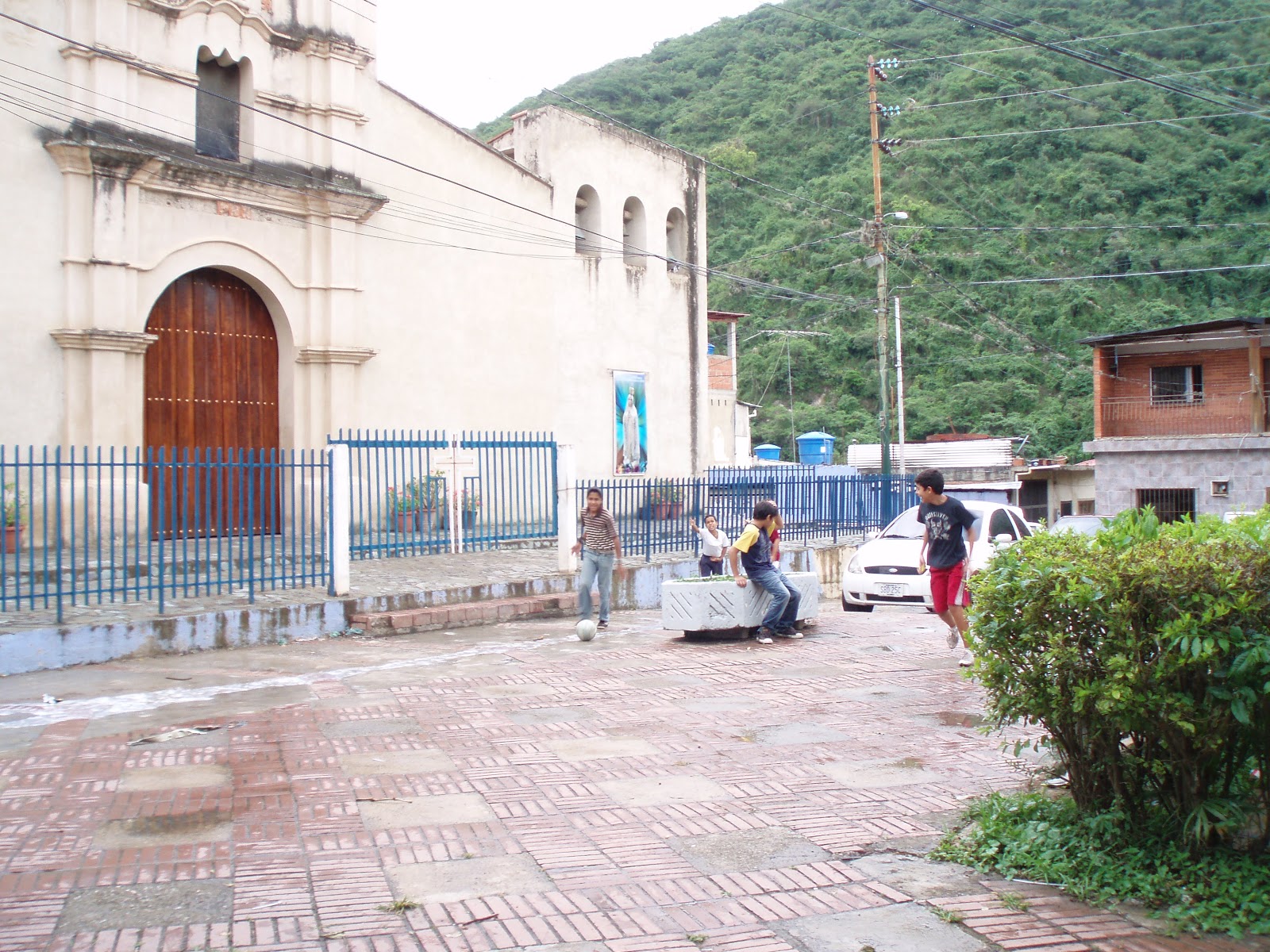 Plaza Bolívar in the historic section of Macarao.

Lack of maintenance and infrastructure has taken a toll on Plaza Bolívar. Community leaders decided to take action in collaboration with Liga de la Partida Urbana (L.P.U.), or League of the Urban Game, an activist collective that helps revive and reconfigure public space through a process rooted in inclusive play. 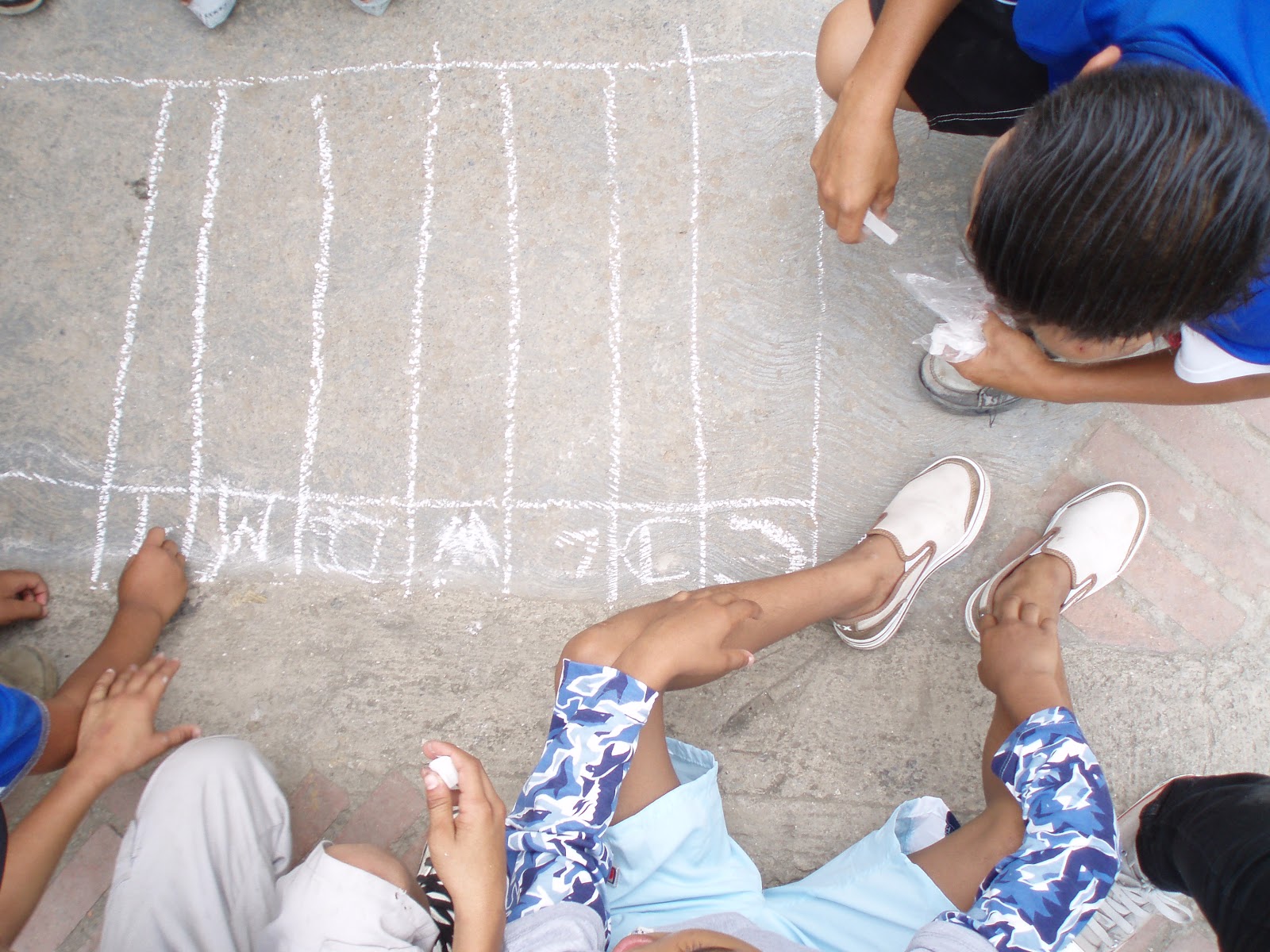 Children playing in the plaza.

L.P.U. proposed a quick and inexpensive intervention that would bring people together with a shared purpose. They planned to create lines and geometric shapes on the ground that would transform the space visually and socially, sparking dialogue among diverse participants. The proposal was presented for community review and approved. Two weeks later, the group distributed paint, brushes and tape to local children, who decided to design a panel for playing the traditional Venezuelan game fusilao. The children set up their own rules, deciding where to draw, how big the panel would have to be, and which colors would look best. 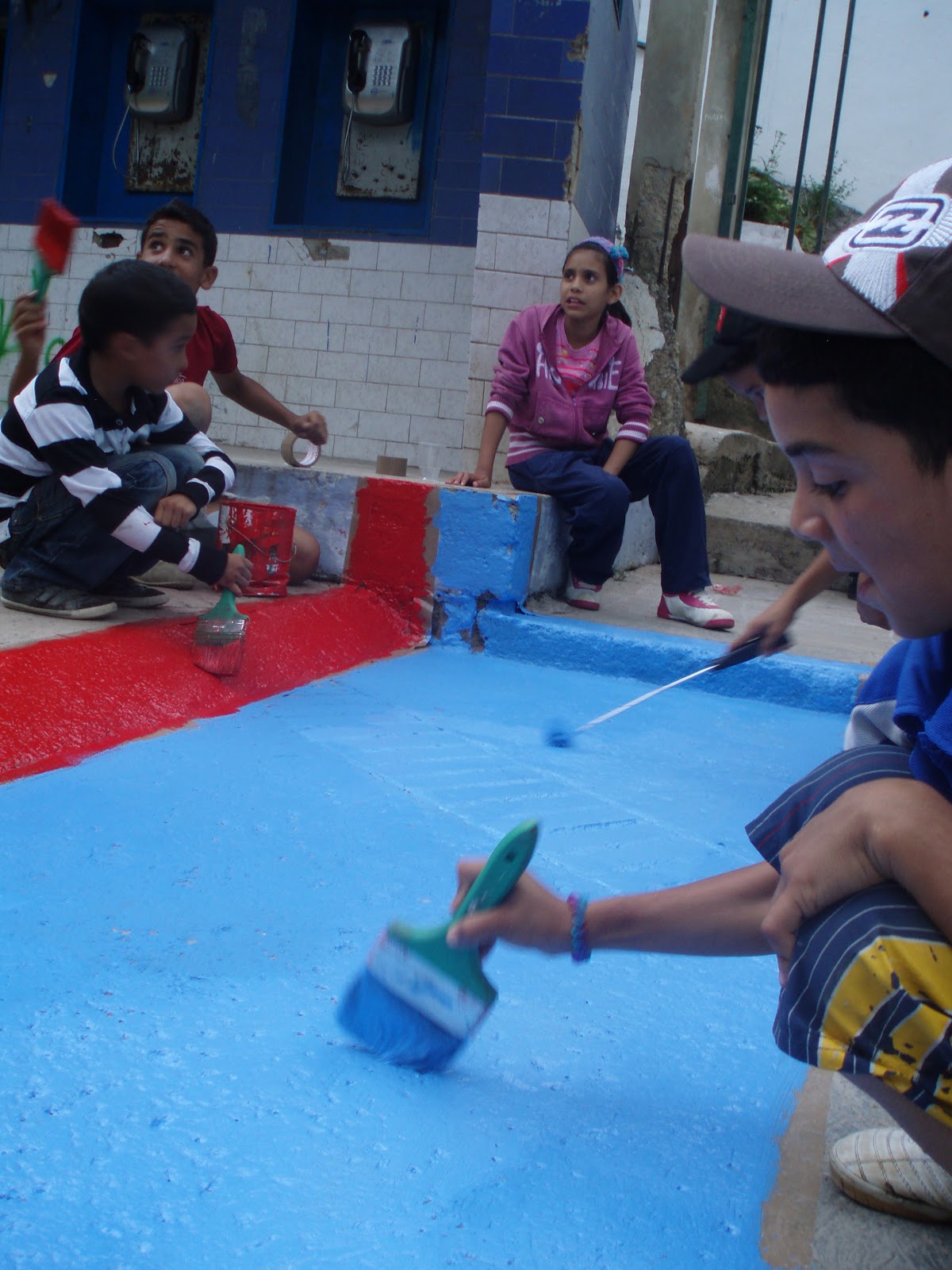 Other members of the community joined in as well, and the activity became a means of rediscovering the plaza through creative social interaction. The plaza became an immediate and changeable space that everyone could share. The intervention allowed architects, sociologists and artists to engage with the neighborhood in a spirit of collaborative play, sparking use of the plaza in surprising ways. 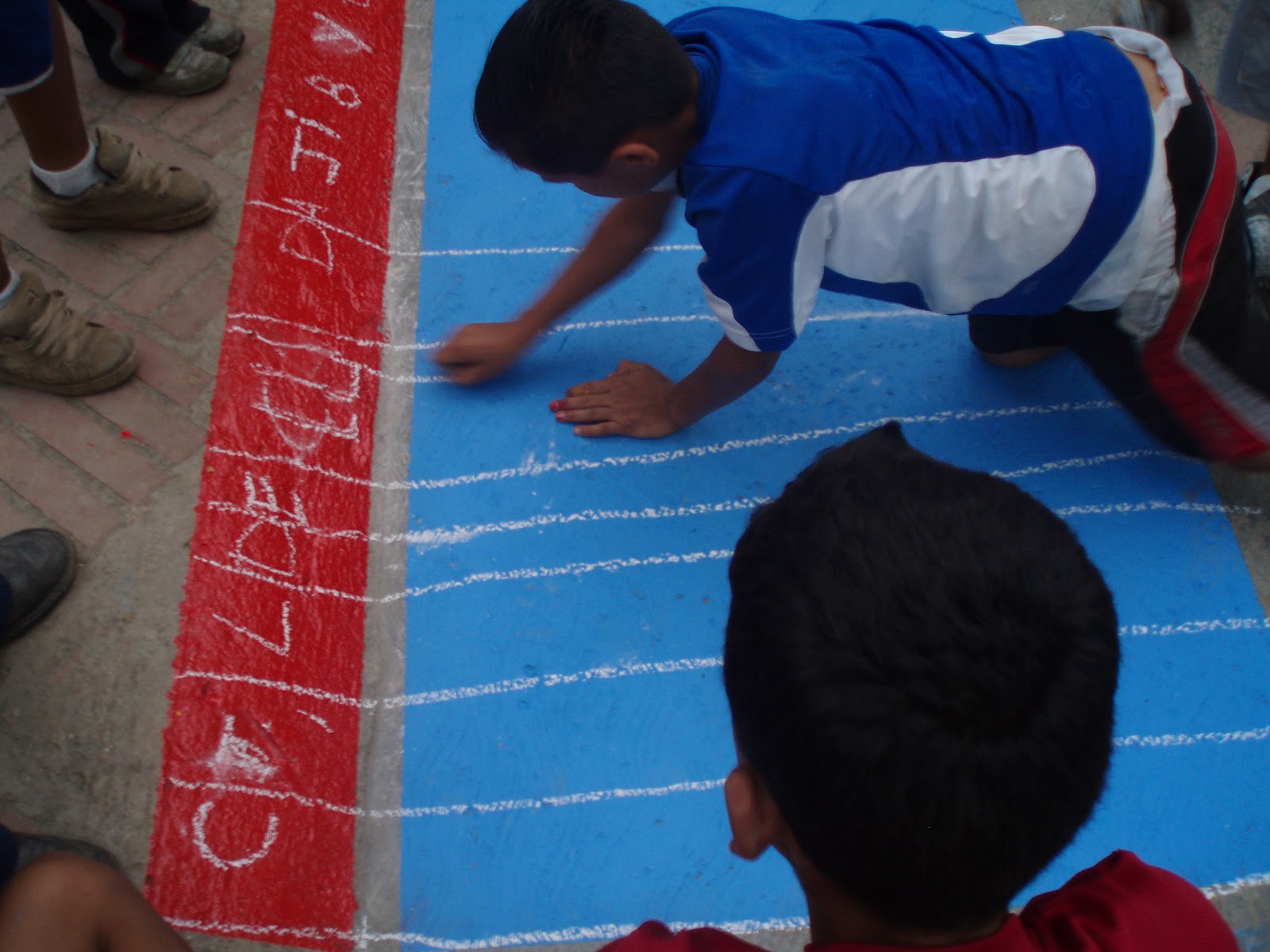 When the paint dried, the children began playing fusilao on their new panel.

Teresa García Alcaraz is an architect with a focus on community planning in informal settlements. She is a member of L.P.U., and author of Archithoughts.