Building a Landscape Architecture Journal from the Ground Up 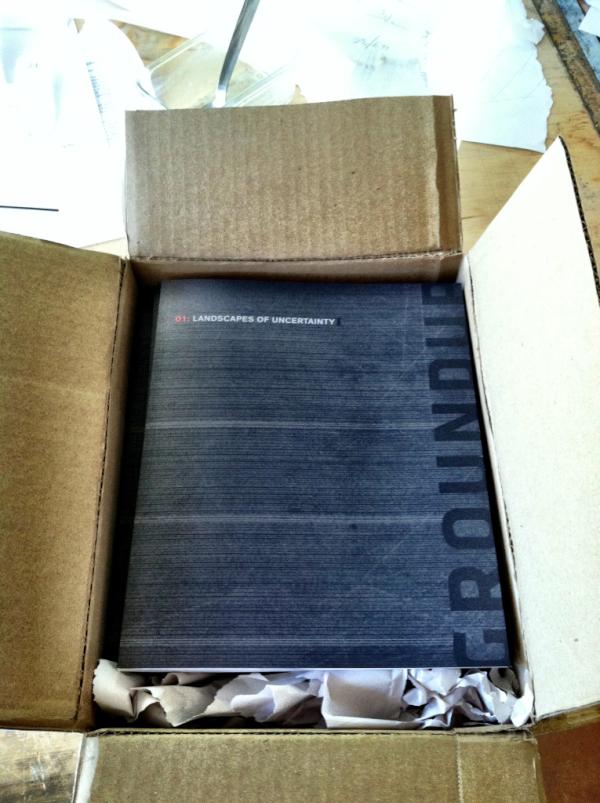 Ground Up is a new interdisciplinary journal on landscape issues, run by landscape architecture students in the College of Environmental Design at U.C. Berkeley. In this interview, editors Sara Jensen Carr and Michal Kapitulnik offer a window into the ideas and efforts that led to the publication of their first issue, titled "Landscapes of Uncertainty."

Can you give us a brief inside history of how the journal was born, imagined and accomplished?

Early in the fall of 2011, Darryl Jones, a Master of Landscape Architecture student at the College of Environmental Design, reached out to fellow ASLA (American Society of Landscape Architects) members to see whether anyone was interested in helping him spearhead a journal meant to be an outlet to discuss contemporary landscape issues outside of the curriculum at Berkeley. We started with about eight people, and in the first few months we self-organized into graphics, editorial and project management teams to deal with the practical issues of creating a publication.

Much of the ideology of the journal and its operational strategy was developed through hours of presenting ideas to each other and deliberating. Before the calls for submissions or the theme of the journal were even discussed, a manifesto about the intent and framework of the journal itself began to emerge. The manifesto would serve as both a platform for students at Berkeley to discuss issues affecting contemporary landscape praxis and as a mechanism for capturing and curating a succinct moment in time. The theme of the first edition — landscapes of uncertainty — grew pretty naturally as an extension of our own process of struggling to define the journal, and the broader field of landscape as a whole. 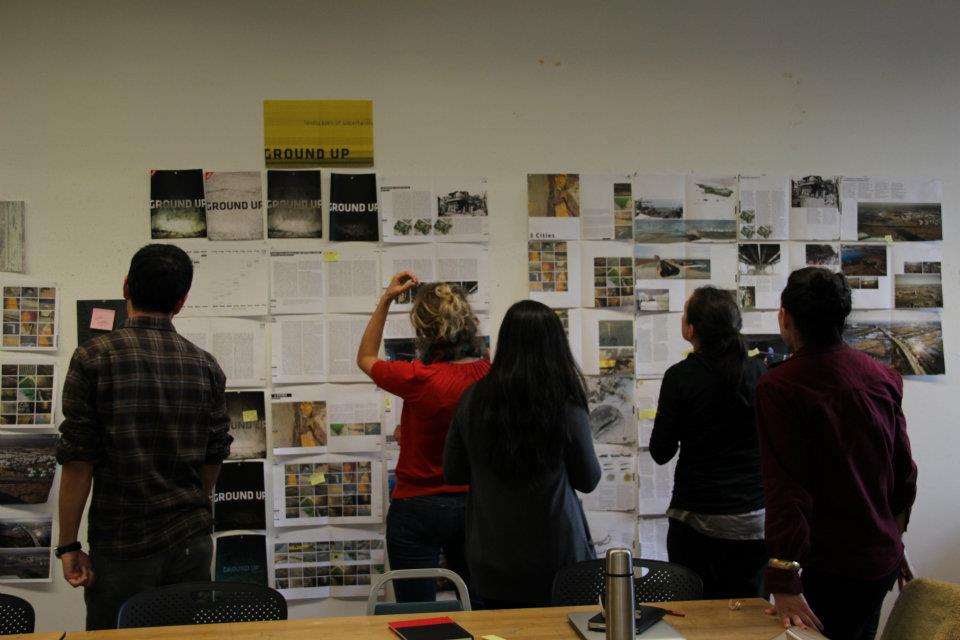 Tell us about the journal's internal architecture. What were some of the challenges and opportunities in identifying, organizing and placing articles?

We knew the theme of "uncertainty" had resonance in today's social, economic and environmental climates, so when we put the call for submissions out, we anticipated that we would get back articles that touched on these issues. That said, uncertainty is a somewhat broad issue, and we got back about 120 submissions to choose from, in addition to some invited work.

The most difficult part was trying to frame a discussion within the journal itself. If one article laid out some underlying theory about space or environment, we wanted to show what that could possibly look like in the public realm. That also speaks to how we tried to balance essays with visuals or designed projects. Through the process of culling down the submissions, we also became really intimately acquainted with the content, which allowed us to start to see how pieces could be sequenced in a way that helped choreograph a larger discussion and illuminate issues and questions at a variety of scales.

When we crafted a mission statement or manifesto for the journal, we also said we wanted to explore local issues with global relevance. That can actually go both ways — to explore global issues with local relevance. So in that respect, we tried to juxtapose Bay Area projects, which in the future we hope will expand to other places on the West Coast, with national and international projects so we could really examine how place plays a large part in interpreting those issues. 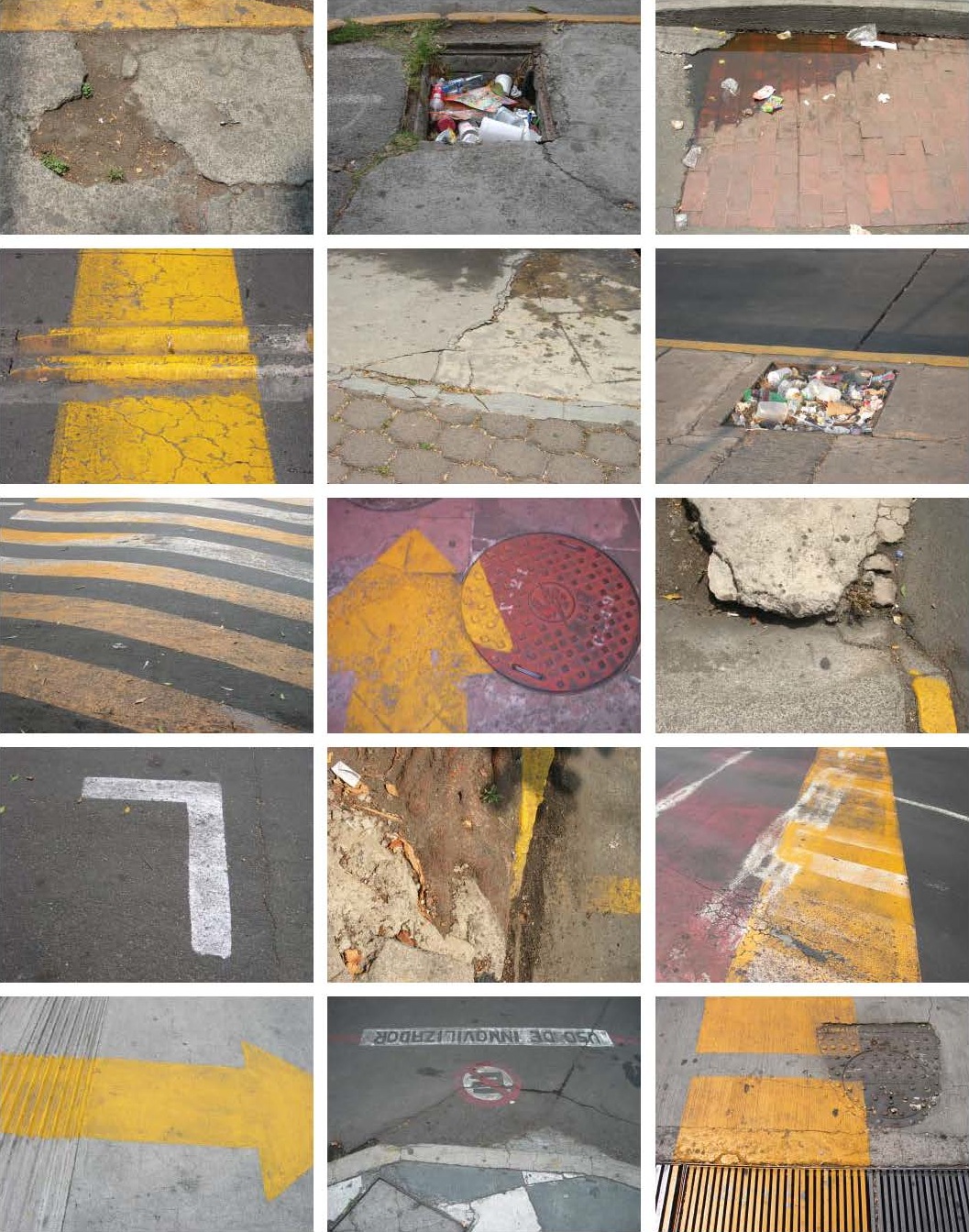 What makes Ground Up a student-led journal rather than an institutionally driven publication? How do you negotiate sponsorship, editorial control and budgetary constraints?

We conceived of the journal before we had any money for it, and the impetus to found the journal definitely came out of this group of students, rather than guided by the curriculum or faculty at Berkeley. The first budgetary difficulty came in trying to convince the department and the college that we strongly felt the journal had to be a tangible object, i.e., not online only. We spent weeks convincing ourselves that creating a curated object was important to us, but ultimately this process made us better able to articulate our intent in the grants and fellowships we applied for. This isn't the kind of journal where you would download a PDF of a single article, without the context of the rest of the journal — it would lose impact. The images and the words had to speak to each other, with a cohesive narrative throughout.

It was a difficult battle to fight, but eventually we did get funding from the Beatrix Farrand Fund through the landscape architecture and environmental planning department here at Berkeley. We're really excited to be selling the journal now through William Stout Books in San Francisco. Our main objective in this first year is to get the journal in as many hands as possible and to funnel whatever money we make back into the next edition, "Grit," for which the call to submissions was released earlier this week. Unfortunately, funding for future issues is still very much unknown, but in some ways the scrappiness that comes out of a lack of guaranteed support is what helped motivate and push us to create a really beautiful and substantive product on our own.

Since we weren't explicitly representing our department while creating the first issue, this factor gave us editorial free reign. We did want to showcase some work coming out of the Bay Area, which we did via the interviews with Marcel Wilson and David Fletcher, Rebar Group, etc. In our field, Harvard and Penn probably have the most prominent academic journals, and the projects and issues they discuss are firmly situated on the East Coast. We felt that the ethos of West Coast landscape hadn't really been discussed on a larger stage yet, particularly the strain of design activism that is unique to this area and particularly to Berkeley's history. 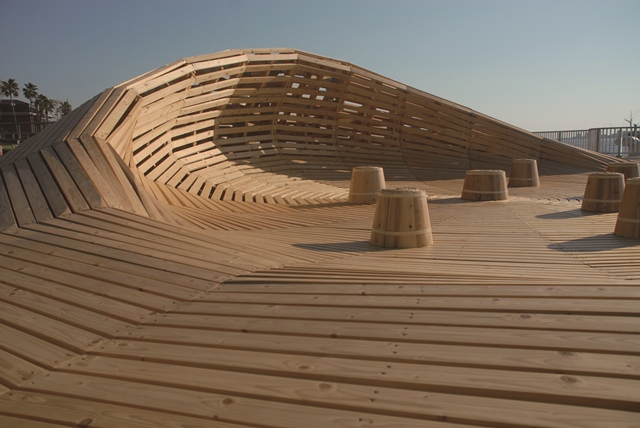 "Crater Lake" by Fumio Hirakawa and Marina Topunova of 24° Studio.

The word "landscape" gets thrown around a lot in academic and popular discourse in a way that seemingly has no ties to the physical environment. For instance, in the upcoming election, when news outlets discuss the "political landscape," the "economic landscape," or the "cultural landscape," it's not so much about the visible evidence of these issues on the environment, but rather surveying an issue as a whole. So "landscape" as a term has already been thoroughly cross-pollinated.

However, when you begin to break down how people experience these issues in the public realm on an individual level, then the physical landscape becomes a setting and facilitator for interaction and then action. A lot of our initial discussions about what the journal would be began with thinking about Sproul Plaza, which is just down the hill from the College of Environmental Design. It is a literal platform for free speech; there's a flatness to the hardscape that allows for assembly and slight elevation changes for performance or speech. These elevation changes are not imposing, and there are multiple "platforms" that rise over the plaza — there's a democracy to the design. When you combine those factors with the type of action we saw during the U.C. budget cuts, and later in the Occupy protests, the role of the physical landscape becomes very powerful. That has always been the case of landscape architecture. We can call it a niche, but it's definitely not emergent. We wanted to understand better how these issues meet the literal ground and look at projects or spaces that address larger issues even while remaining highly local.

The themes actually emerged after we received submissions and had made initial selections about content. It was never the intention to break up the journal into those three parts, but that narrative started to appear as we delved into the content. I think the takeaway we got from that the submissions was that, in the face of uncertainty, commonly overlooked or endangered spaces, such as the highway landscapes highlighted by Kimberly Garza and James Santer and Nina Vollenbroker or the wetlands project by Chris Holzwart, are worthy of examination, to see how they either reflect larger systemic trends or can react to them. Seeing how designers, space-makers and theorists reacted to that uncertainty — either through acupunctural insertions into the built environment or through larger tactical strategies — was interesting to us, and we hope to our readers as well. 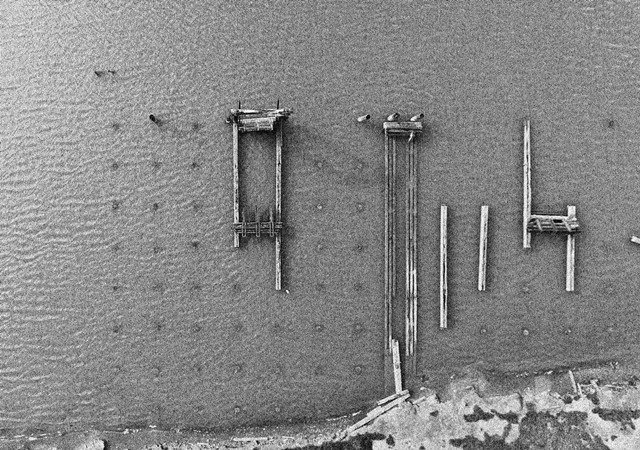 Part of the mission of the publication is to influence the professional practice of landscape architecture. How will Ground Up achieve this goal?

While we can't really claim to have any "influence" on the professional practice of landscape architecture, our mission is to provide a platform for discussing how social and environmental issues inform practice, and vice versa. We hope that the journal will appeal not just to designers and planners, but to anybody interested in the underlying systems of the built and natural environment. If we can shed a little light on what the practice of landscape architecture involves, then we've partly accomplished that. In part, the journal is also an exercise in allowing students to engage with their own education at Berkeley and frame the conversations they want to have about the profession. 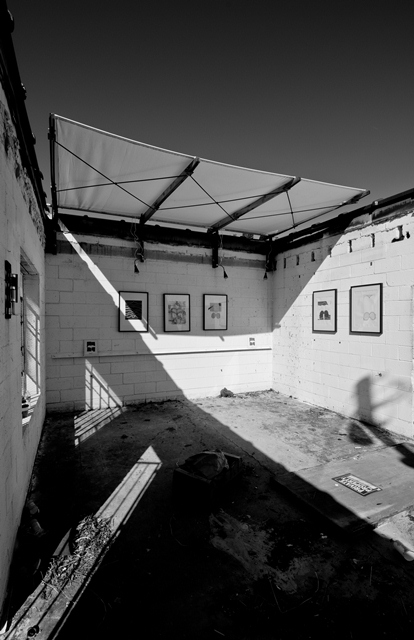 The world of publishing has been undergoing dramatic change through social media and innovation on the Web and mobile platforms. What is your strategy for balancing a virtual presence with a print publication?

As we discussed earlier, it's difficult, especially given the uncertainty of future funding. We were really adamant about the first issue being a succinct, physical collection of content, given that online content is so pervasive, and almost overwhelming, these days. We're definitely also still feeling out what the online presence of the journal will be, since there is no doubt that it needs to have some digital presence.

We spent a lot of time thinking about how we could leverage the advantages of each medium to create a more robust identity for the journal, and we are hoping to invest more in the digital end in the future. Ironically, we did post photos of the real nuts and bolts process of creating a print journal – pinups between editorial and graphics, where we covered an entire classroom in printed proofs, our brunch that we cooked in the studio while we did some Sunday morning editing, and the half-eaten pizza many, many hours later, and those kind of posts seemed to get a good response on Facebook and Twitter. Being transparent about the process, letting people know who we are as people and having a sense of humor about the process helped us build a little following.

Online content can obviously be put out in the world much faster, and the interactions are inherently more democratic, which aligns with our general mission for the journal. The printed object takes longer to put together, but by the nature of that process we hope we can address issues that have some staying power. The idea of "Technology" as a theme for the second issue was actually thrown around, but was eventually tabled for the theme of "Grit" instead. For now, as we're trying to establish ourselves, I think we'll continue to explore how these big ideas relate to the tactile scale. Another aspect that defines the ethos of both the Berkeley program, and the journal, is that we're a culture of makers, so the hope is that the journal will continue to reflect that.

To purchase copies of Ground Up’s first issue click here. To find out how to submit to the upcoming issue on "Grit," visit the journal on Facebook or Twitter.