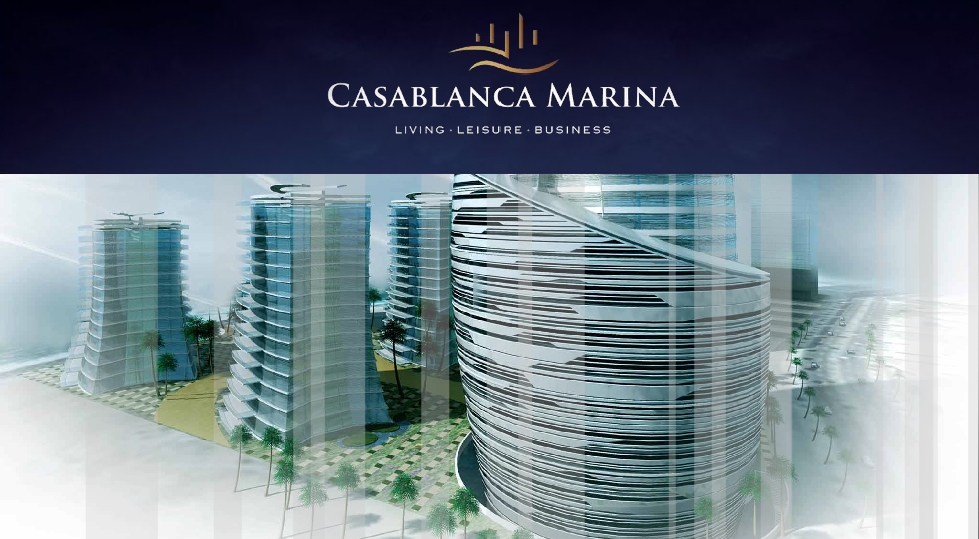 To many Casablanca is a city of myth, spies and dark cafes. For the Moroccan government it is the future financial and business hub of North Africa. While most of its neighbors are still reeling from the tumultuous events of the Arab Spring, Morocco is aggressively trying to fashion itself into the Dubai of the Maghreb. Lacking the revenue of resource-rich Gulf states, Morocco is counting on European loans and investments to finance its own brand of "petro-urbanism." With no less than 9 "mega building projects" across the country, current urban development in Morocco is focused on creating retail and business revenue. 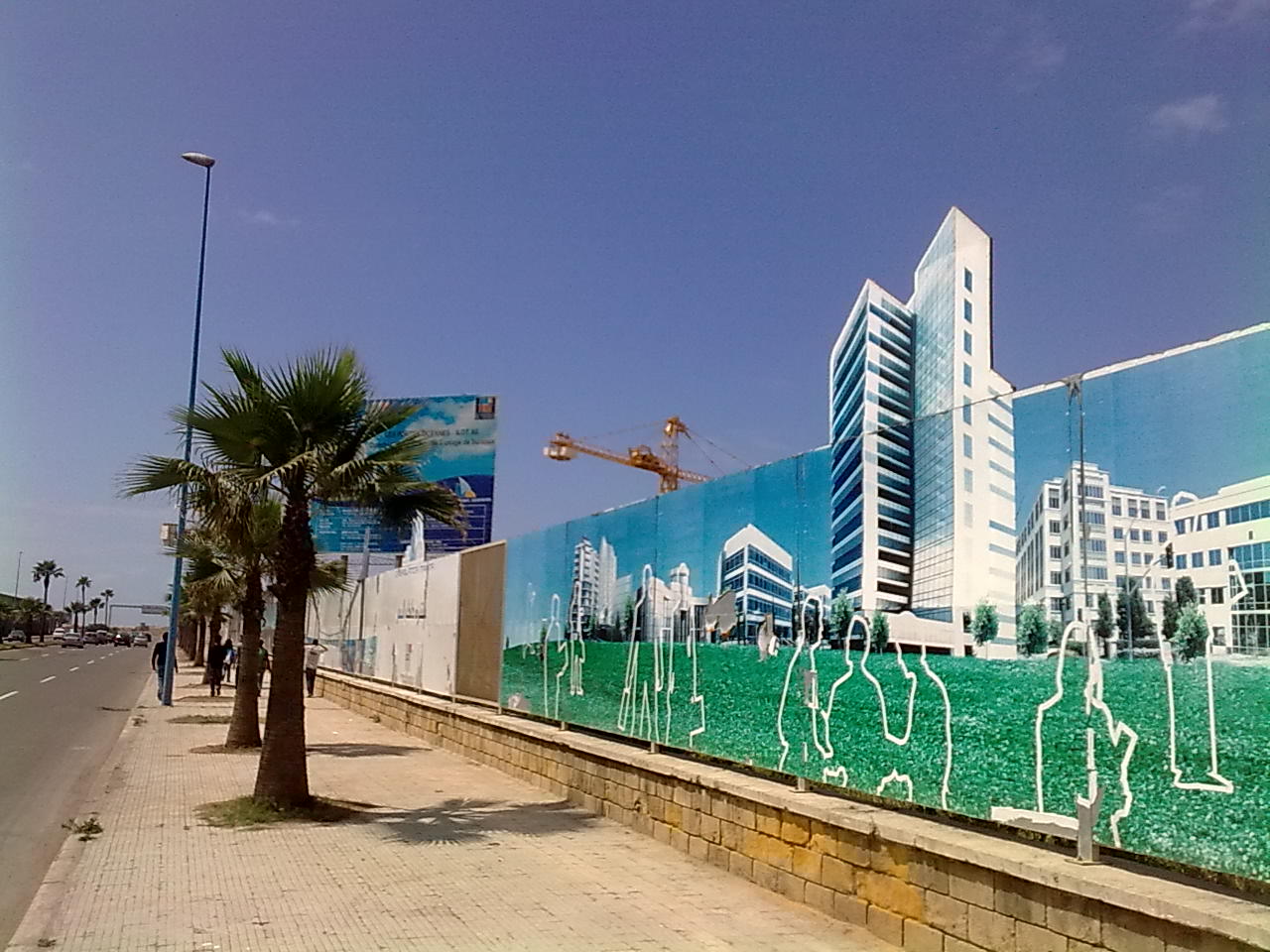 Casablanca's luxury seafront development is due to be completed in 2013. Source: Casablanca Marina

Morocco's flagship "mega project" is the $500-million redevelopment of Casablanca's waterfront into the luxurious, mixed-use Casa Marina. Stretching across 450,000 square meters, the complex will include high-end retail spaces, an integrated business center and "luxury apartments targeted at VIP customers." The Moroccan Central Real Estate Company (CGI) has announced its intention to add three manmade islands to the Marina.

The controversial opening of Morocco Mall in 2011 to a performance by Jennifer Lopez, was the most recent step in placing Casablanca on the business map. While a projected 14 million visitors will enjoy the exclusive spas and gourmet restaurants of Africa’s largest shopping mall, an estimated ten percent of Moroccans continue to live in poverty. The most dire conditions can be found right on Casablanca’s doorstep as the rural exodus leads to a growing slum population. 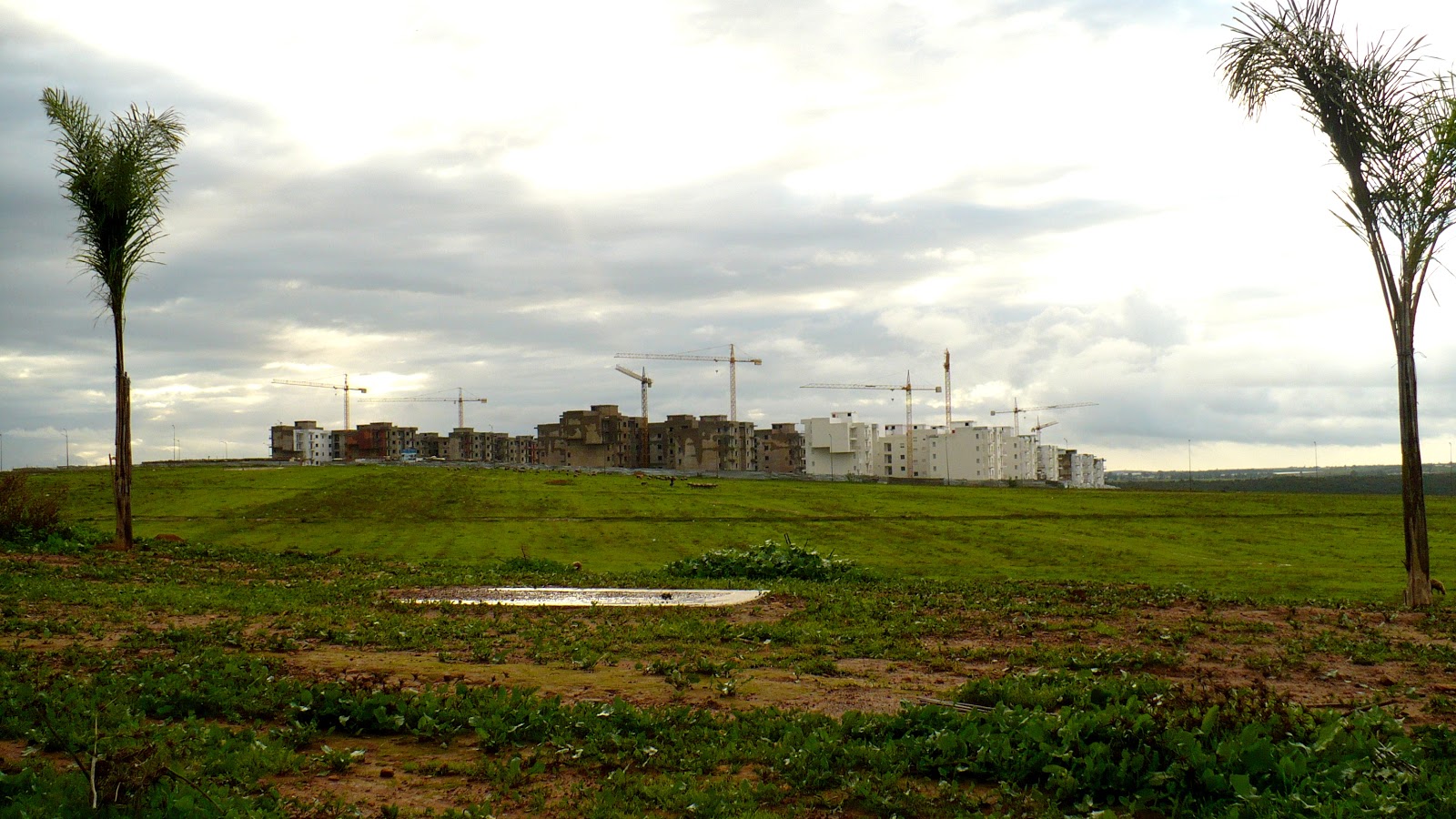 The Moroccan government has made some inroads in tackling a chronic shortage of affordable housing through its "Cities Without Slums" initiative. Erected in a rural district 20 kilometers south of Morocco's capital, the new city of Tamesna was meant to relieve Rabat of some of its growing population. While some of the housing at Tamesna was earmarked for low-income groups, the projected 250,000 new units mostly target middle-class citizens. 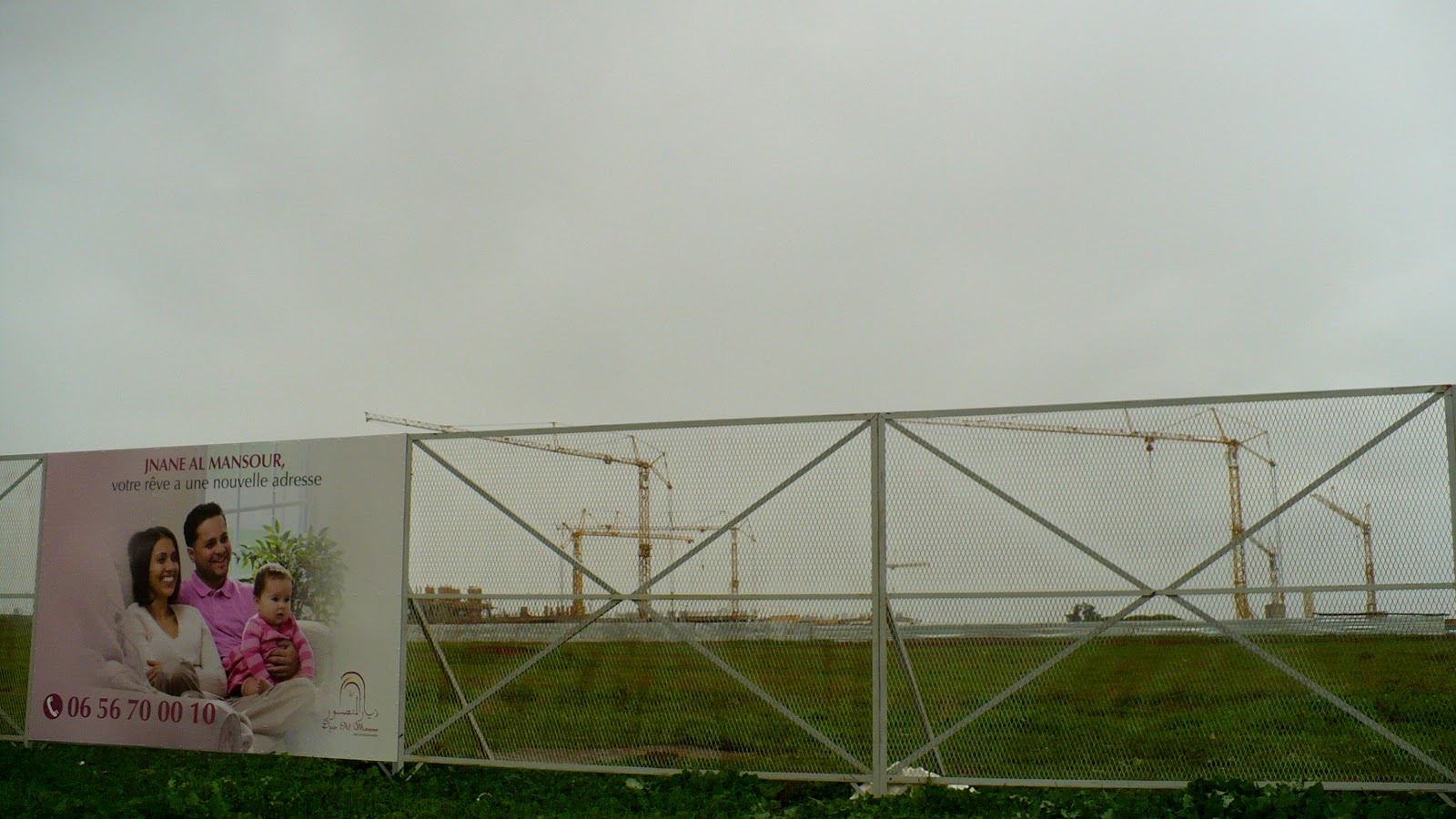 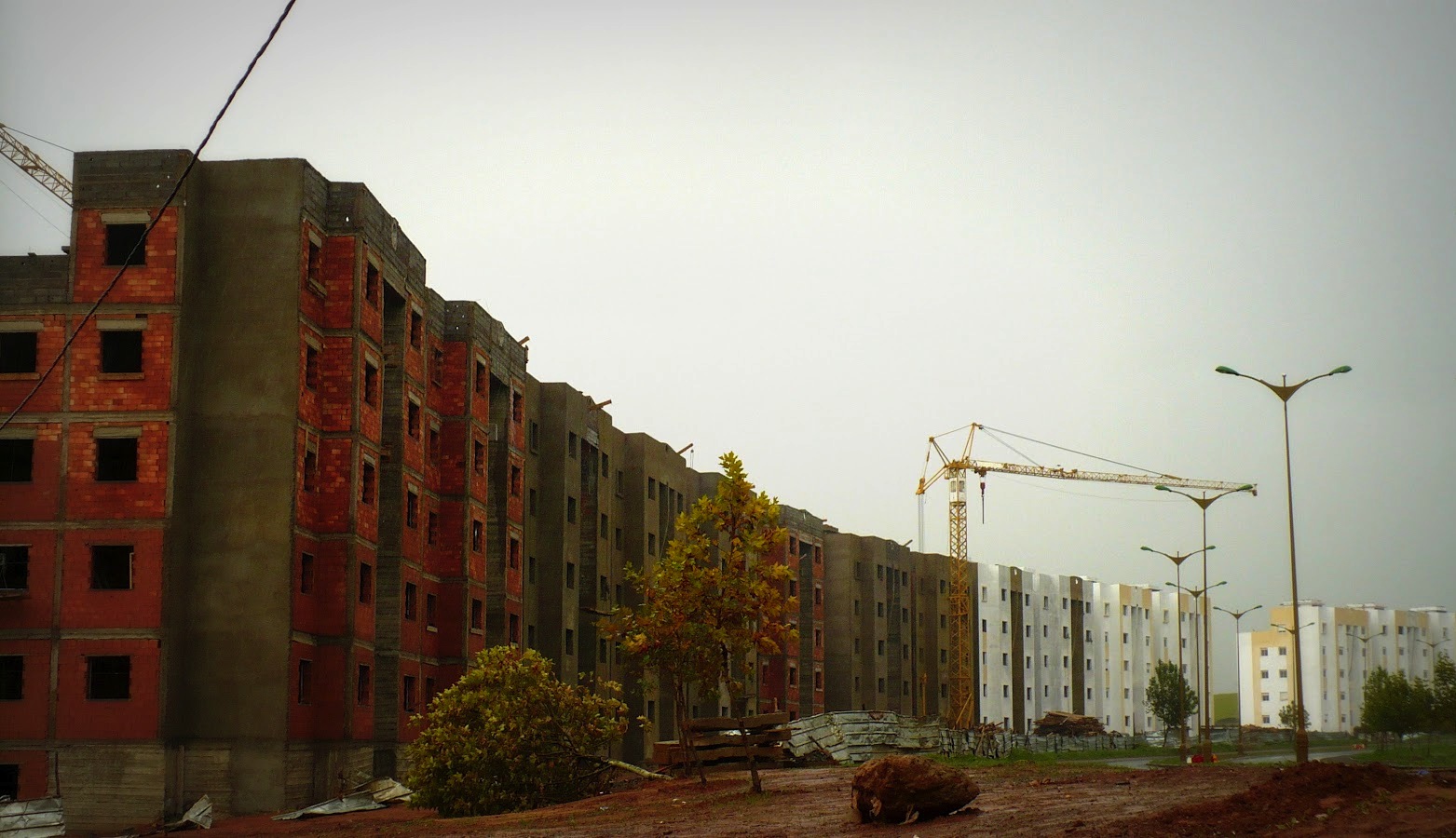 The authorities have yet to develop comprehensive public transport links between Tamesna and Rabat, as currently there is only one bus line linking the two. Meanwhile, this new suburban dream is predicated on the assumption that the families who will live at Tamesna are middle-class, car-driving (sub)urbanites with no more than four children, judging from the floor plans. 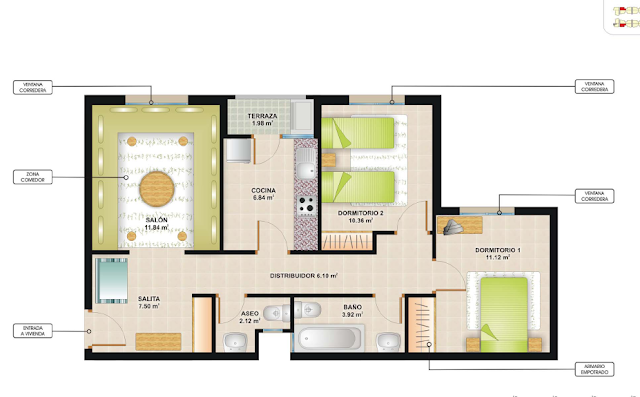 Example of floor plan for a mid-range apartment at Tamesna. Source: Marina d'Or

Low-income people applying for subsidized housing in Morocco's "new cities" have long waits ahead, as real estate speculation currently outpaces construction of affordable housing. To echo the words of a Moroccan commentator, the dream of a slum-free Morocco is not for tomorrow.