From Vacant Lot to Creative Commons

About a month ago, I noticed curious activities in an abandoned lot in my new neighborhood in West Oakland. From behind the graffitied fence at the corner of Mandela Parkway and West Grand, I saw strung lights and wooden structures being installed. Soon, the space began to fill in with trailers, tents and large sculptures. The transformation was quiet and nimble. Before long, a desolate part of an industrial strip off the freeway was transformed into what appeared to be a small community space. 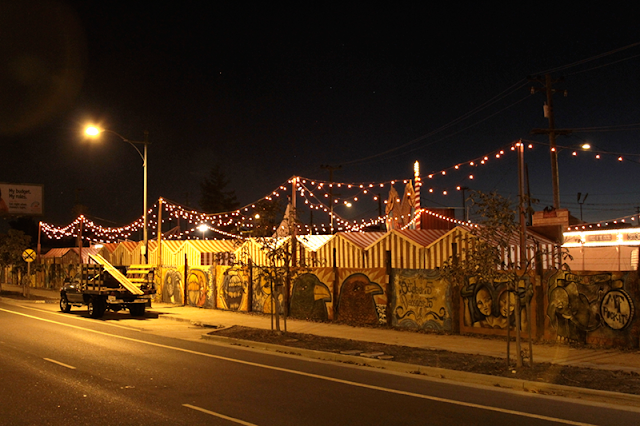 Last weekend, as I joined many others at Peralta Junction, now open to the public, I felt a renewed sense of belonging. The three-month project is at once an arts-based gathering space, an events venue and an opportunity for micro-retail. The look and feel recalls a turn-of-the-century traveling circus, which is fitting due to its transitory nature. There was plenty to see and plenty of places  to just hang out and enjoy the weather. I found out from some of the vendors that the space had been locked up and unused for almost 12 years. 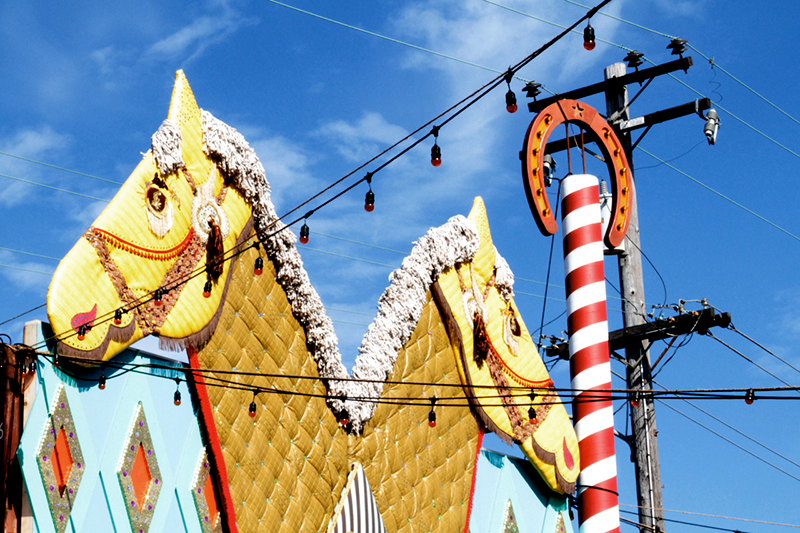 The rough edges of my neighborhood allow me to separate my identities as a young urban professional by day and a struggling artist by night. Surrounded by warehouses, factories and industrial art studios, the area has the kind of charm only visible to those looking for affordable live-work spaces and photographs of urban decay. But I think it was the suggestion of possibilities that really brought me here. Projects such as Peralta Junction not only introduce to the community new places for gathering, but also the idea that it is possible to take something uninspiring and turned it into a place of wonder. 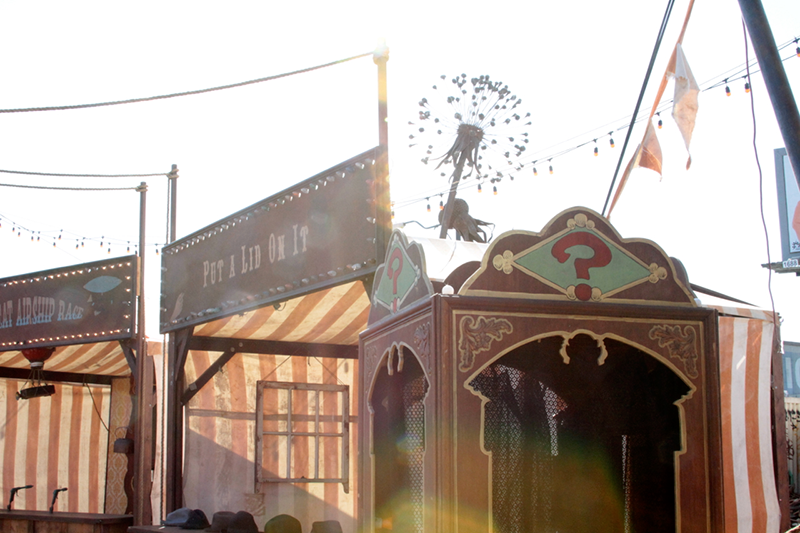 Peralta Junction is open every weekend until Dec. 15. There are weekly movie nights on Thursdays, and workshops and performances on Fridays.