Brooklyn Waterfront: Then and Now

Recently, after going to Relish Diner one of my favorite Brunch spots in Williamsburg, I took a ride down Kent Avenue on my way home and was amazed to see all of the new higher density residential development on the Waterfront which I roughly sketched out in this map. 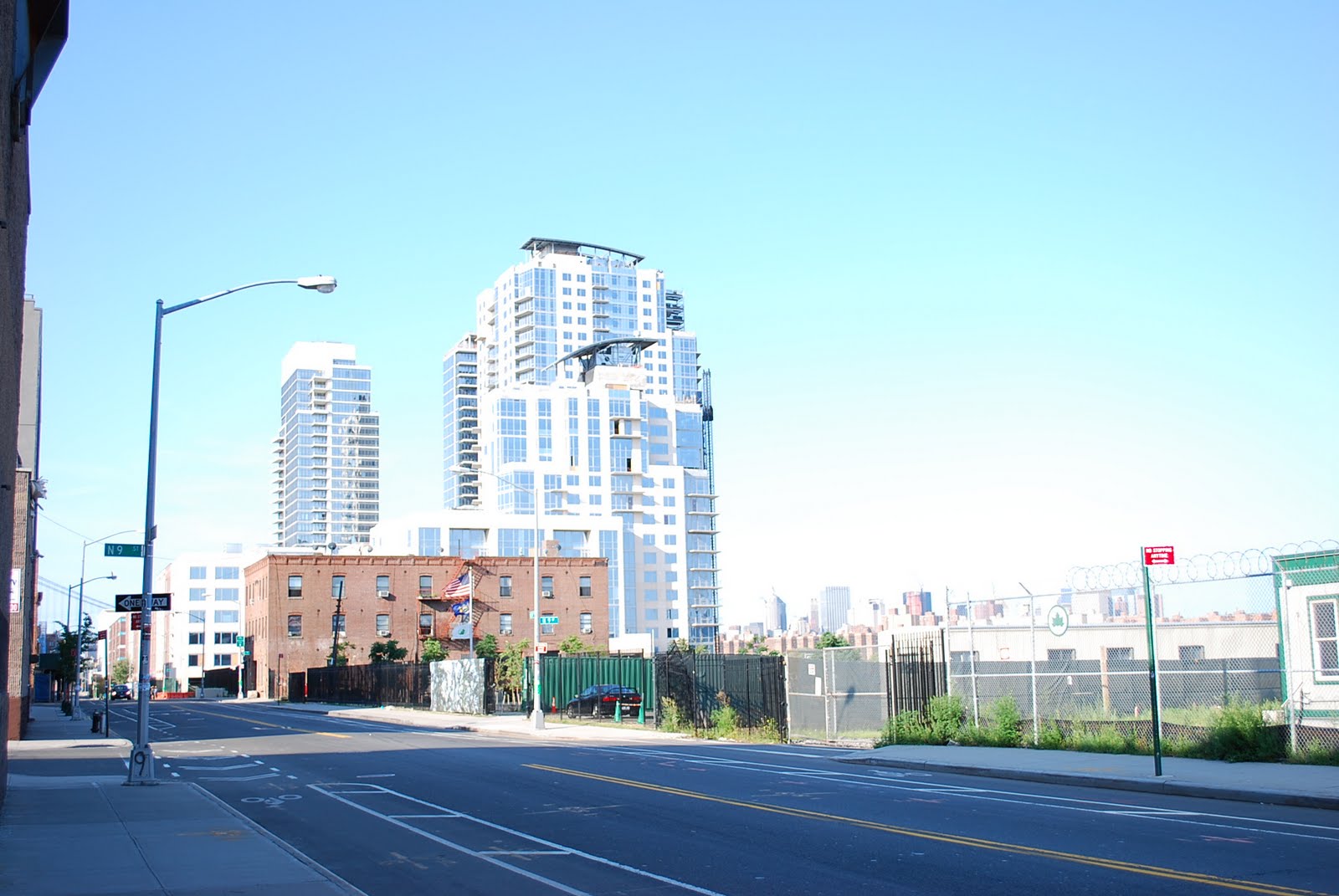 It doesn’t come as a surprise that the waterfront has changed, as this has been announced by the City for quite some time and was the subject of many tenuous community meetings. In fact, knowing that the area was going to undergo major changes, I rode down Kent Avenue in November of 2006 with a friend of mine to photograph some of the former industrial sites that were for sale and the area. At that time several buildings were already under construction.

However, it is amazing to see the semi-finished product! This area, once a vibrant industrial zone had become home to lots of Artists in Residence; it’s rustic post-industrial character giving the art scene a very “underground” feel. While that history is still evident in the remaining East Industrial Business Zone to the North and in the architectural details of the remaining brick buildings along Kent avenue and the adjacent streets between Broadway and North 12th, the modern and clean lines of the higher density construction present a stark contrast.

Perhaps even more daunting are the scaffolding and wooden boards that envelope semi-finished buildings. With the large amount of new housing developments that remain vacant in Williamsburg itself and around Brooklyn, one has to wonder: Who will buy these apartments?

The Environmental Impact Statement (EIS Chapter 3 Socioeconomic Conditions) produced by the City made no secret that “an increase in study area population with different socioeconomic characteristics compared to the size and character of the existing population of 5 percent or more may lead to significant indirect residential displacement. As described above, the proposed action would add approximately 17,731 new residents to the proposed action area by 2013. This represents a substantial addition of new population to the area—a net increase of 15,872 residents, or 78 percent over the No-Action condition.” The price tag on some of these developments, like the North8, which still has some vacancies, one of which was listed by Sotheby’s at $999,990; I should point out that it is a great 2 BR townhouse duplex with a yard and ground floor entrance (no, I am not getting a cut on this).

But, there has been enough negative press about the economic downturn and it being the Sunday before Labor Day, I will stay positive and focus on some of the better aspects of the redevelopment. The design of the buildings is not unpleasant and the scale is not obnoxious either; Though the buildings on the waterfront are higher, the buildings adjacent to Kent avenue on the North and South side are shorter and I find that they blend in.

The real highlight of the redevelopment are the new parks on the waterfront: the Brooklyn Eastern District Terminal Site (BEDTS) and the Grand Ferry Park. The first has retained the footprints of the formal warehouse facilities and provides beautiful views of Manhattan and an urban campus feel to the surrounding developments. The latter is a pocket park that provides seating river side that is a good place to sit an relax for a minute.

The acquisition of the BEDTS site was made possible by New York State in cooperation with the Trust for Public Land. A future park, the Bushwick Inlet Park is planned adjacent to the BEDTS. It will be a 28 acre recreational facility that should inevitably make this a great new recreational destination.

Ultimately, any major changes in any area are met with a certain amount of aversion. While business and resident displacement has and may continue to occur, and new construction blocks access to the waterfront, and the bustling rail yards that could have provided alternative modes of freight movement have disappeared, it is definitely interesting to begin to see countless hours of planning come to life. There will be a significant amount of new, previously inaccessible, open space along the East River and the adjacent Industrial Business Zone remains active for the time being.