Every year, with the aim of alleviating poverty, hundreds of millions of US Dollars and Euros are mobilized by governments and NGOs in the global North to build housing and infrastructure for the poor in the global South. However, much, if not most, of these funds do not deal in any way with the reasons why hundreds of millions of people live in extremely precarious houses, without the most basic infrastructure services and are permanently terrorized by the possibility of being forcedly evicted. This sort of aid is normally done in the name of Charity, a gigantic phenomenon through which government and well-off families in the North relief their ashamed consciousness. This massive display of well intentioned altruism, more often than not, does not achieve its objective: alleviating poverty. It rather alleviates global North’s sleeplessness. 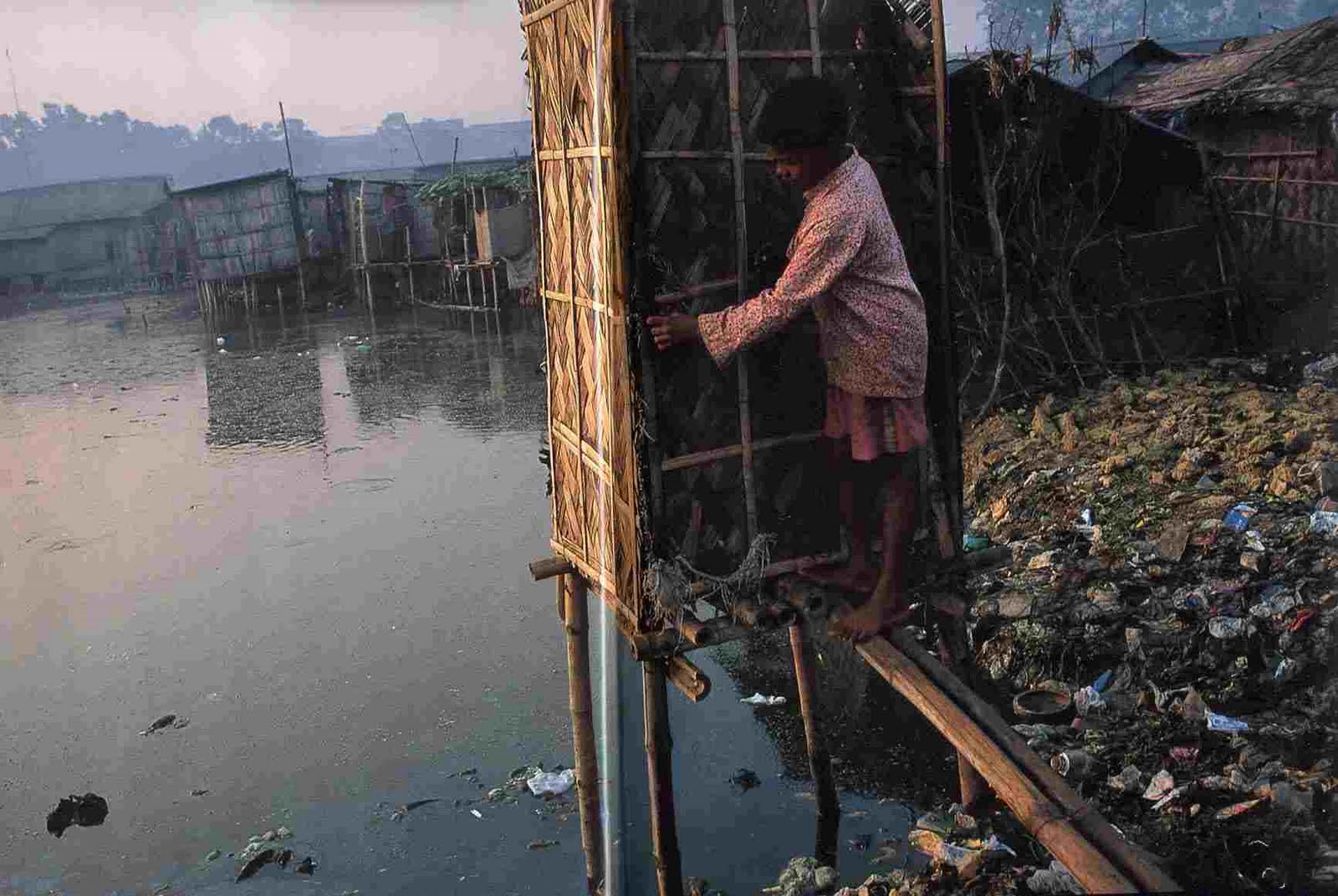 He and his neighbours need more than a new toilet. Image source: Whale

This does not mean that there should not be donations and altruism, rather the contrary. The problem is a conceptual one; it is a matter of the approach through which their donations are made use of. Experience tells us that charity, more than anything, means applying patches on the system failures. Charity rarely leads to development, because its effects rapidly disappear, it substitutes the role of local governments in serving their citizens and becomes an excuse for authorities to skip their responsibilities, it easily ends up benefiting those who do not need aid and it often creates a perverse self-perpetuating dependency between poverty and arbitrary goodwill.

If altruism is to meet its objective, it needs to assimilate that development means change in the broad sense, not just foreign-paid construction. Development aid aimed at alleviating poverty in the long run, first, implies challenging structural forces that perpetuate poverty; second, it implies institutionalizing democratic processes through which power is decentralized towards a fairer and more transparent use of public resources, which means involving the poor in choosing priorities and sharing the responsibility of such choices; third, it implies capacitating local governments in managing public affairs in a more democratic and efficient manner; and it implies capacitating the civil society in getting involved in an organized and effective manner. In short, all efforts aimed at relieving the poor from their lack of adequate housing and infrastructure should have participatory democratic governance as its main component.