The Japanese retail company MUJI now sells its “City in a Bag” in several varieties - Barcelona, London, New York, Paris, and Tokyo. The works of iconic architecture that were chosen to represent each city were simplified into their basic geometric volumes, occasionally with painted lines on them representing the rigid and monotonous repetition of window openings in the skyscrapers. The bags themselves are decorated with the name of the city and a simple skyline contour that selectively chooses the iconic buildings while eliminating the others. 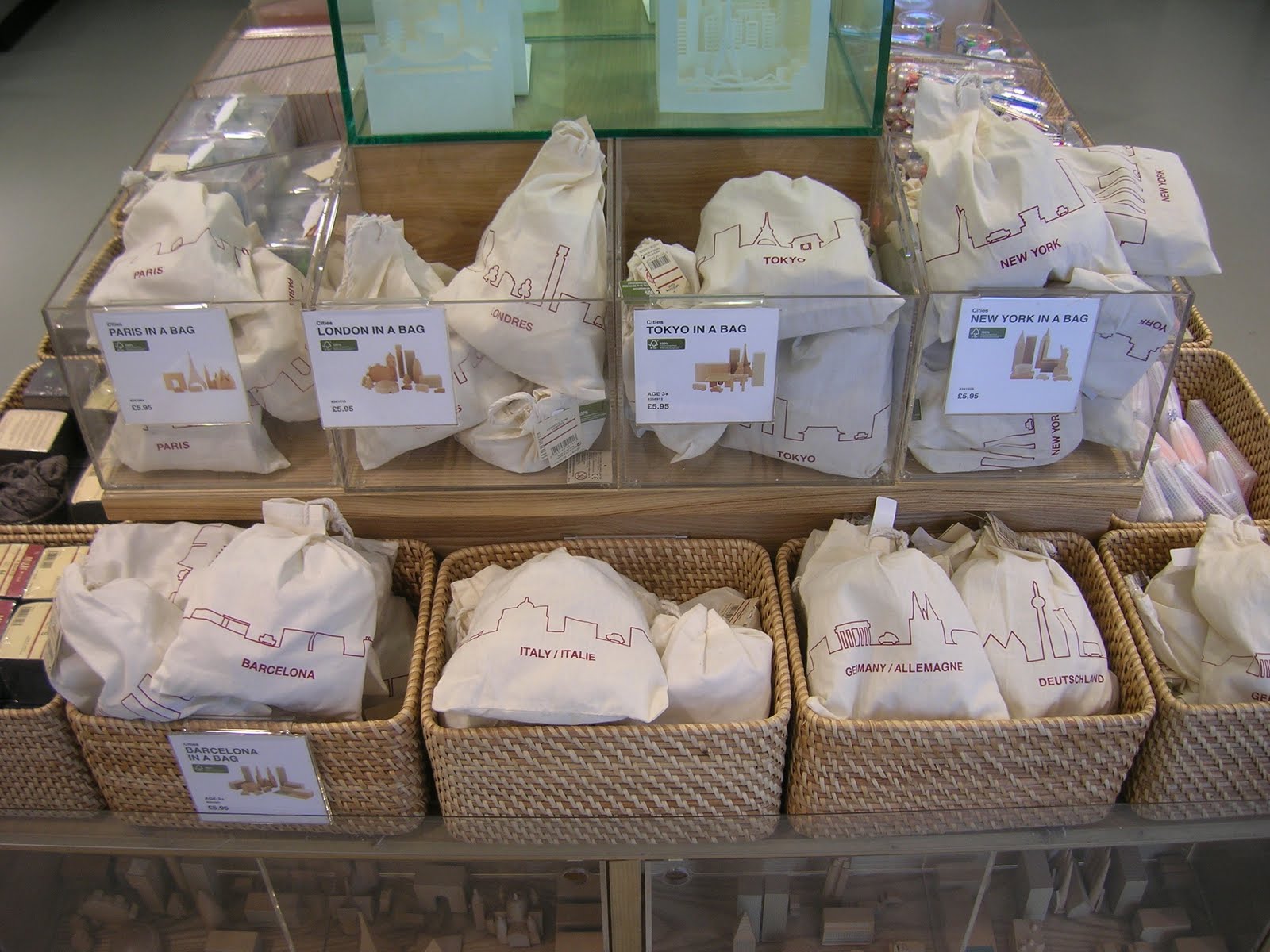 The yearning of cities for iconic buildings designed by “starchitects” ends up both feeding, and resulting from, globalization and global competition. The cities that manage to accumulate these icons are the top players in the global scene. 4 of the 5 cities available at my local MUJI were ranked the top 4 global cities last year by Foreign Policy magazine. The issues related to iconic building are discussed in depth in the book “Iconic Building,” and this interview with its author Charles Jencks.

It’s interesting to note which buildings made the cut for inclusion into each set and which ones did not. With some cities, such as Barcelona, containing representations of buildings spanning vastly different styles (from La Sagrada Família to the Barcelona Pavilion), it makes one wonder what connects these disparate buildings into the unified city to which they belong. What does all of the urban fabric missing from these bags say about the character of these cities? What does the vernacular contribute to the “global city”?