Do You Know a Place in a City …

"The Guide to Open Places" is part of the 4th International Architecture Biennale Rotterdam, which opens on September 24th, 2009 and will be going until Jan 10th, 2010. The theme of this year’s biennale is Open City: Designing Coexistence. Through themes of squatter, community, refuge, collectiveness and reciprocity the biennale examines the city from the point of view of the designer. Three exhibitions and a series of workshops, forums, screenings and debates will be held in Rotterdam and Amsterdam. 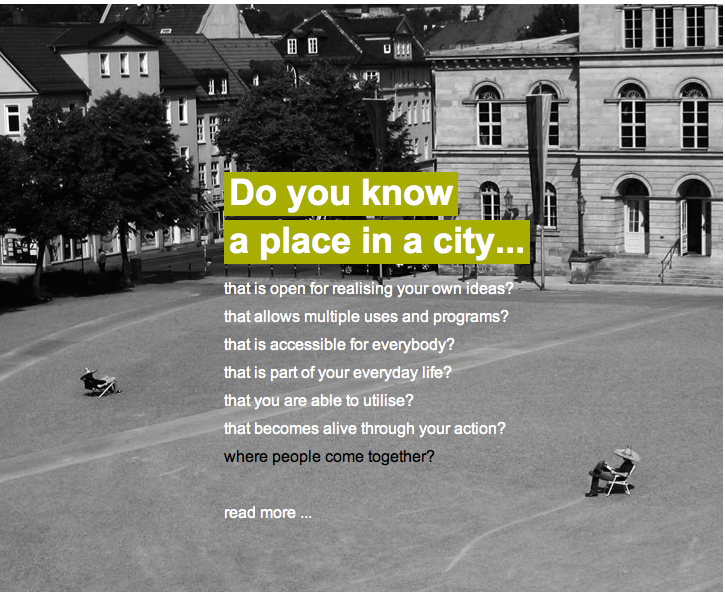 The project Guide to Open Places, is part of the forum exhibition in the Netherlands Architecture Institute (NAI) and it is now searching for open spaces in cities around the world that can be displayed in the Biennale. You can be part of this by posting online at http://www.open-places.com any open place that you think should be included in the guide. “Open places”--as defined by the curators--“can be used in multiple ways, need interaction to become alive and describe a spatial condition, which can be a public space, a building or an urban ensemble.”

Open Places are divided into three categories: temporary places, existing places and former open spaces. An example of a temporary open place posted on the guide are the sites of PARK(ing) Day, which for one day, transformed parking spaces into public parks in San Francisco and around the world last week. 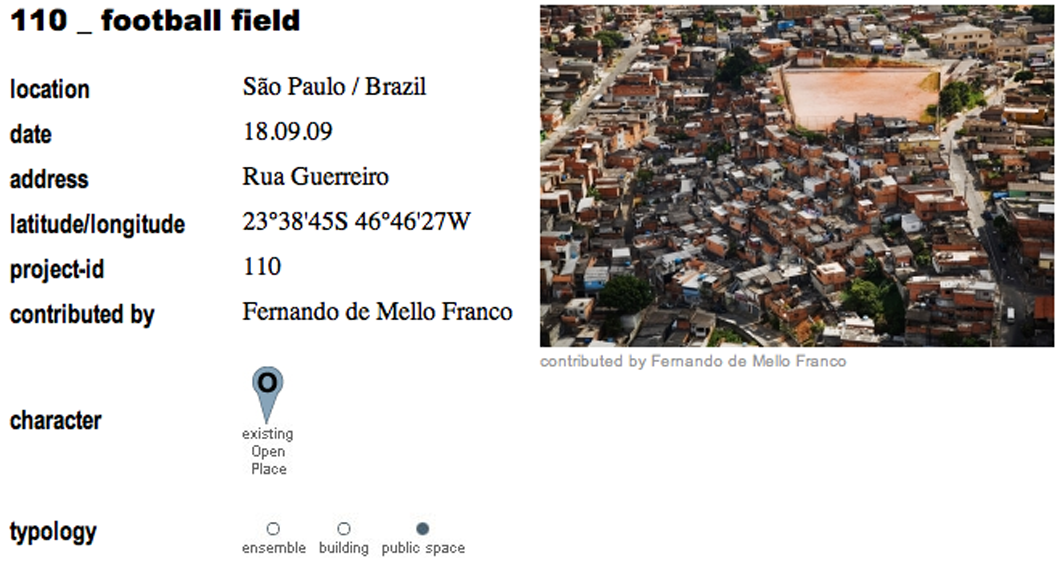 There are many existing open places posted on the map. An unexpected example is the soccer field in the middle of the favela in Sao Paulo. Due to the importance of soccer in Brazil’s culture these open public spaces are respected and never squatted even though they sit on some of driest and flattest land of the favela. This is perhaps the most dramatic proof of how useful public space is valued and protected by its users. 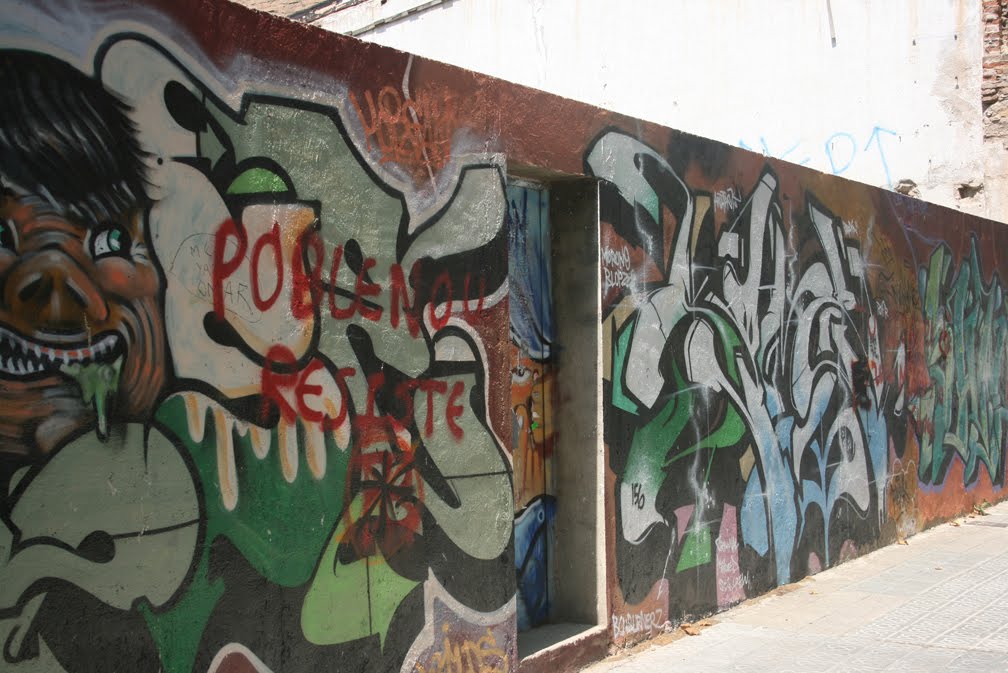 I posted the Barcelona neighborhood of Poblenou, which I consider a former open place. When talking about Poblenou it is important to understand the context of Barcelona’s continuous changes. During the last thirty years Barcelona’s urban design transformations have received high international recognition. The end of the Franco regime in the mid 1970’s introduced democracy and sparked Barcelona’s renaissance, in which a stagnating post-industrial city became a renowned urban-planning precedent: the “Barcelona Model.” Through democratic policies, new plazas, parks and streetscapes were implemented, ridding the center of blight and repopulating abandoned areas and strengthening the city in general. The 1992 Olympics brought even larger urban improvements and brought the city international attention. 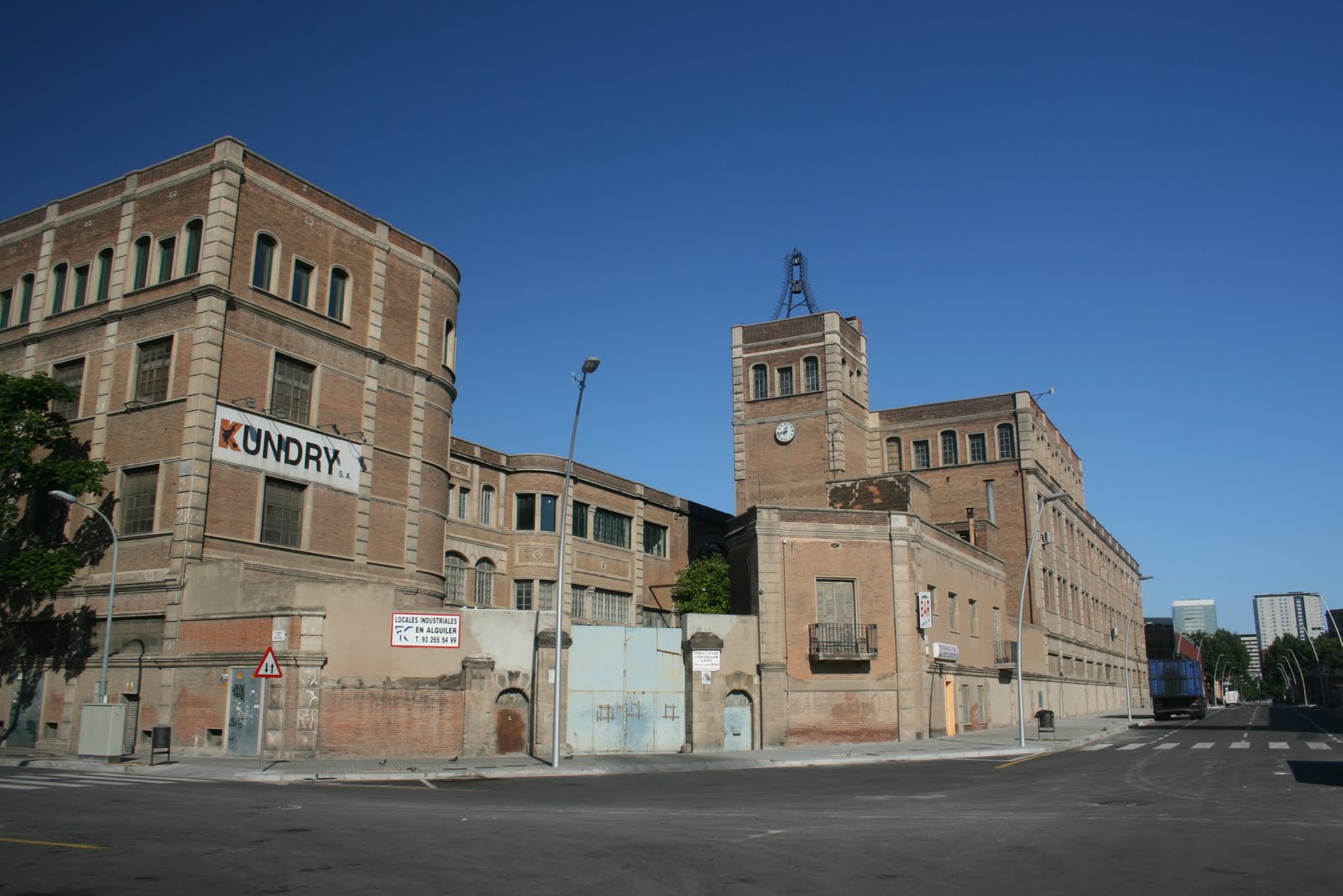 In the first half of the 20th century, Poblenou was a working class quarter at the edge of Barcelona. It once housed the most important industries of Spain but with the industrial decline of the 70’s many of its factories were abandoned and left vacant, leading the neighborhood into a decline. These spaces were eventually occupied by artists and entertainment businesses, which gradually revitalized the neighborhood. This layered occupation and reuse of the area contributed to a new, free-spirited identity. Later on, for the 1992 Olympic Games, the Barcelona city government tried to integrate Poblenou with the city, by incorporating part of the Olympic developments into the neighborhood. This led to further transformations that have all but erased its proletarian history. 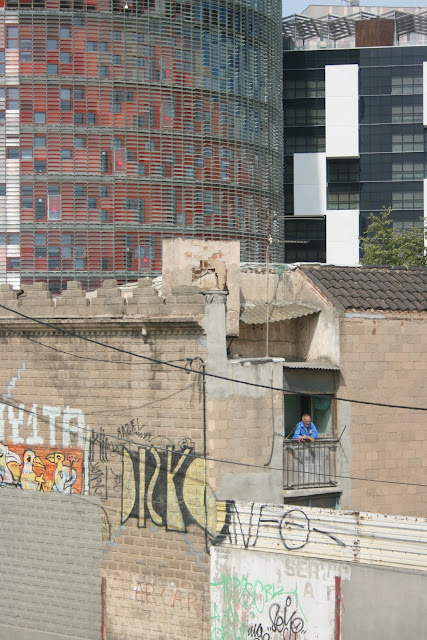 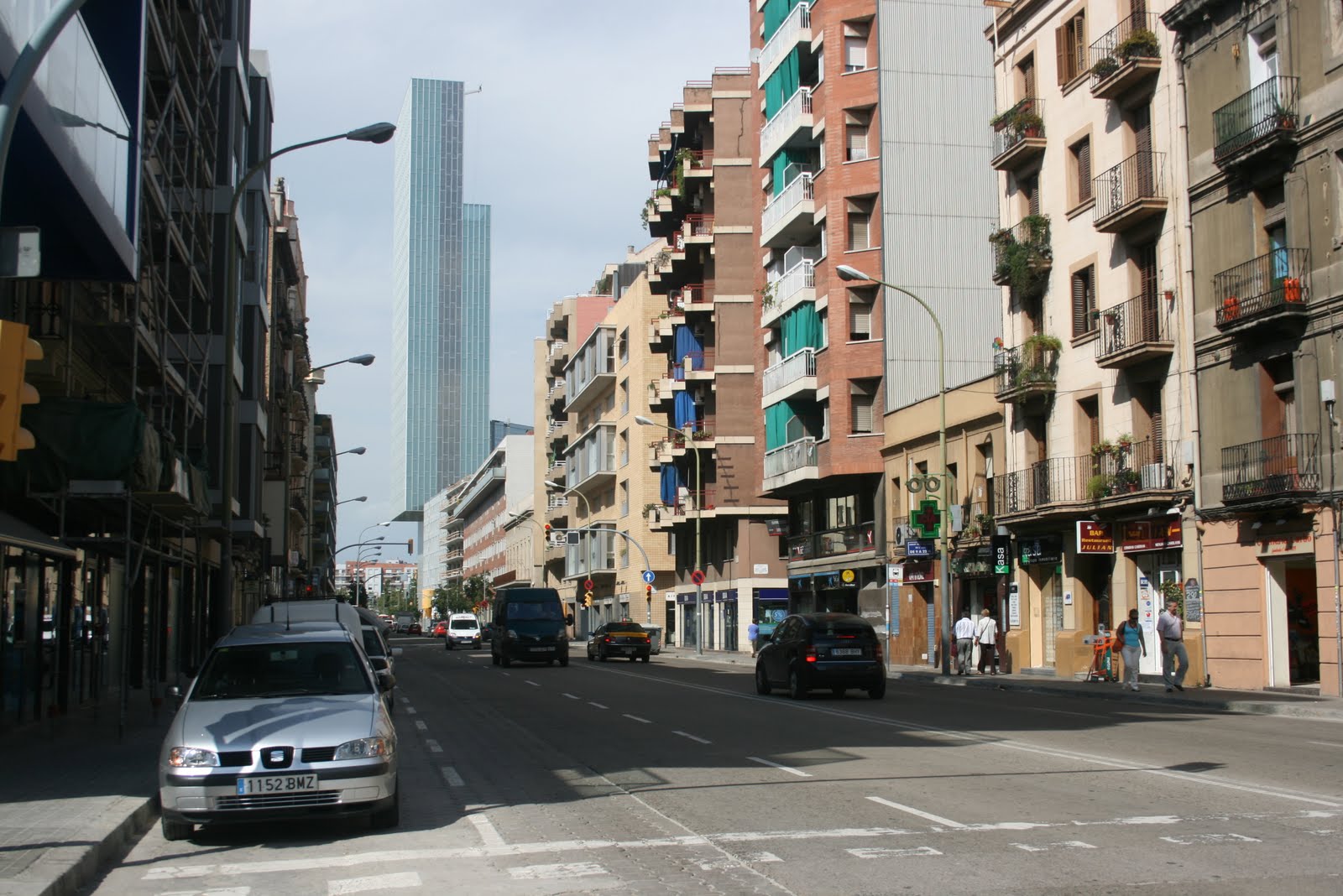 With the economic downturn after the Olympics, a political shift to the right favored the private market, changing the paradigm of the “Barcelona Model”. Neoliberal policies were applied at the urban scale. The extension of the prominently axial Diagonal avenue, from Plaza de las Glorias to the waterfront is flanked by a collection of privately sponsored developments, transforming Poblenou, a neglected industrial town, into a chicly branded neoliberal development. Consequently, through the process of gentrification, the original proletariat population and the artists who once gave life to the area have been forced away.

Spanning from Plaza de las Glorias and Jean Nouvel’s Agbar Tower to the waterfront at the Barcelona Forum 2004, the so-called @22 is one of these new developments dedicated to information and communication technology and luxury housing. These privatized residential-business-leisure-consumer developments generate a new type of public space, which is highly monitored and controlled. 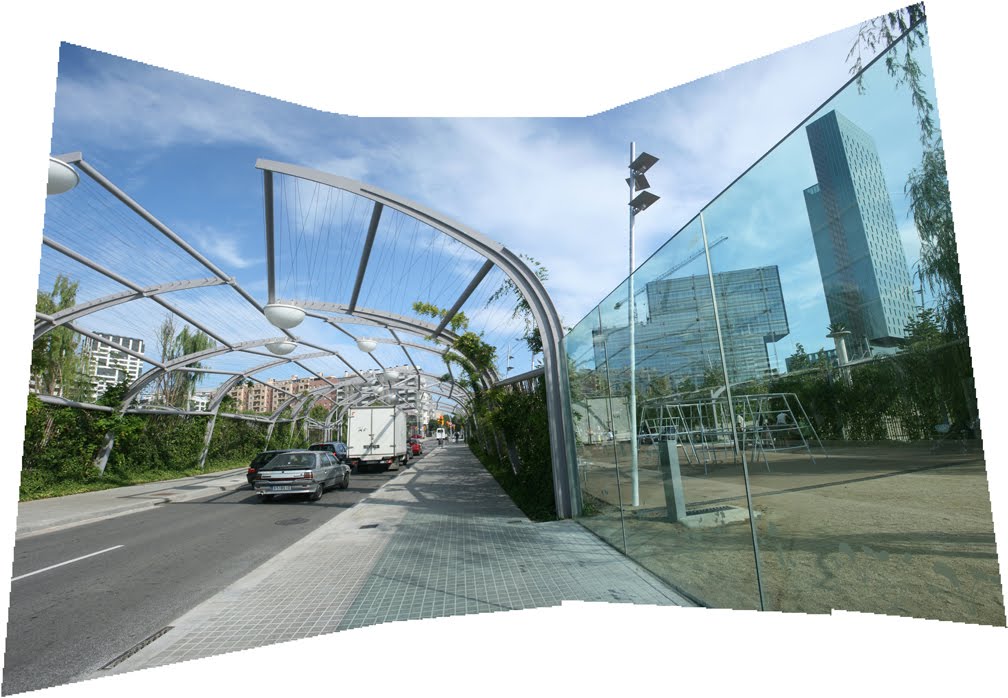 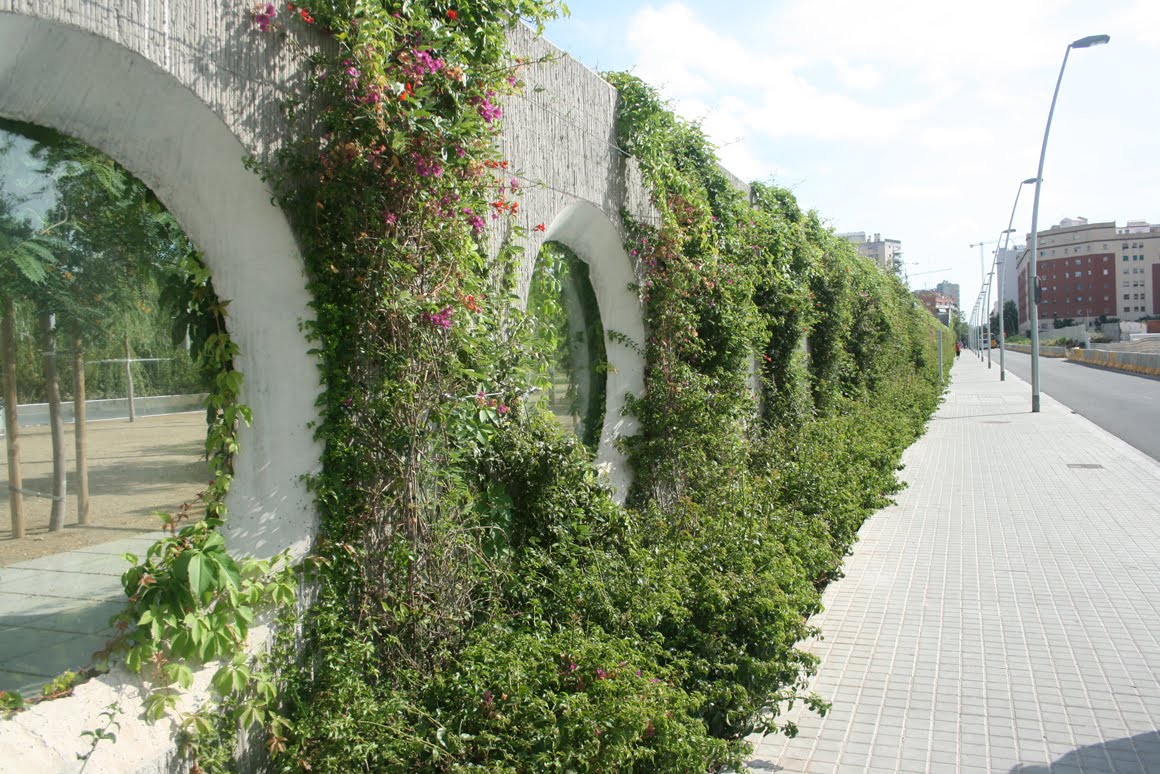 Parc Central of Poblenou, which opened in 2008 as a part of the @22 development, is a prominent example of these privatized spaces. Designed by star architect Jean Nouvel, the park represents a paradigm shift from the urban democratic policies of the “Barcelona Model” towards one of private enclosures. It is a fortified enclave surrounded by over 1000 meters of walls (with a few glass portals) that deny not just the unwanted visitor, but even the ability to see. It is as if the park were designed only to gaze upon from within the new towers that surround it. As its heritage disappears into the glassy skyscrapers, gated park and super malls we realize the loss of a truly Open Place. Poblenou and Parc Central are not the only actors in this phenomenon. It is Barcelona that has changed dramatically. As an architect and a planner I have always admired its great architecture and planning strategies; now I view it with disappointment, as the great social agenda has disappeared and the city is remade for investors and tourists.