The economic crisis has sparked once again the discussion of the viability of the suburb. We are often led to believe that the crash was rooted in these sprawling places and that it is a particularly ‘American’ affliction. But problems of sprawl exist in every country. What better place to examine the problem than in the Netherlands, whose open land much more scarce than our own. With cities sprawling against ever diminishing agricultural land, urban sprawl has been a poignant issue for decades. Approaches to these issues have been studied and proposed by many Dutch architects and urbanists. The Haverleij housing development, which I recently visited, is one of these proposals.

Haverleij is a suburban residential development in the outskirts of Den Bosch which began construction in 1995 and is still under construction although it has slowed with the recent crisis. The master plan of the development as well as some of the architecture was designed by the post-modernist architect Sjoerd Soeters. As a critic to the typical suburban sprawl happening in the Netherlands, Soeters takes the modernist urban approach of grouping residential units to achieve an efficient footprint, thereby allowing a larger expanse of green space. Ironically, these modernist massings have been given a medieval dress (and a somewhat sinister look). 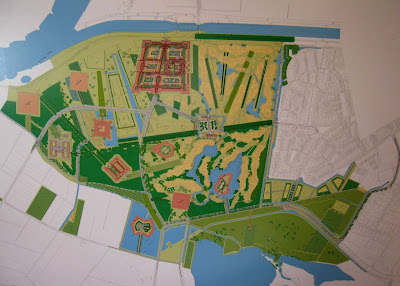 Soeters argues that “the manner in which we build residential areas in the Netherlands, which continually devour bits and pieces of the landscape, and the way we act as though nothing is wrong – since we wind up with a house, a shed, a fence – cannot go on forever.” 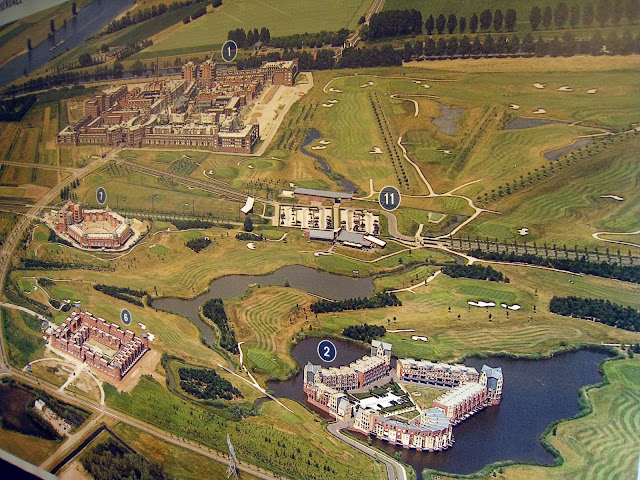 The project consists of 1000 residences on a 220 hectare site. Half of the residences are located on the walls and towers of the main “fortified” castle which also houses several commercial stores around a central courtyard. The rest of the housing units are incorporated into nine smaller castles (not all have been built) with a footprint of approximately 100 x 100 meters which are accessed along a primary street. Emphasizing the free space between the castles, Soeters claims to have made, “a landscape that once again has stature and mass and which dashes against the walls of the castles like the sea.” 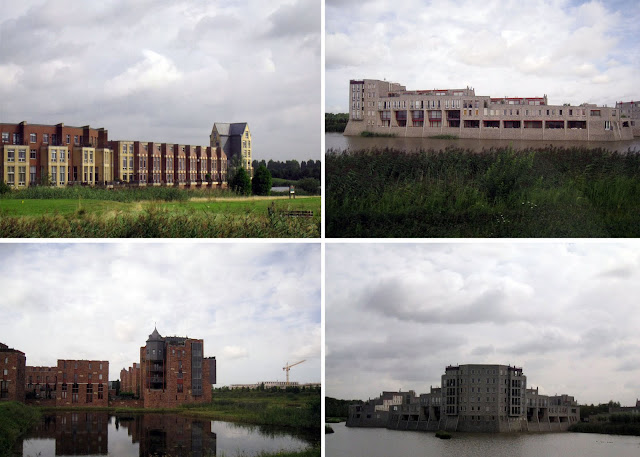 But the modernist ideals have been compromised by the market. The housing units are not everyman abodes but luxury housing quite literally ‘walled-off’, gated, moated, and otherwise restricted to the property owners. The wild green spaces between Corbu’s towers are here reduced to and 18-hole golf course. We might expect to see such exclusive development in Dubai or in China, but are surprised to see it in Europe, especially in the Netherlands, where we expect a more open architectural, urban, and social approach. 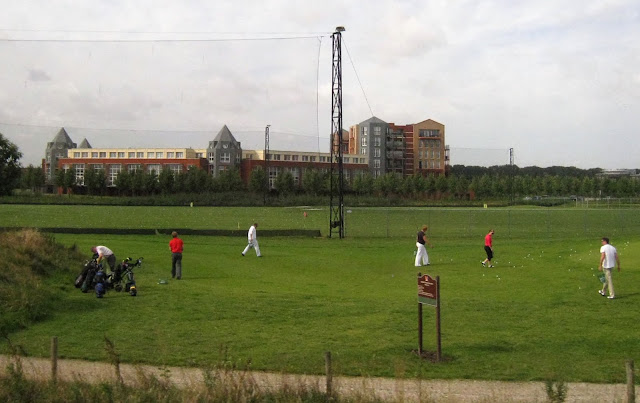 I don’t know if there is a lesson to learn from this development. Perhaps we should just enjoy this strange hybrid as a curious outlier. Given the monotony of American sprawl, there is virtue in expanding the paradigm of suburban living.