Effects of Budget Cuts on Urban Poverty and Public Health

In 2008, one in five Californians under the age of 65 had no health coverage, according to new data released by the California Budget Project (CBP). As the national debate on health care rages, many public health safety nets for low-income Californians have already been lost due to state budget cuts in February and July 2009. A range of cuts to community clinics, Medi-Cal, AIDS/HIV programs, domestic violence shelter programs, and maternal and child health will negatively impact the most vulnerable. 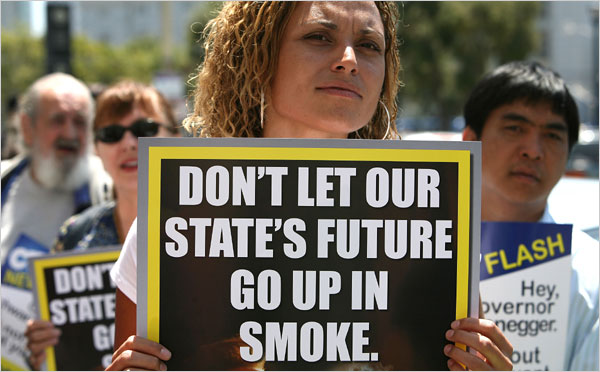 One of the most catastrophic cuts involves the Healthy Families program. The CBP writes: “In order to cut spending, the agency that oversees Healthy Families established an enrollment freeze on July 17 and voted to drop children from the program starting October 1. More than 1 million children could lose or be denied access to Healthy Families in 2009-10 due to these actions, according to state estimates.”

Meanwhile, Sacramento policy makers have preserved corporate tax breaks that undermine the state's revenue base. Tax cuts in 2008 and 2009 will cost $8 billion per year at full impact. As a result, urban poverty and community health inequalities are likely to become more pronounced in California's metropolitan regions and working class suburbs.