The City in Celluloid

Long before Katrina hit, New Orleans was in the eye of different storms. To be exact, its Faubourg Tremé neighborhood – possibly the oldest black neighborhood in America – was a focal point of both the Civil Rights movement and the jazz revolution. It was also the site of an important slave market, a 19th century red light district and a misguided urban renewal project in the 1960s. 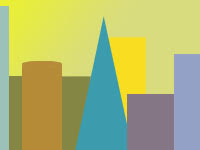 As part of the Architecture in the City Film Series on Wednesday, September 16, a New Orleans columnist who lives in the neighborhood introduces the area’s remarkable history and more recent struggles with drugs and poverty.*

Switching gears, the following week the festival screens 1000 Sq. Ft., about Los Angeles’s modernist architect Gregory Ain; an interaction with the filmmakers will follow. The most interesting part of that documentary could be interviews with current residents of his Avenel housing project, an experiment in cooperative low-cost housing built in the 1940s. Filmmaker Christianne Robbins lived at the complex while shooting the film.

* Incidentally, David Simon – creator of The Wire – is developing a series for HBO called Treme, set in the neighborhood after Katrina.