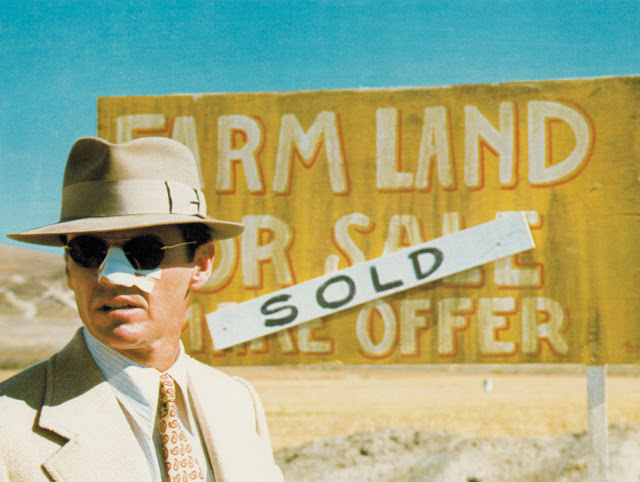 A bandaged Jack Nicholson often comes to mind when I think of Los Angeles. The water wars that inspired Chinatown also gave rise to the current state of Owens Lake, the focus in mammoth's collective discussion of The Infrastructural City for the past week (links to each participating site are included below). I've been enjoying their exchange of information and ideas on urbanism, landscape, ecology, planning, design, technology, infrastructure, sustainability, policy, and social justice. The book's unifying theme of networked ecologies reveals the many ways in which these threads intersect.

The conversation brings up fascinating angles on networked ecologies. Barry Lehrman, author of the chapter on Owens Lake, has been answering questions and sharing thoughts on the past, present, and future of the area. Martin Zehr discussed his experience with a progressive water management plan in New Mexico, expressing concern over the effects of water infrastructure on local ecosystems and citizens' rights. After reading about the removal of the Paiute, the shady dealmaking, and the desertification of a region once known as the "Switzerland of California," it became clear that Owens Lake is more than an interesting human-altered ecosystem in need of redesign. It is also an example of injustices over water connected with urbanization around the world.

The concept of networked ecologies includes a socio-political dimension that is often missing from discussions on technology and design. This is particularly useful when considering implementation. Without social and political backing (including finance), even the most brilliant plans have little chance of becoming more than documents, renderings, and models. Preventing the abuse of power and realizing socially just, ecologically responsible development is essential. The discussion started by mammoth addresses these themes from a variety of perspectives. I'm looking forward to the next round.

Posts on Owens Lake:
dpr-barcelona: From Dust Problems to Towing Icebergs
faslanyc: Bring Me the Sunflower so that I Might Transplant it into Burning...
Free Association Design: Problematic Surfaces and Collateral Urbanism
Infrascape Design: Writing "Infrastructure of the Void"
mammoth: Wyoming is in Los Angeles
Nam Henderson: Preserving the Integrity of the Void
Peter Nunns: The Density of Unresolved Ideas

Credits: Photo of Jack Nicholson in Chinatown from Encyclopedia Britannica. Documentary on the Los Angeles water wars from yipleyap.