Urban Transformations in Istanbul for Whom? 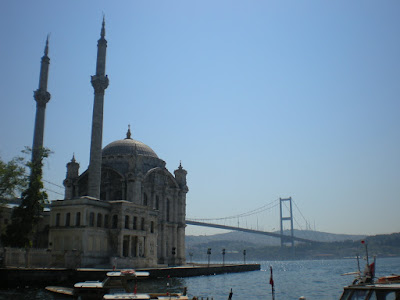 With high concentrations of diverse people, limited resources and (often heated) politics over who controls what, it is clear that cities are dynamic places of rapid change. Yet it seems these days that the transformations underway in Istanbul are moving at an exceptionally quick pace. Depicted by an extremely rich and long history, this city at the intersection of east and west is also finding itself at another undetermined crossroads, as the apparent legal and institutional consensus on the developments underway in Istanbul and the need for urban transformation towards a global city is beginning to be questioned and in some cases directly challenged by various actors in Istanbul.

These processes have evolved from various factors, an important one being Turkey’s shift in the 1980s towards a deregulated neoliberal economic model, including movement towards deindustralising Istanbul. Industrialisation had begun 35 years earlier especially in the Golden Horn and along the Sea of Marmara post World War II, with resulting employment attracting millions of rural migrants to the city. Without housing, these new immigrants squatted land and constructed gecekondus (meaning ‘built in the night’), structures that were consolidated, verticalised and progressively legalised through dozens of amnesty laws used to leverage support for various political parties, from left to right. Yet these amnesties lost their rationale in the post-1980 neoliberalisation context as manufacturing shifted outside Istanbul, and service sector reemployment levels could not meet the needs of gecekondu dwellers. From the 1980s onwards, migrants were not allowed to squat land, and the majority of today’s gecekondu sites are now multi-storey, multi-use apartment buildings – which today represent as much as half of Istanbul’s constructions – with a sprinkling of the original one-storey typologies as seen in Zeytinburnu below, the city’s oldest gecekondu settlement. 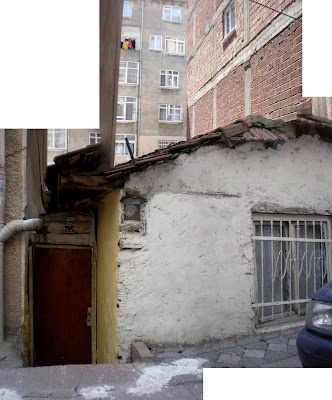 Many of these areas, alongside informal (‘slum’) settlements in the city that have emerged only since the 1990s due to increasing poverty, are current or potential sites for “urban transformation” projects. In response to staggering economic growth and the tripling of property values in Istanbul between 2001 and 2007, furthering the neoliberal push and the desire to become a global city, legislation adopted in 2004 (no. 5366) gives enormous powers to metropolitan municipalities to implement renewal projects in ‘deteriorated historic areas’. According to Orzan Karaman a more comprehensive “urban transformation bill”, still pending in the general assembly, would authorise both the metropolitan and local municipalities to establish urban transformation zones, expropriate private property and execute transformation projects through private sector partnerships - with absolutely no participation of residents living in the area. 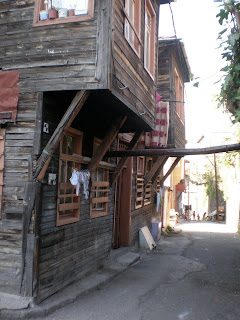 Forced evictions have already been extensive, as investigated by a recent UN Advisory Group on Forced Evictions mission to the city, where the most well-publicised case has been Sulukule with residents having no choice but to leave as they are unable to pay the enormous price difference between their current dwelling and the proposed redevelopment costs of their building. While some civil initiatives have started to bring neighbourhoods under “urban transformation” threats together to develop their own discourse and vision on what they want, they emerge in a reactionary rather than proactive manner, and their success to date has been limited. Some areas such as Sülemaniye (left) and Tarlabasi, containing many architecturally significant houses, have extremely diverse populations and/or a high proportion of recent immigrants to Istanbul, making any sort of community organising non-existent or difficult. As Murat Cemal Yalçintan noted the other day, without rights to the neighbourhood how can we begin to talk about rights to the city?

On the positive side, civil initiatives working in an inclusive process do exist, and potential to work with a variety of local to international networks is there. Hopefully the on the ground struggles here will continue towards urban transformations that collaborate with and bring benefit to people who have until now been marginalised and excluded from the process.