A New Urban Patchwork in London

Last week Pritzker Prize-winning architect Renzo Piano visited London to open his new Central Saint Giles development.  Located in a noticeably dead zone surrounded by the mega-attractions of the British Museum, Covent Garden and Soho, the building seeks to revitalise its site with a mix of high-end apartments and office space as well as public space which is enclosed by the fragmented massing of the building. 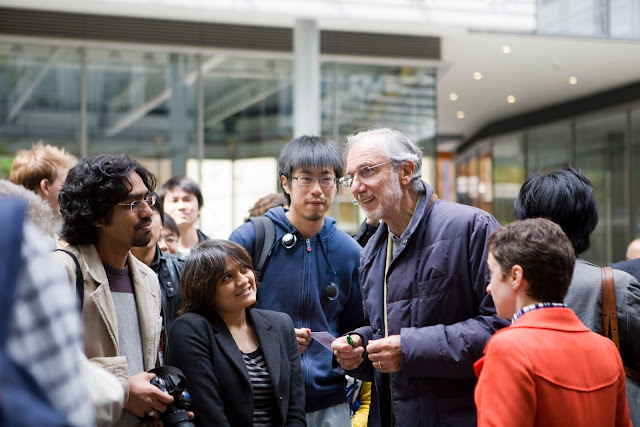 The most outstanding contribution of the design to the cityscape is perhaps the brilliantly coloured ceramic panels that meet the urban context at varying angles.  While this is an interesting addition to a typically bleak skyline, it tends to come across more as technological experiment than an injection of energy and life into the city.  Similarly, while preserving the centre of the site for public space and creating through routes for pedestrians is welcome, it seems more of a token gesture than a well considered and nuanced strategy.  The RPBW website claims: "With its cafés and restaurants, this piazza will generate social life, thus enhancing the urban identity of the site".  That assumption may be too optimistic, given that key factors - such as to whom the café and restaurant spaces are rented - stand outside of the architect's influence.  Another monotonous and homogeneous conglomeration of the typical pricey chain cafés and high street restaurants may not generate any unique contribution to the social spaces of the city. 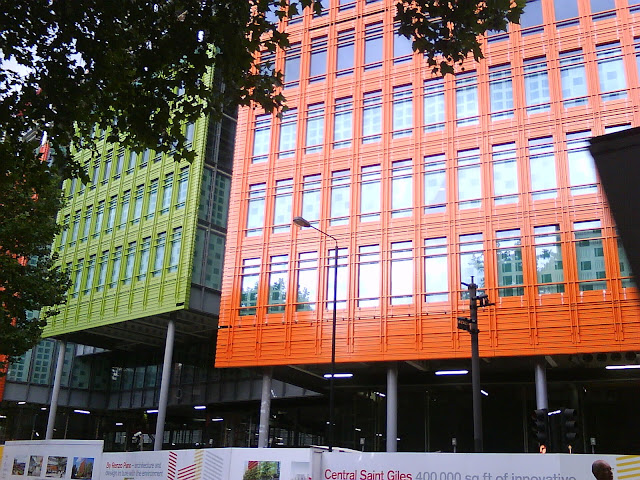 Perhaps time will tell if this redeveloped site truly becomes part of a thriving civic realm that is needed in such a diverse global city, however in the meantime it highlights the disjuncture between a developer's sanitised conception of "joy, vibrancy, transparency and flexibility" (as stated as key features of the project on their website) and the true urban buzz of messy energy, diverse interaction and highly unequal incomes.