Games, toilets and democracy were all components of a recent policy workshop on justice in city planning, entitled, "The Places We Live: Slums & Urban Poverty in the Developing World." The workshop (April 30, 2010, Washington DC) was the culmination of an academic paper competition, and was supported by an impressive cooperative effort between the International Housing Coalition (IHC), the Cities Alliance, and the Comparative Urban Studies Project (CUSP) at the Woodrow Wilson International Center for Scholars. It was tied to the World Urban Forum V – the grand prize winner presented her paper at the prestigious forum in Brazil this year - and the photography exhibit documenting urban slums, The Places We Live. The idea of the competition was to link academic research on urban poverty and planning with senior policymakers: “The goal is to cultivate energetic advocates for urban development issues among a new generation of scholars, as well as offer policymakers with fresh insights from the innovative research that these students are already producing.” 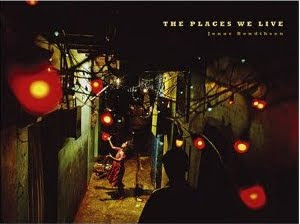 The four papers that were presented at the policy workshop looked creatively at different key features that impact urban planning and the ability of the urban poor to be actively involved in their cities. Danielle Resnick presented "Urban Service Delivery in Opposition-Controlled African Cities" and focused on the impact of political ramifications on the provision of urban services. Paul Rabe explored the technique of land sharing in Phnom Penh and Bangkok, looking at why the technique which balances the interests of commercial developers with current tenants, worked well in one Southeast Asian city and failed in another (“Land Sharing in Phnom Penh and Bangkok: Lessons from Four Decades of Innovative Slum Redevelopment Projects in Two Southeast Asian 'Boom Towns’”). Sai Balakrishnan explored what motivates one slum population to maintain their sanitation infrastructure and another to ignore it to the point of entirely inadequate services (Desired Outcomes, Unexpected Processes: Two Stories of Sanitation Maintenance in Erode Tenements, India"). Finally, Josh Lerner presented a paper on “What Games Can Teach Us about Democratic Participation: Participatory Urban Development in Rosario 's Villas", a compelling and interesting consideration of how to better involve and actively engage citizens in the process of urban planning in their own communities. Each paper considered a different feature of cities and planning that impact the way and ability the urban poor have to engage in the design of their own communities, and are key considerations when thinking about how to create more just metropolises.

Credits: Photo from The Places We Live.