“[I] should tell you of the hidden Berenice, the city of the just, handling makeshift materials in the shadowy rooms behind the shops and beneath the stairs, linking a network of wires and pipes and pulleys and pistons and counterweights that infiltrates like a climbing plant among the great cogged wheels (when they jam, a subdued ticking gives warning that a new precision mechanism is governing the city).”

Empowering citizens through the recognition and responsiveness of the city to their aspirations and livelihood requirements is critical in the maintenance of the just metropolis.  A key factor in doing this comes through understanding that the communities comprising cities are multiple, diverse, and overlapping in their cultural and spatial definitions.  While this further complicates true empowerment of urban dwellers, neglecting socio-cultural nuances that underlie and form megacities lays a foundation of injustice.

Primary elements that fortify and maintain justice in the cities of the 21st century are efficient networks of distribution, access and mobility.  While these have always been important planning considerations, both their centrality and complexity are magnified in the contemporary metropolis.  The challenges of expanding populations, income-based segregation and the increasing interdependence and vulnerability of financial markets pose increasing threats that can be partially alleviated by an honest spatial response to complex flows of people, information, and goods throughout the city. 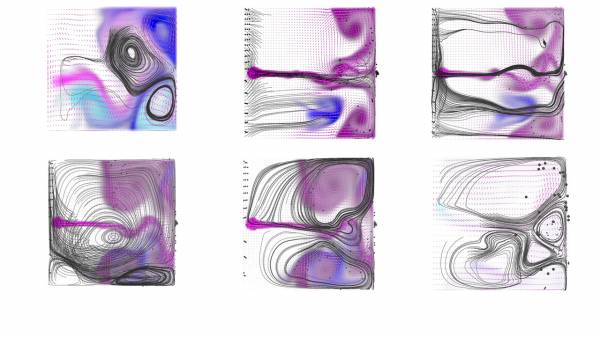 What is the spatial framework of justice in ever expanding megacities?

Clear examples of the unjust manifest themselves spatially in the urban environment through division, whether it be through the visceral imposition of barriers along international boundaries and conflicting political zones, or less aggressive intra-city separations between informal and formal housing.  Severing natural ecologies and fluid landscapes from the form and continuity of human settlements, these borders impose power and restriction, obstructing the growth of the just metropolis.

Alternatively, attempts have been made to model the spatial framework of the city in direct response to constantly changing flows of information, people, and capital, integrating these with the underlying natural landscape.  This exploration is modelled in the Fluid City project of XWG Studio in Beijing.  Modelling the city as a “vector field” demonstrating areas of concentration and dispersion of resources, an effort is made to introduce time-based responsiveness in urban organization.

The just metropolis facilitates a commitment to relevant adaptations, to the unknown flux of urban futures.  Emergent networks such as those given life in Italo Calvino’s city of Berenice operate within the same codes of transience and adaptation that pose great challenges in the 21st century metropolis.  What better way to ensure that the city keeps pace with shifting requirements over time and nurtures growth with justice than by validating these underlying networks?