The Sociology of Public Space

In a conference at LSE last week, invited panelists explored the themes and implications of the writings of prominent sociologist Richard Sennett.  In conversation with architects, academics and policy analysts, Professor Sennett led a multidisciplinary discussion of civic space and the role it plays in the city. 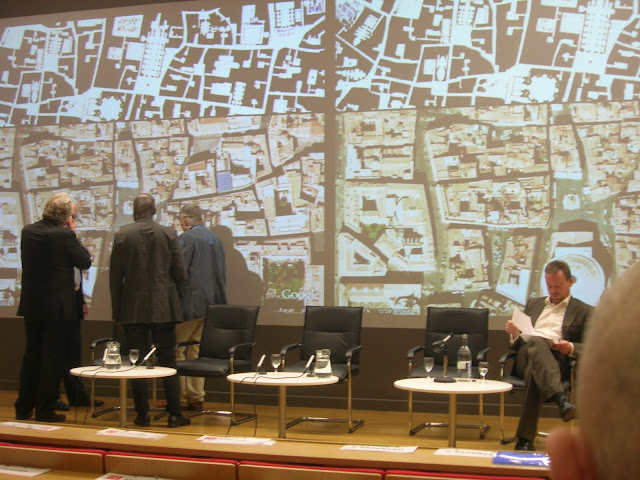 Richard Sennett, David Adjaye, Ricky Burdett and Richard Rogers review the form and appropriation of public space around the Pantheon from a Google satellite image.

The ideas of democratic space and adaptive space emerged repeatedly as key concerns in the design and planning of the city's public realm. Professor Sennett elaborated these concepts by stating that "the attempt to find a finished form is always self-destructive" because it immediately becomes a limited and unresponsive backdrop to constantly evolving societal needs and rhythms, and therefore tends toward the status of outdated relic.  He later reinforced this idea by characterising some spaces as "undemocratic because they are overdetermined".

The public plaza in front of the Centre Pompidou was brought forth as an example of a successful civic space due to its foundation on human interaction rather than material consumption.  Architect Richard Rogers explained that in designing the building he understood that one "can't deal with the public domain in two dimensions" and therefore visitors climbing the long stair along the façade of the building were intended to participate in the life of the public space in the plaza below.

In an age when outdoor retail centres often pass for public spaces, how do we nurture interactive civic space as the heart of community in the modern metropolis?