The Just Metropolis: The Rule of Law?

When one thinks of justice, one of the first things that comes to mind is law. Laws are supposed to be an instrument for ensuring equal rights and institutionalizing fair processes. When it comes to property rights in developing countries, however, courts are usually defendants of the status quo — the sometimes-marginal percentage of the population that dwells in the formal city. 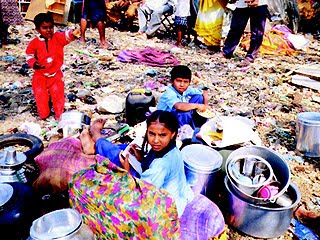 This makes sense for one because courts are charged with enforcing the letter of the law, not changing it. Especially in places where they have to rely more on code than precedent, there is limited room for interpretation. Going by the books, the judicial system doesn’t know how to deal with people who do not have an ID card, a legal address or a business permit. There is no mechanism for distinguishing illegality from informality.

Standards for housing and infrastructure are usually taken directly from the developed West — often left over from colonial rule — despite being inappropriate for a completely different urban and cultural environment.

Beyond these limitations, courts also tend to take a conservative perspective. They may be influenced by pressure or bribes from groups with money and power. Corruption aside, judges themselves usually have a traditionalist outlook. ;They tend to belong to the elite rungs of society, and it’s almost guaranteed they don’t come from a slum.

Courts are often the last place that poor people living or working in the informal sphere in developing-world cities seek justice, because they are often the last place that change occurs. The legal framework becomes a justification for maintaining their exclusion from cities. So slum populations rely on patronage systems rather than the law for protection from eviction.

Well-intentioned advocates that set out to strengthen property rights or the rule of law are often out of touch with this reality. They rule of law is not necessarily a vehicle for justice, but a way of “preserving order” in the interest of elite groups.

Where do we go from here? Sheela Patel, the founder-director of the Indian nonprofit, Society for the Promotion of Area Resource Centres (SPARC) and chair of Slum/Shack Dwellers International, has some ideas.

First, reform the legal framework to reflect informal realities and incremental development. Here’s how she put it in an April 2009 lecture at Harvard Law School:

“How can we develop a ‘staircase’ of evolving norms and standards that are publicly known and which in turn inform the rule of law through which poor people’s survival strategies form the foundation on which we develop this incremental development. It essentially means that we start looking at the poor in the city through new eyes, as workers and investors, as courageous people who have sought to change their circumstances and who face hardship to provide their children a better tomorrow. If the rule of law produces a framework for them to operate within, there need be no informal protection required and the relationship between the state and the citizen would get reaffirmed. Such a process can apply to issues of land tenure, basic amenities and informal businesses.”

Second, work to change the perspective of the courts:

“Who is going to speak to the justices of high courts and supreme courts about the changing world, where more and more poor groups are going to come to cities? How are we going to inform senior politicians that they have to start planning to address issues of rapid urbanization with a high proportion of the urban population having low incomes? Maybe prestigious institutions like the Harvard Law School should bring judges and activist for a dialogue. Is that possible?”