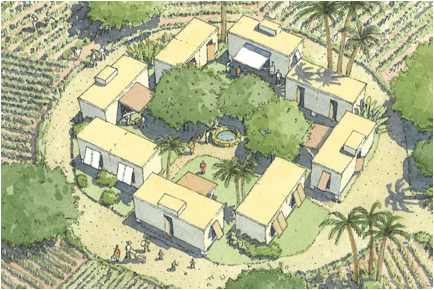 A New Urbanist vision for a new Haiti portrayed by the model of a rural village bound together by a common courtyard. How can land tenure, basic needs infrastructure and improved governance be included in the ideal representation of the architect?

By some accounts, the iconic porches of Seaside Florida may provide the necessary inspiration (or polemic) to shelter tens of thousands of homeless citizens still living under precarious conditions in Port-au-Prince and the Haitian countryside.


In another promotional video filmed at DPZ’s main office in the heart of Miami’s Little Havana, Duany explains the design of the Haiti Cabin. In a moment of candor, he explains that architects lack the “sociology” of Haiti and goes into detail about the challenges of designing for in Haiti.