Interview with Ben Berkowitz of SeeClickFix 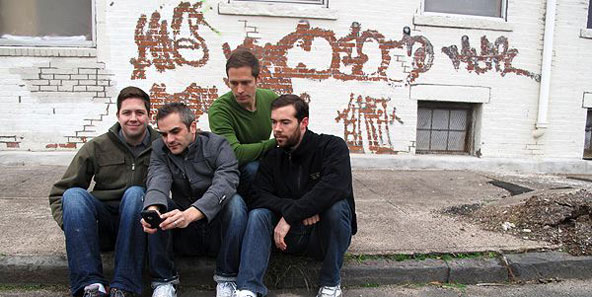 Ben Berkowitz is co-founder of SeeClickFix, a website and software application that allows users to upload pictures of infrastructure problems — like potholes or downed trees — and report them directly to local government. SeeClickFix offers its software and data to users for free. It also does paid work for municipalities, developing solutions to infrastructure problems from start to finish. SeeClickFix recently teamed up with The Huffington Post to assist with recovery from Hurricane Sandy. Ben sat down with Polis to talk about how users have reacted to SeeClickFix, and share his views on governance and entrepreneurship.

What inspired you and your co-founders to start SeeClickFix?

There were a number of problems in my neighborhood that were supposedly being documented and dealt with through city channels. During an attempt to get graffiti off of a neighbor's building, I had the idea that publicly documenting the problem would help hold the government accountable. I think my co-founders were feeling some similar frustrations. I was also motivated by a general interest in getting involved with a social venture that could have a long-term impact on our community.

New Haven is an unusual place for a tech start-up. Why did you choose to stick around instead of moving to New York or Silicon Valley?

Miles [a co-founder] always jokes that the food kept him here longer than he expected. New Haven really has an amazing restaurant scene. Also, my family is here, and with food and family you tend to stay. Then, as if by local karma, you find that there are all these other awesome reasons. Access to talent is really high because of the universities, and demand is not as high for technical people here as in Boston, NYC, the Valley or even Boulder. And, of course, the city itself is a fun place; there are lots of livable, walkable, cyclable places — the same things I enjoy in some of my favorite big cites like Boston, New York and Vancouver.

When you first brought the idea of using SeeClickFix to local government, what kind of response did you receive?

I was not expecting it to go as smoothly as it did. I didn't expect issues to get fixed when we made them public. I suspected that local government wouldn't like us right away. But it works, and it turns out most local government officials actually do want to do their jobs. More and more governments are partnering with us and not trying to look the other way. Also, I was surprised that so many governments started using our software for managing internal data. I have lots of faith in the engineers on our team and we're building really good software, but I thought that "legacy software" was more entrenched in local government than it was. 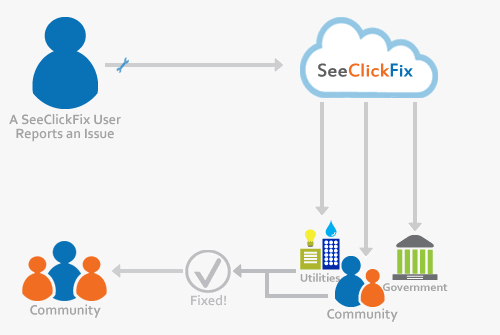 Do you think SeeClickFix has succeeded in helping residents and local government connect?

What do you think is the biggest problem in local government today?

Inefficiencies. General inefficiencies, communication, allocation of resources, failing infrastructure. I think that a great strategy is including more people in the act of governance. That's not a statement about big or small government; it's just a statement about more inclusive government. It's remarkable how many people from local government are willing to invite people in to help make communities better, and also what local citizens are willing to do in their neighborhoods that they wouldn't normally think of as governance. It would be great if the federal government could have as much success, but all the lobbying and politics get in the way of the things that really matter to people.

How would you characterize the role of entrepreneurship in cities?

Entrepreneurship is invaluable to cities. Any kind of culture that says, “Get it Started” and “Do it Yourself” is good if you're working at a nonprofit, if you're a kid in 4th grade selling lemonade, if you're the director of public works or if you’re the C.E.O. of a local tech start-up. That willingness to try something with minimal resources is what sparks innovation and keeps the country going. I’ve seen local government wake up to that, from New York City to much smaller cities like New Haven.