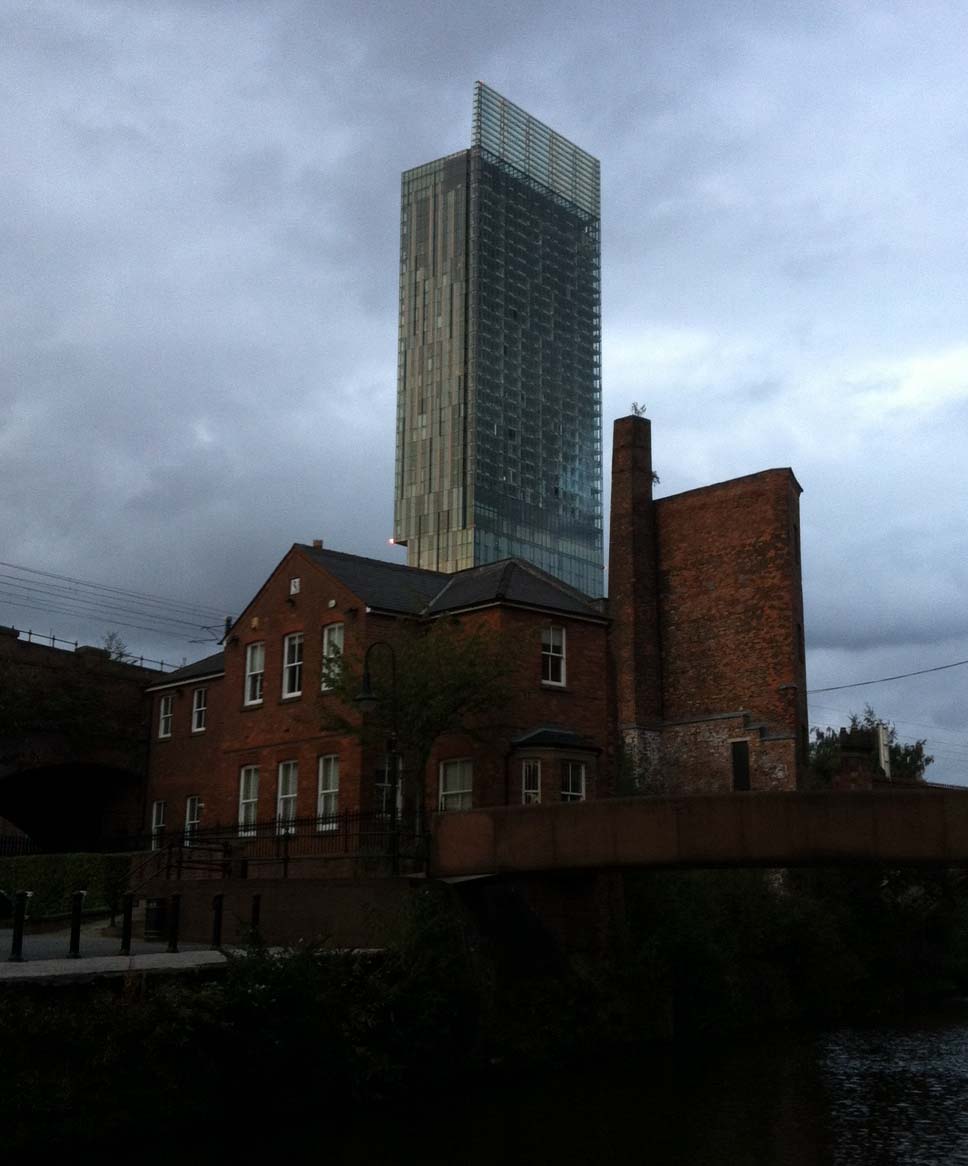 Having recently moved to Manchester, the paradigmatic post-industrial city in northwest England, I've been wandering around to get a better sense of my surroundings. The center offers a fascinating juxtaposition of historic industrial buildings and flashy new development, the latter including a handful of skyscrapers that shake up the urban landscape. 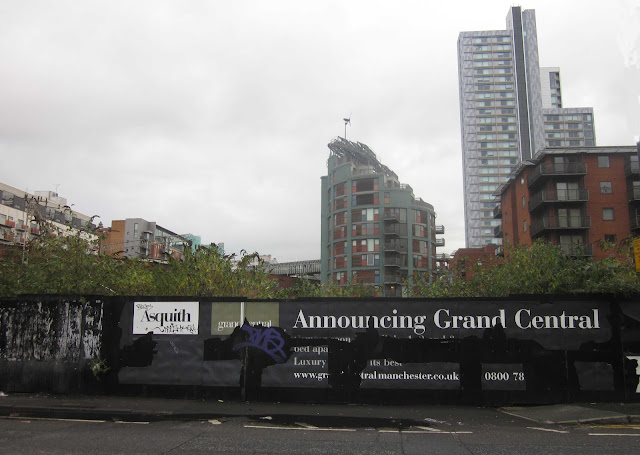 There is much to write about, but I'll start with a fenced-off site that I walk past every day. Judging by the weathered look of the fencing, the site has been empty for quite some time now. 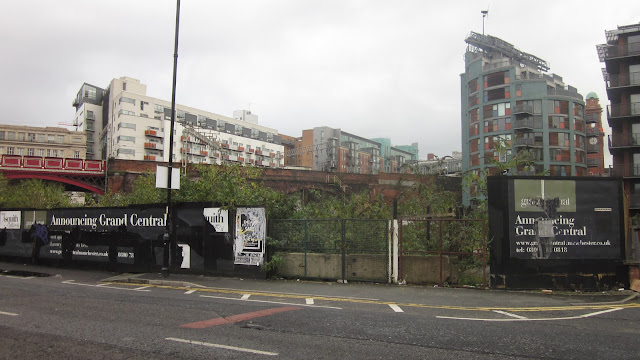 A defunct website for Grand Central Manchester is still visible on advertisements along the fence. Some further research uncovered more information about the project, a 22-story luxury complex with 231 apartments and penthouses. The developer, Asquith Properties, bought the site for about £6 million (over $9 million) in 2006 and launched the project in November 2007. It was shelved six months later, as only 10 percent of the flats were pre-sold and the bank withdrew funding. The marketing agency complained that Asquith's pricing strategy was ill-advised: The price they were pitching was unacceptably high, but they thought their product was premium and that people would be queuing up. ... We decided it would be better for us to walk away." 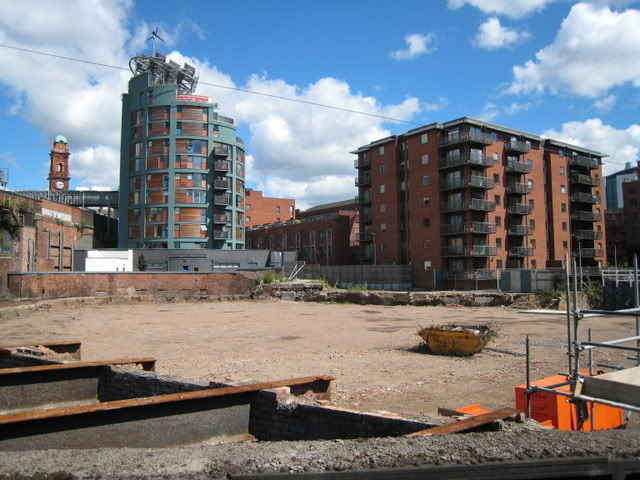 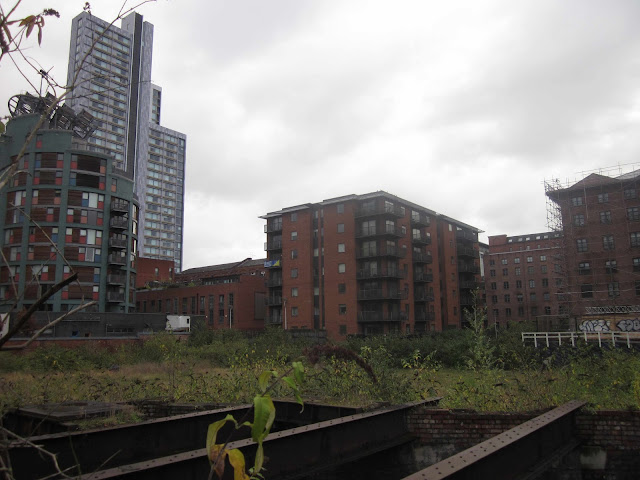 By March 2008, Asquith was reportedly planning to either sell the land or add an additional 30 stories to the residential building — the latter idea clearly a pipe dream. The site is now one of several "in-between" spaces in central Manchester. 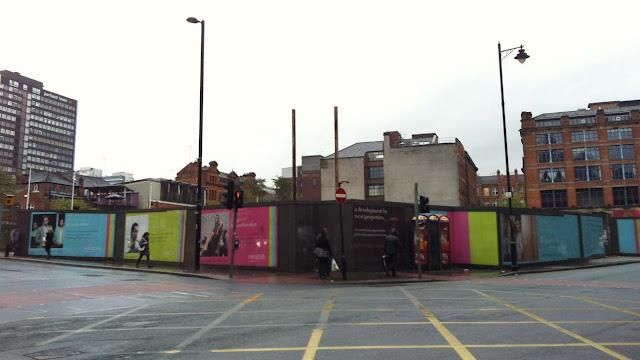 The Origin is a high-end project that, according to developers, occupies one of the last prime real estate locations in Manchester. Its proposed 60,000 square feet of office space, 185 apartments and 17,000 square feet of retail include a luxury spa and a W Hotel. The development is undoubtedly intended for the upper crust, or — more crudely put in an online comment — for "aspirational wankers." 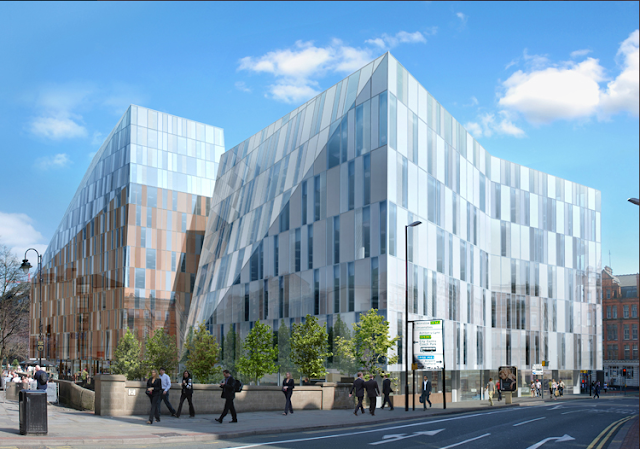 Similar to Grand Central Manchester, the Origin project was approved in 2007. It encountered problems in 2010, when several members of the developer's board resigned. The site was placed on the market a year later. In early 2012, Morgan Stanley bought a portfolio of loans backed by real estate in London and Manchester (including Origin) from Ireland’s National Asset Management Agency for an undisclosed sum. 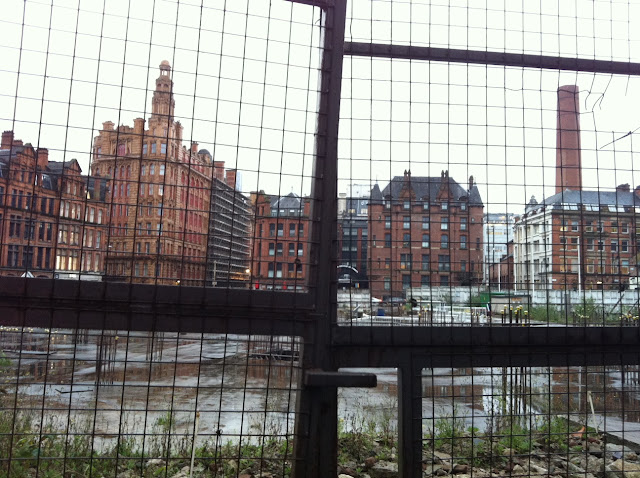 Abandoned development in the city center is a highly visible sign of economic problems that affect the quality of life in Manchester. What does the future of these sites hold for the people who walk by them every day?