Every few months, the gravity of New York City sucks me in and pounds my feet madly to the pavement until I escape, exhausted, on an outbound bus. Last Saturday, it pulled me to a place I had visited only once before. It was an assignment for "Cities in the 21st Century," a comparative study-abroad program that whisks American students around the world to experience urban forms in other countries, beginning with two weeks at home. The assignment was simple: Go to Jackson Heights. Riding the subway to Queens last weekend brought back my impressions and discoveries from that day. 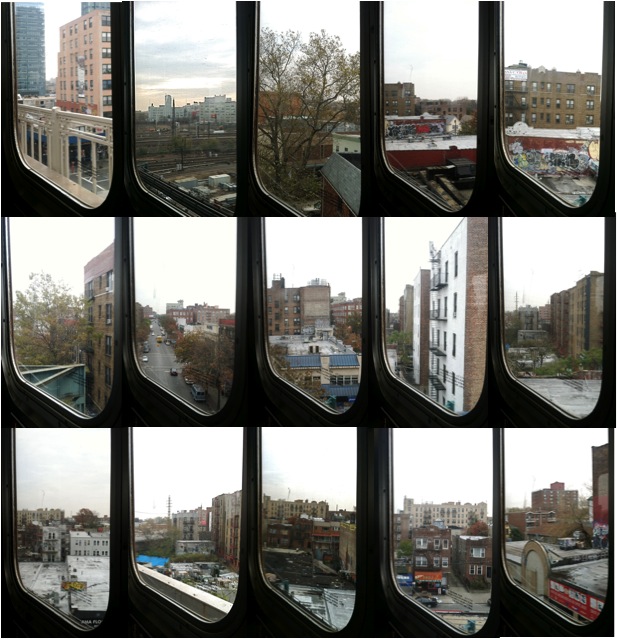 Views from the window of the No. 7 train from Midtown to Jackson Heights.

A few days into our assignment, we attended a lecture by Joe Salvo, the energetic and incredibly knowledgeable director of the population division of New York's planning department. He gave us this advice: "If you want to see New York, go ride the 7 train.” He has explained the experience on an episode of City Talk:


You get on at Times Square, you go under the East River, and then you go to Sunnyside, Woodside, Jackson Heights, Elmhurst, Corona and Flushing. At each one of those stops, this is something I advise people to do: you get off and you sample the food, and look around, and look at the people. In that corridor, you have a foreign born population that’s the size of a major American city, just about half a million foreign born, coming from all different types of countries, and what’s amazing is that people generally get along. 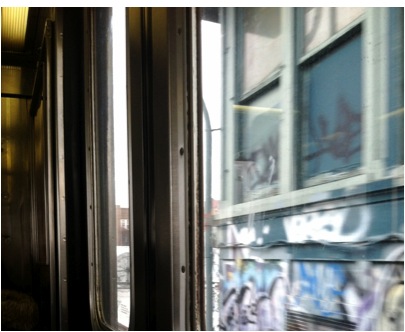 Pulling into the station.

I only needed to get off at one stop to see what he meant. Jackson Heights is fantastically multicultural. Walk west from the subway and you’ll visit the closest thing to India this side of the Atlantic. Walk east, ducking under the elevated tracks, and you’ll see Mexican and Columbian restaurants next to pizza joints and McDonald’s. Walk two blocks north, and you’ll see a synagogue and a few Jewish families in traditional dress. Walk three blocks, and you’ll see a Starbucks filled with young professionals. The collection of cultural traditions in Jackson Heights makes it one of the best neighborhoods in New York for food, as well as one of the best places to shop for a sari. 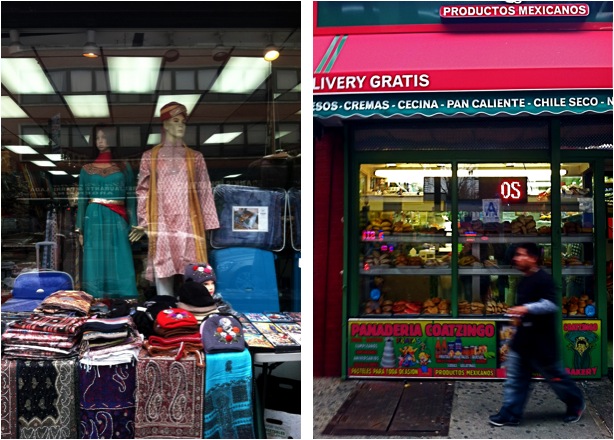 Although we spent only a short time there, all of us who visited that day were struck by the sense of community in Jackson Heights. We went into several restaurants and stores and asked questions about the neighborhood. Without exception, people were enthusiastic about their neighborhood. Jackson Heights seems to have avoided the impersonality of a global city while maintaining its diversity. 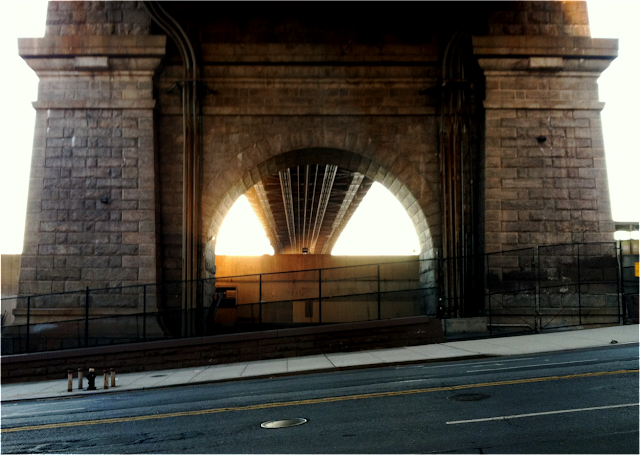 The Queensboro Bridge at sunrise.

On that day two years ago, we found our way to the historic "Garden Apartments" in Jackson Heights. While we politely inspected an unremarkable-looking facade, a man carrying a a couple of plastic bags turned from the street to the door, clearly returning home with his groceries. I said, "Um, do you live here? We’re students — can we ask you a few questions?" He paused but did not turn around. His shoulders dropped in the manner of someone deeply annoyed, and we prepared to run. Then he said, "Alright, come in." His name was Daniel Karatzas, and he had literally written the book on Jackson Heights.

We learned that, while Jackson Heights has always fostered community, it has not always been welcoming. In 1899, plans for the Queensboro Bridge sparked a real estate boom in northern Queens, including the patch of farmland that would become Jackson Heights. The first houses were temporary, speculative buildings, but soon grander plans were hatched by the Queensboro Corporation and its president, Edward Archibald MacDougall. 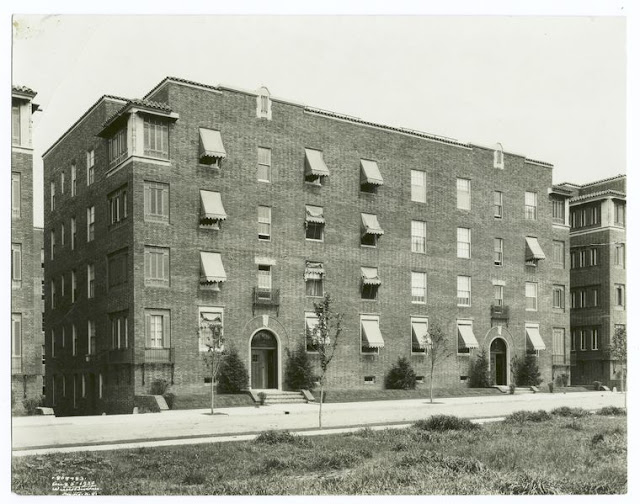 In the late 1910s, the Queensboro Corporation built a series of apartment buildings with private courtyards, inspired by the Garden City Movement. Around 1920, most of the "garden apartments" were converted to cooperative ownership.

MacDougall set high prices for the apartments and advertised the neighborhood as "restricted." It took him more than a decade to establish the affluent Anglo-Saxon community he had planned, but it lasted through the Great Depression and World War II, and flourished in the 1950s and 1960s.

New York's population grew, and the city expanded, putting new pressures on Jackson Heights. Rising inflation and rents in the 1970s sparked a second round of mass cooperative conversion. Density in the neighborhood increased, changing the landscape and opening doors to a new generation of residents.

I enjoyed my return to Jackson Heights just as much as the first visit. There remains an endless variety of food to sample and places to see. Fortunately, it's easy to get there on the 7 train.