Denver hasn't featured very prominently on Polis over the years — a fact that would surprise few people in Denver. The city is not particularly sexy for globally-minded urbanists, lacking the wealth, power, abandonment, history, controversy, architectural patrimony, cosmopolitanism, proximity to disaster or cultural relevance that seem to mark cities in our metropolitan psyches.

While "J.R." and "Dallas" etched the image of a Texas metropolis in the minds of global TV audiences, few remember that the equally popular "Dynasty" took place in Denver. To add insult to injury, perhaps the most memorable film based in the Mile High City is the aptly named Andy Garcia classic "Things to Do in Denver When You're Dead." At least there is John Denver, who took the name as an ode to the city and the state of Colorado on his way to becoming a folk legend.

Rail and bus extension map for Denver and the surrounding region. Source: FasTracks

Yet this city of roughly 620,000 people, and its surrounding region of close to two million, is quietly engaging in one of the most fascinating regional retrofitting projects in U.S. history. The effort is centered around the FasTracks project, a major expansion of regional mass transit that will eventually bring 122 miles of new commuter and light rail, along with 18 miles of bus rapid transit, to eight counties and more than two dozen suburban cities. All this new transit, some of which is scheduled to open next year, has in turn spurred numerous smaller planning efforts throughout the region — efforts to build transit-oriented development and otherwise take advantage of the opportunities provided by new nodes in what will suddenly be a regional mass-transit system. 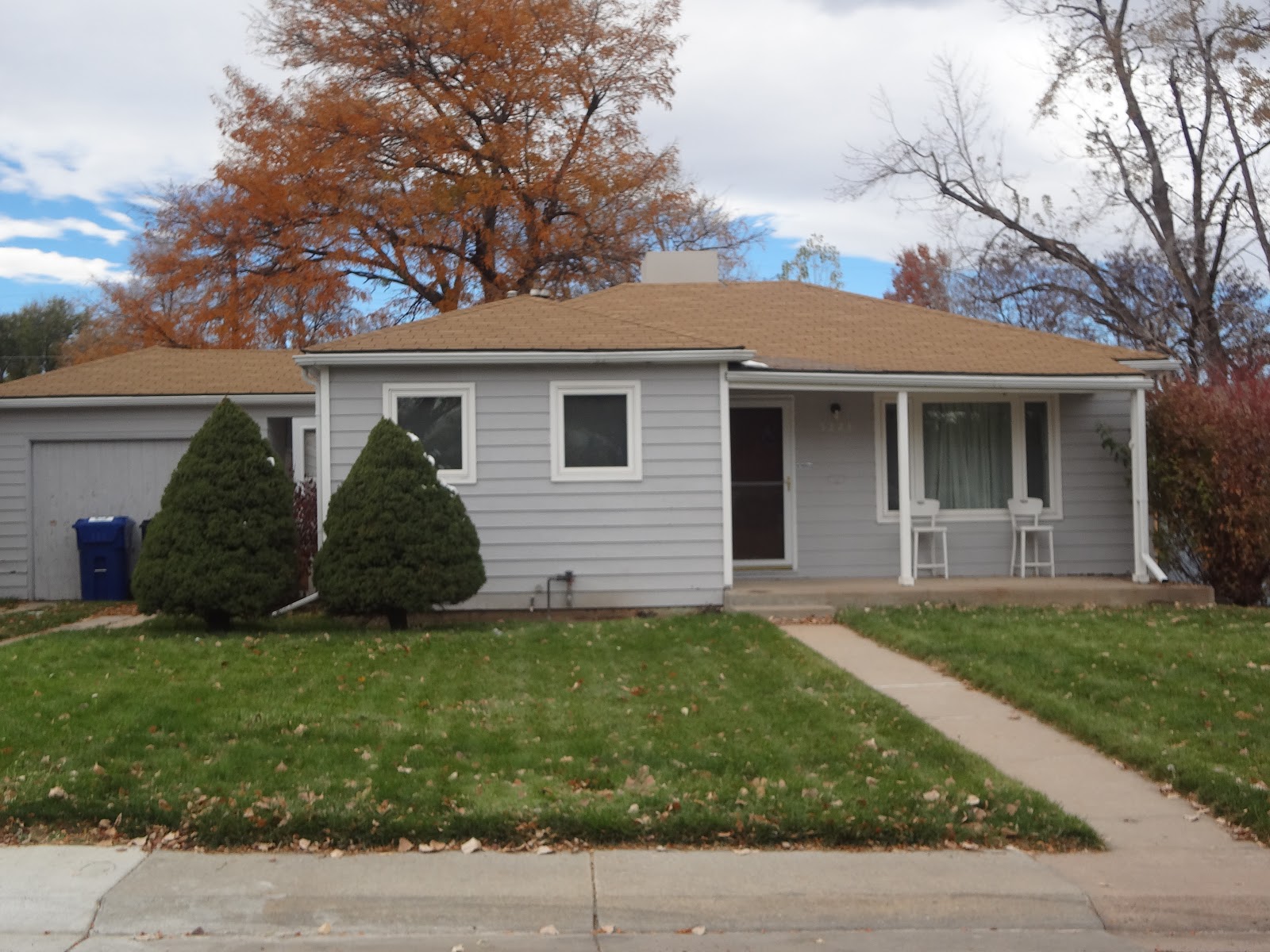 Denver is, in many ways, the prototypical 20th-century American city — a "city of homes" (as the urban historian Carl Abbott deemed it), a fragmented and sprawling metropolis where the single-family home dominates land use. Downtown Denver is one of the most enduring examples of City Beautiful architecture in the U.S., and some of its historic neighborhoods retain the gridded flavor of Craftsmen homes along former streetcar boulevards, but most of the region is a phenomenally extensive grid of interlocking municipalities, some of which — like Aurora — occupy space in three different counties.

Denver is the light blue swath that cuts diagonally across the municipalities in Colorado's Northern Front Range. Source: Ken Schroeppel

The map above, created by Denver planning savant and University of Colorado, Denver Planning Instructor Ken Schroeppel (whose twin blogs, Denver Infill and Denver Urbanism, offer the most comprehensive information I've seen on urban development in an American city), shows the mindblowing political fragmentation in the Denver region. Not only is it primarily made up of automobile-dependent sprawl, but its "home-rule" municipalities have been incredibly aggressive in expanding and defending their turf.

The history of incorporation and annexation is like a municipal game of Risk, with the rewards being tax base and territory. Aurora, the big yellow splotch just east of Denver, is now more than half the size of its more famous neighbor, and prefers to call the region the "Aurora-Denver metro area." Given the unprecedented cooperation between rival municipalities needed to complete the lengthy planning process, as well as the popular vote across eight counties to raise tax revenue in libertarian Colorado, we have to think of FasTracks as a borderline miracle in American planning. 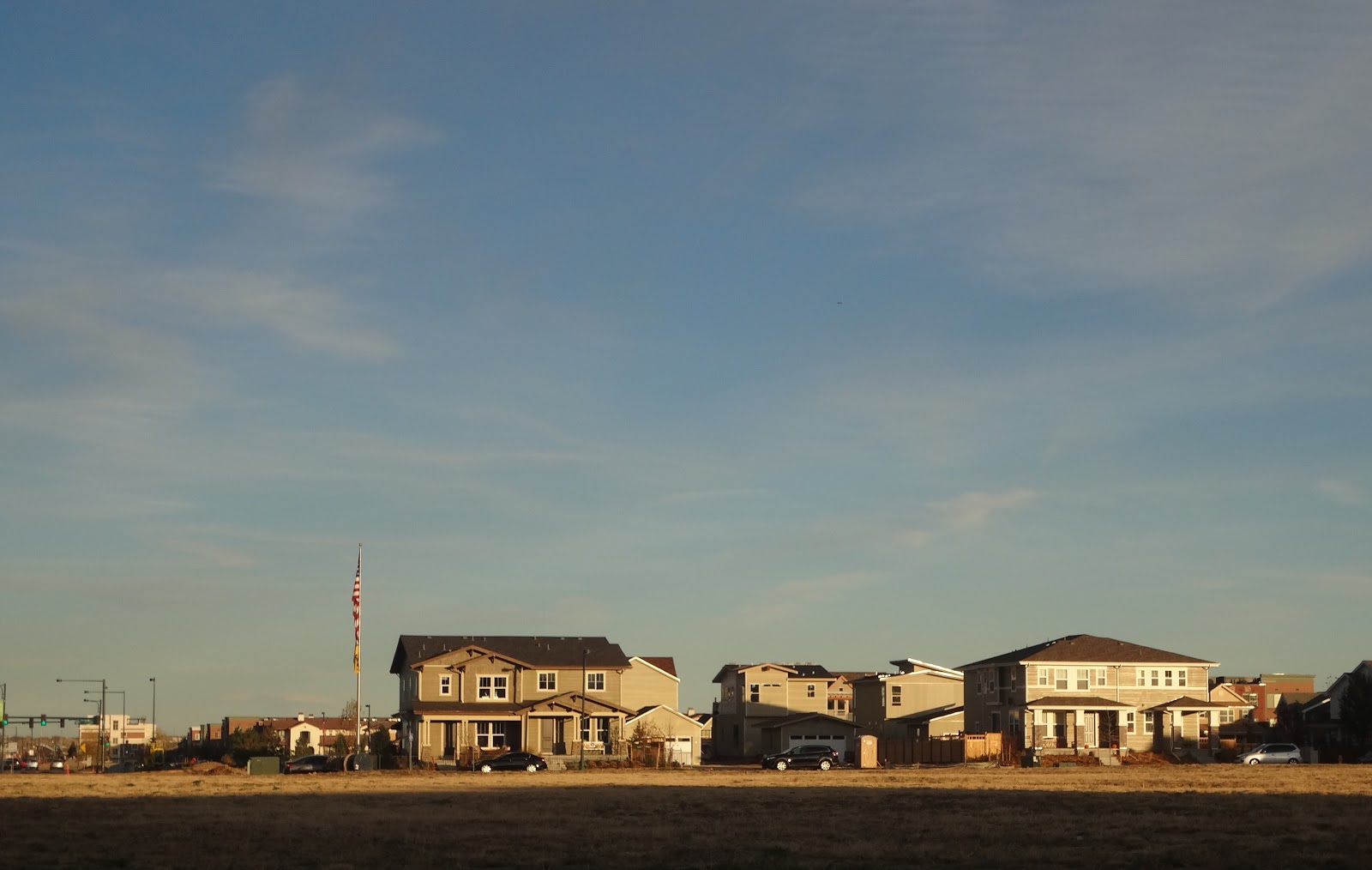 Just as fascinating are the smaller initiatives emerging throughout the region, both independent of and because of FasTracks. Residential development in downtown Denver is booming, especially around Union Station, where the center of the system will be, bringing both excitement and concerns about gentrification. The project will connect the downtown to the Stapleton Airport redevelopment, one of the largest New Urbanist projects in history and an interesting case study in its own right. 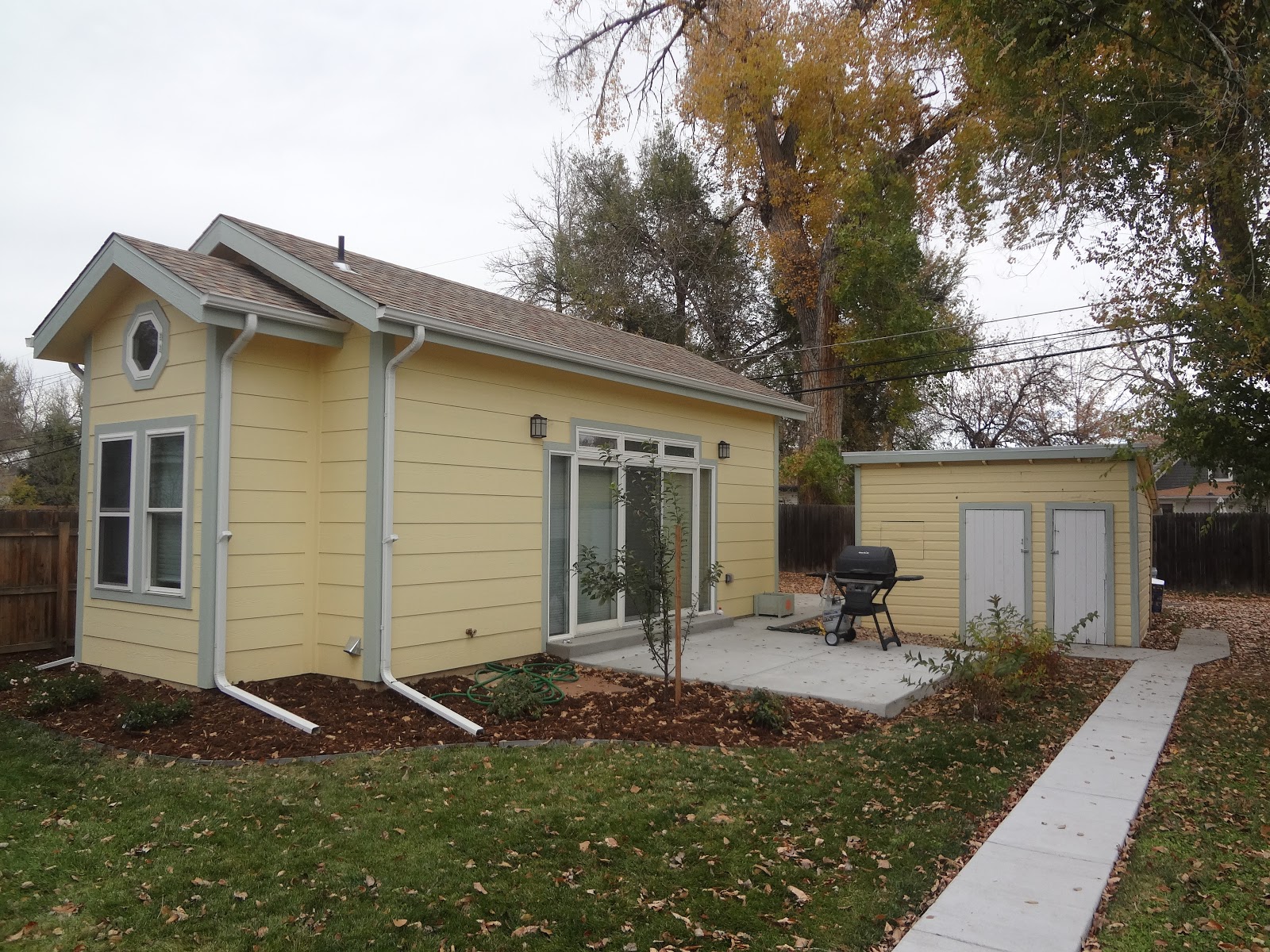 An A.D.U. in Arvada, within walking distance of a future light-rail station. Source: Alex Schafran

But it is the possibility of suburban transformation that will determine whether FasTrack is simply a transit system that makes Denver better, or part of the retrofit of an entire region. One idea that has been growing in popularity among suburban municipalities (especially in Arvada and Golden), is the development of Accessory Dwelling Units (A.D.U.) — also known as granny flats or in-law units — on the grounds of single-family homes. Along similar lines, suburbs like Wheatridge are seriously considering densification that would have been impossible years ago.

Ellen Duham-Jones and June Williamson's idea of suburban retrofit is one of my favorite in contemporary urbanism, but it is an idea that we need to extend to urban and regional scales. Physical and design interventions in the fabric of an aging suburbia are certainly important, but their long-term ability to produce a more sustainable and equitable metropolis depends on their integration with regional mobility, governance and employment. They require healthier relationships between cities and suburbs. There is still much to be done in Denver, and in Aurora, Arvada, Lakewood, Englewood and Wheatridge; but perhaps one day they will be famous as the first to reinvent the structure of the American region.