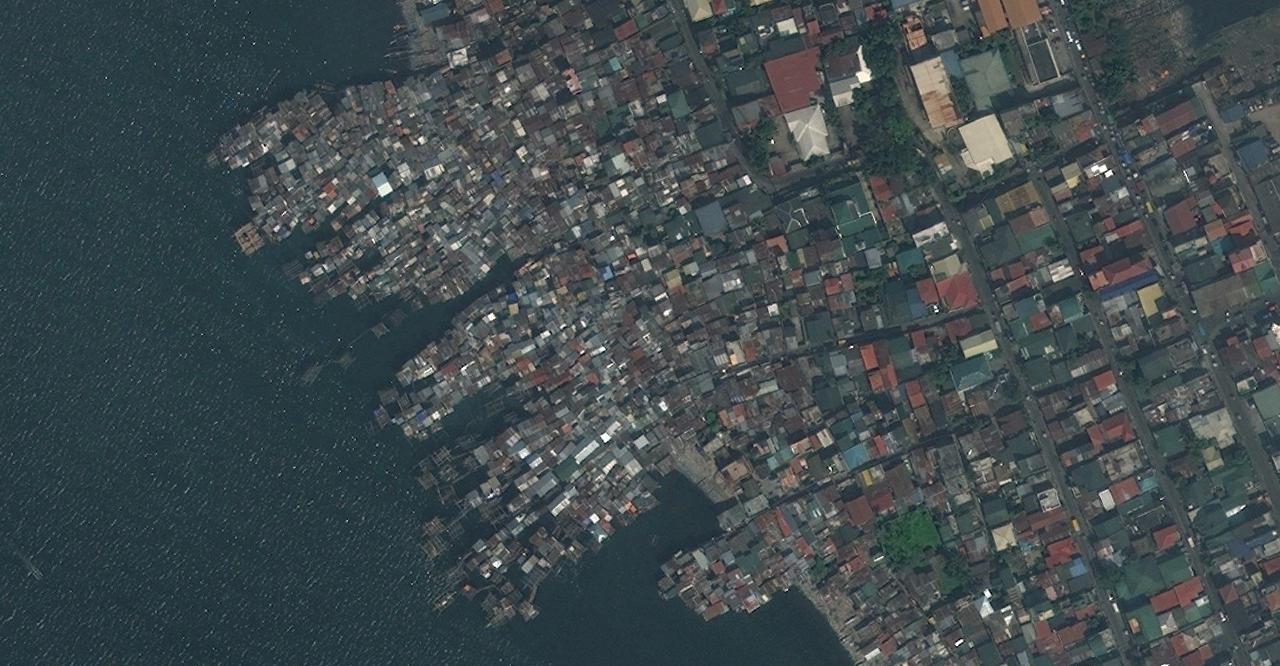 An informal settlement on the seashore of Malabon juts out into Manila Bay.

Manila is one of the most dense and rapidly growing cities in the world. The metropolitan area hosts over 11 million people in 16 municipalities. The Tondo district near its harbor is home to more than 72,000 people per square kilometer, a figure that can only be explained by the existance of large informal settlements. 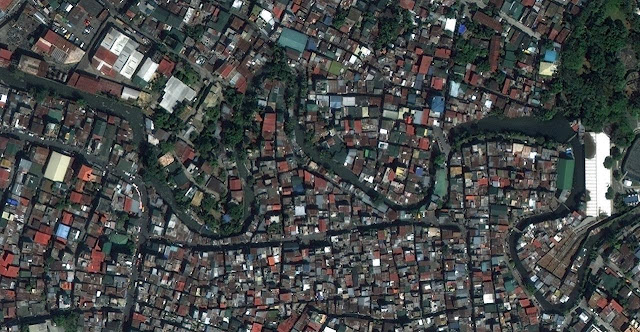 Residents of informal settlements in Manila, such as this one near the international airport, often use waterways for transport, sewage disposal, bathing and washing clothes. 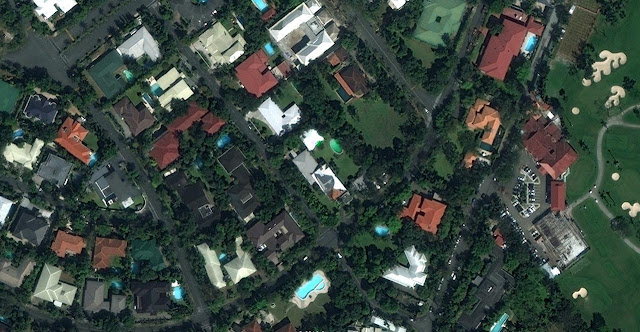 Forbes Park, with its golf club and other exclusive amenities, is the wealthiest neighborhood in the city. It is only three kilometers away from the settlement near the airport. The scale is the same in both images.

Earlier this year, the Asian Development Bank held its annual meeting in Manila. In an attempt to prevent delegates from seeing the inhumane living conditions in parts of the city, the government built fences along the roads and bridges to connect the city airport, hotels and convention center. This is indicative of the city's unwillingness to effectively improve living conditions in these areas. 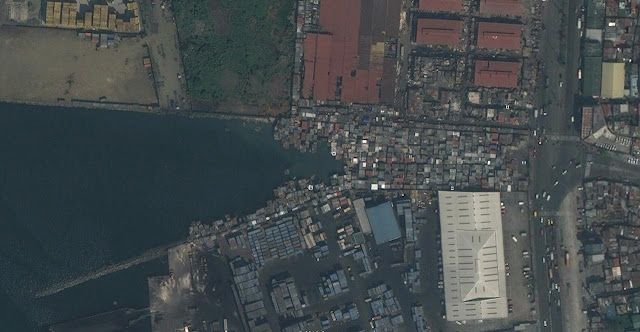 Informal settlements in Manila occupy the most vulnerable parts of the city. Those in Tondo's harbor are exposed to rising sea levels and severe storms.

Manila cannot be tagged a poor city — quite the contrary. Its economy is booming, and it is home to international companies and numerous luxurious residential and shopping areas. One of its shopping malls, the SM Mall of Asia, is among the largest in Southeast Asia. 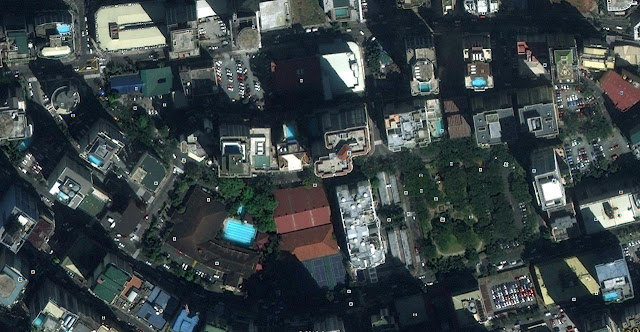 The Makati area is home to the most luxurious apartment and office complexes in the city. Again, the scale of the image is the same as those above.

One initiative is addressing issues of land tenure and housing finance in collaboration with residents of informal settlements. The Asian Coalition for Community Action (ACCA) is a fund set up in 2009 in the Philippines and 14 other countries to catalyze and support settlement upgrading through partnerships between community organizations and local government. It is managed by the Asian Coalition for Housing Rights. 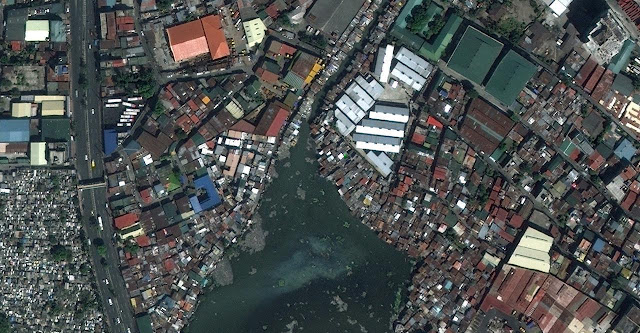 This settlement, near Manila International Airport, occupies the edges of canals and lagoons, exposing inhabitants to heavy pollution.

In Manila, as in most other cities around the world, there are enough economic resources to meet the needs of low-income communities without affecting the city's formal economy. What is lacking is the will to support these residents in their struggle for survival, as well as the institutional mechanisms to make such support effective. The ACCA mechanism has set a precedent that could be scaled up, but it depends on the will of city authorities to do so.