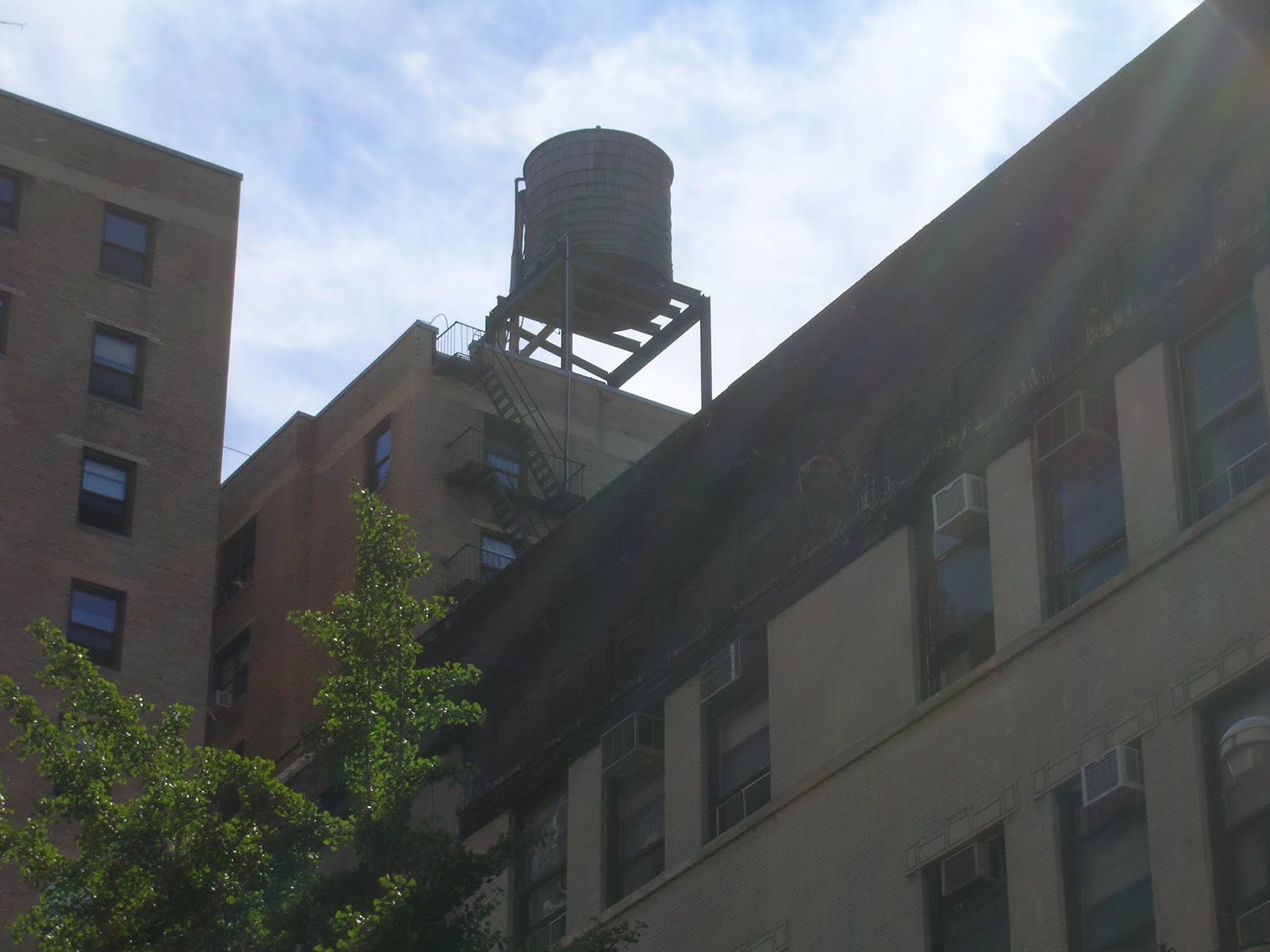 In a city that thrives on individualism and deregulation, several repeating elements leave a lasting impression. Beside the consistent dimensioning and logical layout of the street grid of Manhattan, perhaps the most striking unifying theme is that of the water towers that lie perched upon steel framework on the rooftops. These living industrial relics have been built for over a century, and continue to be the preferred solution to providing New York's populace with an adequately pressured water supply. Due to the shallow bedrock of Manhattan, maintaining a high pressure water supply is very difficult without the use of gravity, which is achieved through the use of rooftop water towers. 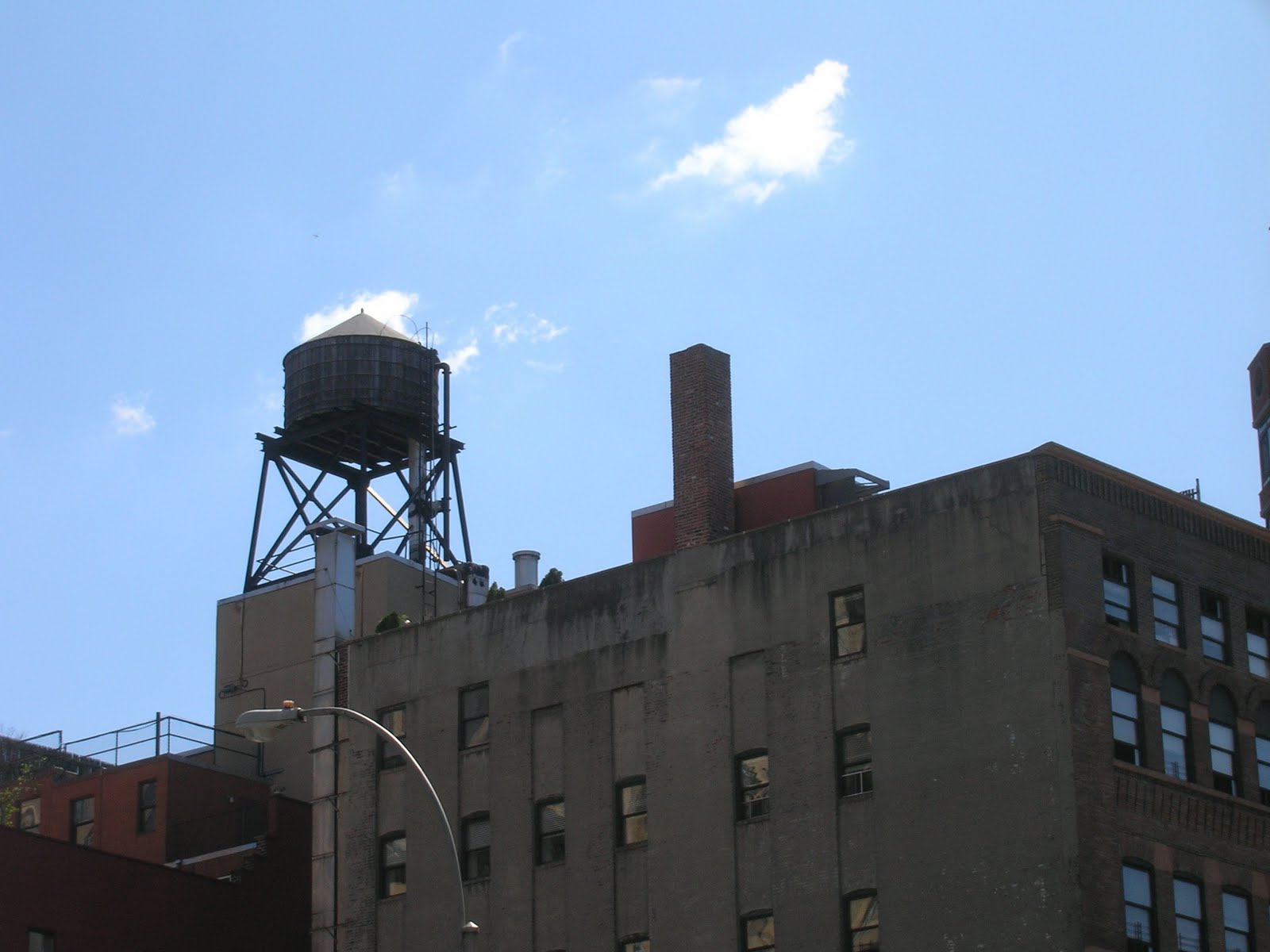 The history of the simply constructed towers serves as a continuous thread that now contributes an important aspect of New York's identity. This manifests itself in various ways, including on one version of the intro sequence to the 'top ten' segment on the Late Show with David Letterman. In addition, Washington Market Park now has a water-tower themed playground for children. 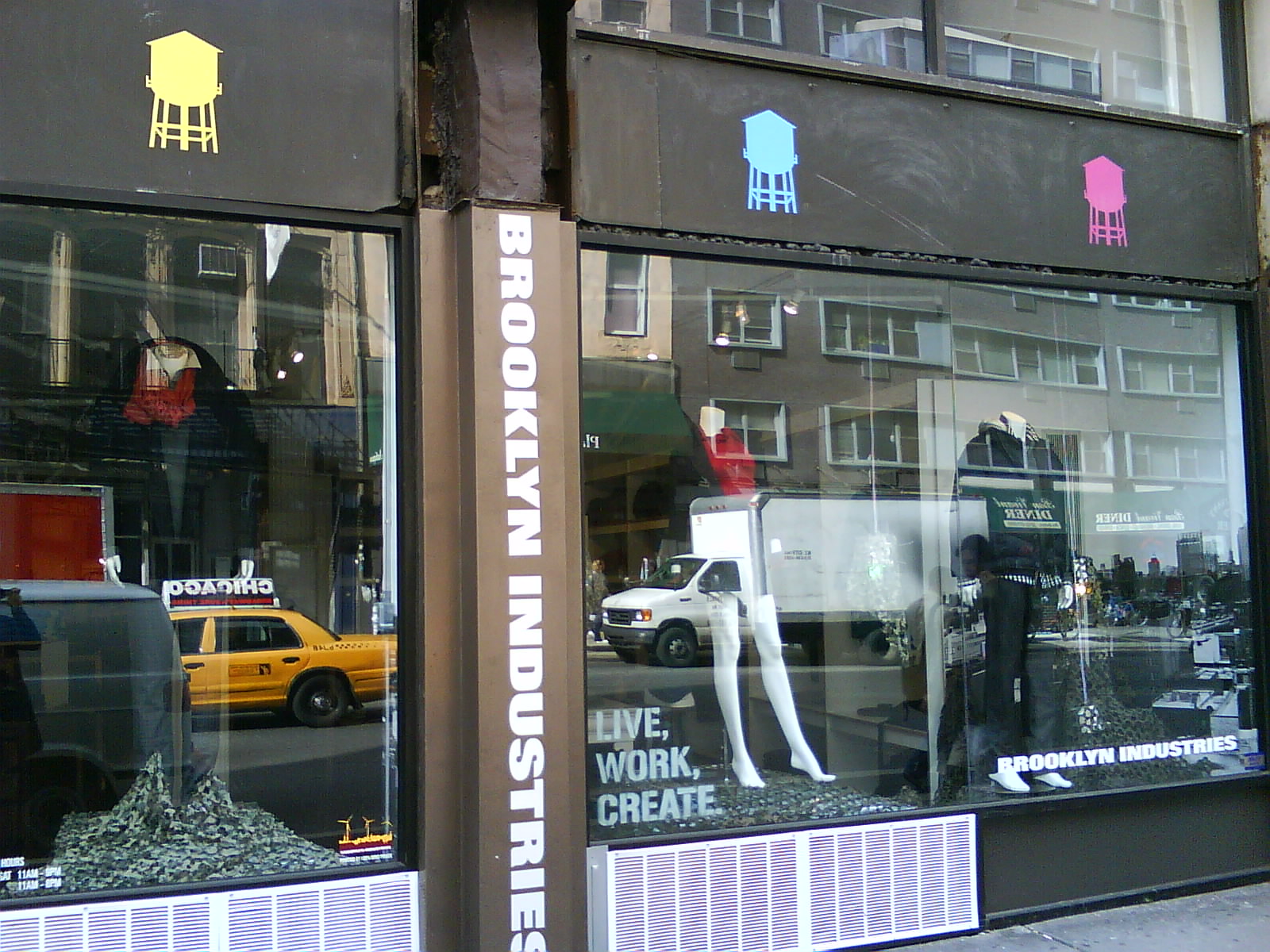 This basic infrastructural solution to an engineering problem has become a unifying theme in the urban landscape of Manhattan, and has contributed positively to the identity of its citizens. Physical elements such as this have been documented and photographed extensively in collections such as Infrastructure: A Field Guide to the Industrial Landscape. There is even a German International Water-Tower Society that collects information and celebrates these structures in their various forms.

Perhaps water towers have an evolving significance, both serving as an element of collective memory of a shared industrial history and as a monument to a precious resource. Concerns over the increasing scarcity and purity of this resource due to rapidly increasing global population as well as increased environmental risk of water supply contamination could continue to elevate the water tower to iconic status. As speculated in the last 007 film, the control of water supply could become a highly contentious issue in the 21st century. Perhaps the water supply of buildings need not be discreetly hidden away, but can be celebrated as a functional element that must be guarded and conserved to bring our collective identity into the future.