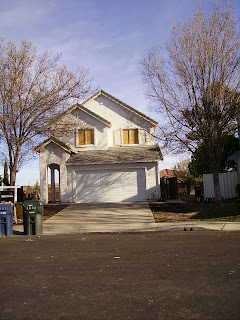 Thursday marks the beginning of a three-day conference at Hofstra University dedicated to "the challenging and emergent phenomenon of suburban diversity." It promises to be an interesting mix of academics, policymakers and activists who share a common view that a critical piece of the future of urban America lies in that massive swath we urbanists have tended to write off as either the antithesis or enemy of the city and its denizens.

The challenge of suburban diversity, or of the suburbs in general, has been brought home by a foreclosure crisis which has impacted the exurbs of the Southwest and the inner ring suburbs of older industrial cities with an acute vengeance. Images like the one at right, taken in Antioch, California, are poised to be the poster child of 21st century "urban" decay.

In the wake of this crisis, some notable urban thinkers, including Chris Leinberger and Richard Florida, have predicted the end of suburbia as we know it, or at the very least the transformation of the suburbs into the "next slum." As important as it is to recognize the ways in which the current crisis will restructure and transform suburbia and the metropolis as a whole (for an excellent discussion on this see the symposium in the current issue of Critical Planning featuring Ed Soja, Neil Brenner, Allen Scott, Margit Meyer and John Friedmann), we must be careful about harkening back to the language of "slum" and "blight" which so dominated the travesties of urban renewal in the postwar era. As Bob Beauregard points out in his brilliant Voice of Decline, the human beings of the city (or in this case the suburb) quickly get caught up in this discursive violence, making poor people (and often people of color) synonymous with decline, rather than capitalist urbanization, neoliberal urban policy, inhumane design or plain old-fashioned greed. 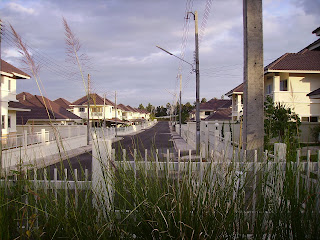 It is along these lines that we have similarly begun to question just how "emergent" is diversity in the suburbs. Popular conceptions of the suburbs as white, middle-class or uniquely American (see the suburbs of Chiang Mai, Thailand at left) not only are increasingly untrue, they have never been completely true. Despite this fact, we tend to cling to our outdated concepts of suburbia, vilifying a straw man even as the reality around us changes.

This is not to say that suburbs do not have problems, nor is it a defense of an American urban form which is undoubtedly at the root of many of our economic, social and environmental problems. It is simply a reminder to pay closer attention to who lives in the suburbs and why, to how interconnected they are to cities and to the metropolis as a whole, and to the simple fact that they are part of us as Americans, whether we like it our not. We can not discount half the population of the United States simply because we don't like where (or how) they live. Better to ask the primary question of the conference, "How might the changing suburbs present new opportunities for creating a more just and equitable society?"