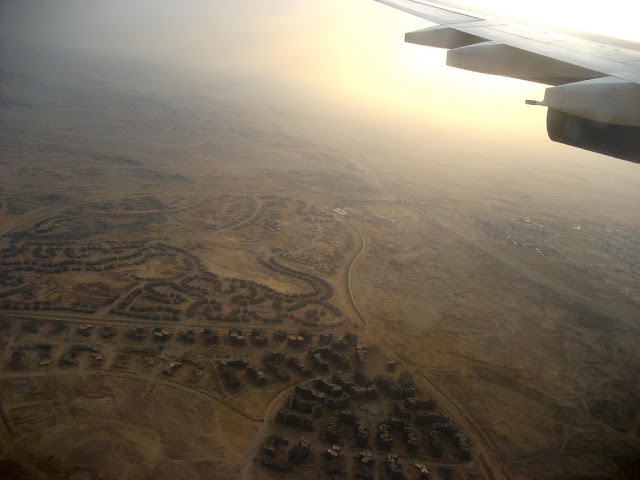 Construction booms and real estate speculations were a global phenomenon in the past decade. Under neoliberal policies, governments encouraged private entrepreneurs to develop mega projects. In many cases these projects had no ecological or social concerns and were often allowed to violate city regulations and to fence-in public space. The free market unevenly concentrated investment, growth and redevelopment in certain areas, while other areas became increasingly abandoned and marginalized.


In Cairo, large investments from other Arab countries fueled this process, and a good part of the resulting benefits ended up lining politicians' pockets. While governments in developing countries have given incentives for construction to create jobs, especially for unskilled workers, many times these subsidies end up in the wrong hands. After a crisis in 1990, the IMF required Egypt to apply neoliberal policies. Only 5% of the citizens, benefited from the resulting privatizations and subsidies.

Now, in a time of oil and water crises, President Mubarak is creating new cities in the desert--luxury suburban oasis--which are sprouting up several miles outside of Cairo on former military or state lands. The government has sold this cheap, dry land to developers, invested and constructed modern highways for the new car-owning suburban dwellers and subsidized water for their luscious desert lawns. 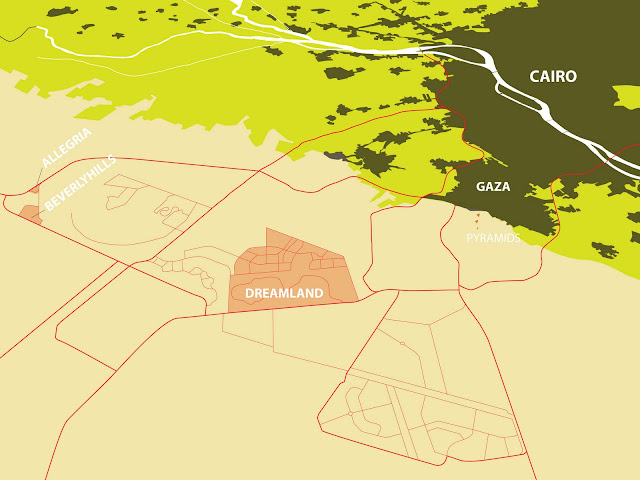 These new cities, which include Sixth of October and New Cairo, recreate the American suburban typology: they are not walkable and lack a decent public transportation system. These new 'cities' are composed of shopping malls and gated communities that offer safe and unpolluted environments away from the city, as well as exclusivity, green landscape and, of course, golf courses. 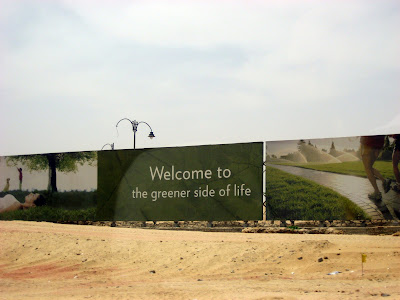 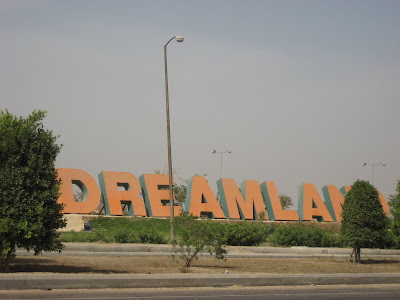 Speculative builders profiting from the government subsidies doubled the size of these new cities by marketing foreign and bogus green lifestyles that are completely unsustainable. Coincidentally, one of the luxury suburbs, called Alegría, is owned by the father-in-law of President Mubarak’s son. In other words, president Muberak’s son is married to the daughter of one of the biggest developers in Egypt.

Despite the construction boom, only 25% of the units in the desert suburbs are occupied. In the rest of Cairo, there is a massive housing crisis affecting a large population that is living in overcrowded, illegal settlements without running water or sewer systems. People are living in the worst conditions. There are squatters on rooftops, people living in cemetery mausoleums (City of the Dead) and the city continues to sprawl out, with four to five storied informal constructions. 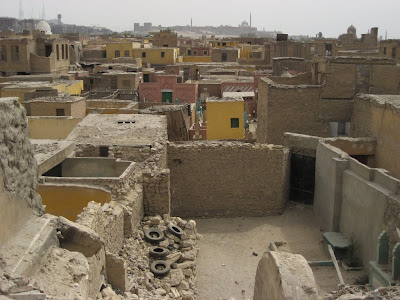 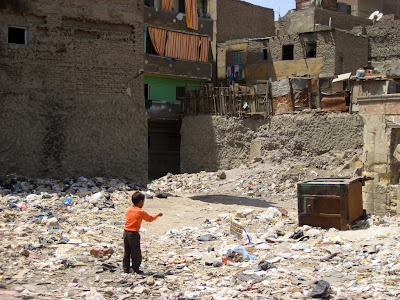 City of the Dead and Historic Center, Cairo.

Regardless of this urgency for housing, the government has created incentives for the construction of luxury housing while limiting the construction of low-income housing. The misuse of government funds indirectly benefiting the high-end construction market is more widespread than one may think and distorts the very concept of laissez-faire, which is central to neoliberal policies. This distortion is causing the decay of the center of the city as the upper and middle classes leave it to its fate as it fails to attract private or public investment.


Credits: Images by Natalia Echeverri. Video of "Cairo, A Divided City" from The Arabist.