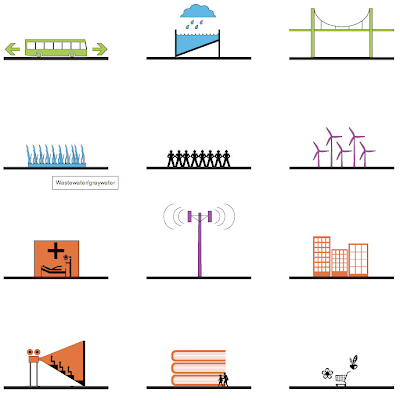 CityLAB, an urban think tank at UCLA’s Department of Architecture and Urban Design, is searching for the next generation of the Works Projects Administration. Evoking the New Deal W.P.A. which constructed renowned infrastructure projects, public buildings and parks all around the county, the WPA 2.0: Working Public Architecture promotes “projects that explore the value of infrastructure not only as an engineering endeavor, but as a robust design opportunity to strengthen communities and revitalize cities. Unlike the previous era, the next generation of such projects will require surgical integration into the existing urban fabric, and will work by intentionally linking systems of points, lines and landscapes; hybridizing economies with ecologies; and overlapping architecture with planning.”

The Works Progress Administration, launched in 1935, was the largest job initiative in the history of the US. Millions of people were employed, including artists, actors, writers, musicians and teachers. The projects created during this era were not only large infrastructures such as Hoover Dam and the Golden Gate Bridge but also cultural and recreational endeavors. Today we find thousands of murals all over the country, travel guides of 48 states, mathematical tables, etcetera. Architecture and landscape marvels such as the Red Rocks amphitheater and the beautiful Greco Deco or “WPA Modern” architecture remain as a lasting legacy. 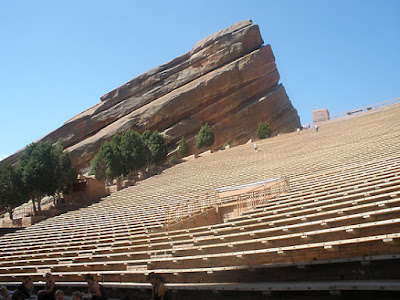 With the Obama administration, the ideas of the WPA have re-emerged with the current stimulus package, which plans to modernize the countries infrastructure, increase alternative energy production, lower health costs, and improve education. Today’s WPA projects will take advantage of these spending lines. Examples of these new projects can be seen in the first stage of the WPA 2.0 competition, which has shortlisted the following six projects that can be found online:

In all six projects, sustainability plays an important role. The Border Wall entry proposes thirty alternatives to the existing border wall between the US and Mexico. Included are sustainable alternatives such as the "Hydro Wall," which collects and stores potable water along a mile and a half and the "Solar Wall" which is composed of solar panels. Coupling Infrastructures focuses on the US water crisis, particularly in the South West. Using a drying man-made lake called Salton Sea as a case study, it recommends a series of pools to create new ecological habitats and complementary economic solutions, which together remediate the devastated site. The Hydro Genetic City entry, advocates a network of water storage and purifying nodes across L.A. which are integrated to the stations of a light rail system. Local Code uses contemporary tools of spatial analysis and parametric design to remediate San Francisco’s 1600 "unaccepted streets" −streets that are not recognized or maintained by the city. 1,000,000,000 Global Water Refugees creates a strategy to repopulate the Rust Belt’s shrinking cities by attracting the population that is currently being pressured by water shortages elsewhere, with the large fresh water supply of the Great Lakes. Finally, Carbon T.A.P connects Lower Manhattan to Brooklyn with a pivoting park/bridge that uses algae pontoons to absorb the CO2 produced by the automobile tunnel that runs below it.

The six participants will present their final designs on November 16th at the National Building Museum in Washington DC to an audience of policymakers, practitioners, critics and scholars. Parallel to this, there will be a student competition which is open to registration until October 16th. Six student entries will be selected and exhibited at the National Building Museum on the same date.

Credits: Infrastructure matrix from the WPA 2.0 website. Photo of Red Rocks from redbubble.com. Photo of Aquatic Park from the United States Library of Congress.