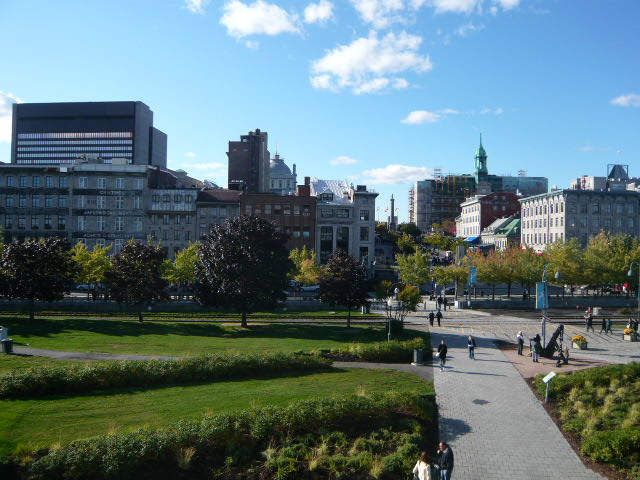 Every once in a while, in fact as much as possible, I like to escape New York and explore a different place. Last week's long weekend (Columbus Day in the US) gave me an opportunity to rediscover Montreal, a city I had not visited in 20 years since I was a kid. I had gone to Montreal by train with my dad in the middle of winter from New York in the 80s. The only thing I remembered from my first trip was how cold it was and taking refuge in one of the underground malls.

This time I drove there with my wife and daughter and stayed with friends. I was really impressed on many different fronts:
The first thing that struck me upon entering Montreal after driving through barren wooded areas of Upstate New York and Canada was the big City feel of the high density and tall buildings in the downtown area. 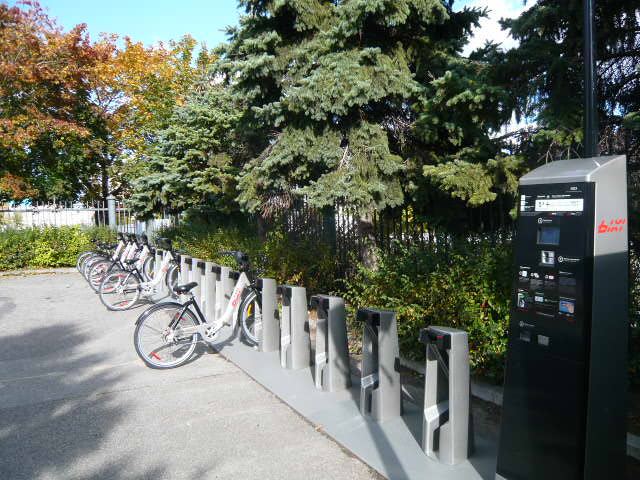 Upon finding parking with great ease in front of my friend's place, between the Latin Quarter and the Village, I did not drive for the rest of my stay. I was impressed by the public bike rental system, the availability of paid public parking poles for bicycle, as well as traffic signalization for bike lanes. 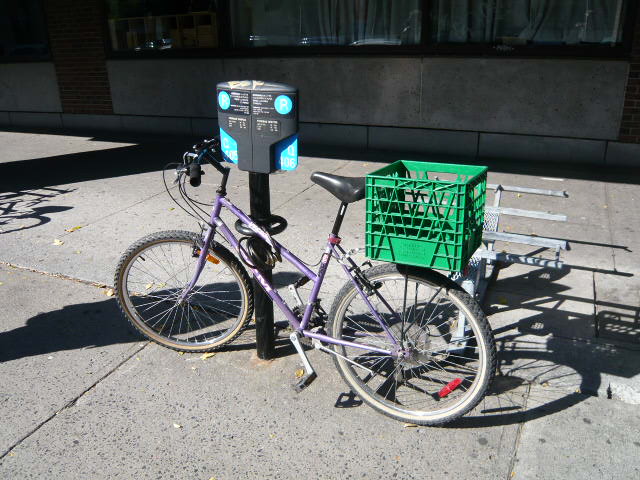 On Day 1 We walked through the Old Port area stopping to take in the view of the river and do some people-watching from the terrasse of one of the cafes on Jacques Cartier Square. We then walked through Chinatown and back to the Latin Quarter via Rue St Catherine. Along the way we were impressed by how clean the City is and were drawn in by the unimposing relatively pedestrian friendly scale of the residential and commercial buildings. There were also several performances taking place such as a fire eater on Place Jacques Cartier and a Hip Hop show on Place Emilie-Gamelin just off of Rue St Catherine which is the City's Main Street. 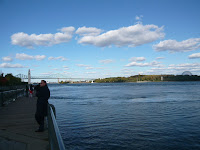 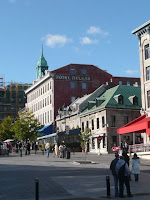 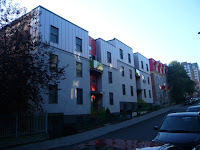 On Day 2 we walked up to Mont Royal park, passing through Rue St Denis and several commercial streets. The area reminded me of a mixture of the West Village and Downtown Philadelphia with the mixed use commercial residential brownstone/townhouse style buildings and the murals on many walls and buildings. 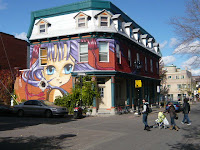 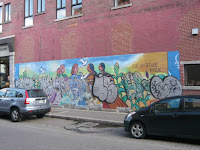 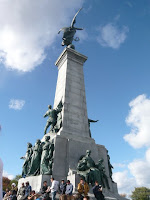 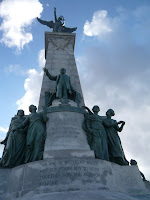 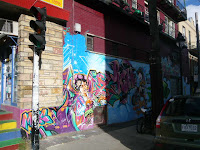 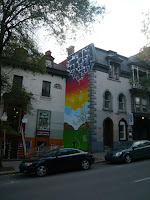 Montreal struck me as a city with lots of diversity and cultural activities. We checked out a drum circle in the Plateau Mont Royal at the mouth of the park on Sunday afternoon. We also got a a glimpse of the night life in the city as well. Sunday night there was a great Salsa band performing at a place called L'Escalier, which was an apartment turned in to a bar/lounge. The place reminded me of the Squatter cafes that existed in the late 80s and through most of the 90s in Geneva Switzerland; kind of a homey and informal/alternative atmosphere. There was a fair amount of people out on the street and several lounges and clubs were open which were relatively packed for a holiday weekend; while it was Columbus Day for us, Canadians were celebrating Thanksgiving.

People in Montreal were overall relatively warm and welcoming. Everyone seemed very laid back and stress free. From my conversations with my host I think this is attributed to the great quality of life that Montreal offers. It is a Socialist society with a good public health and education system, great food and to the affordability of rents and life in Montreal overall. My host lives in a 2 BR apartment with a balcony and washer dryer unit that runs him close to $1,000/month. Not bad EH?! Needless to say we thoroughly enjoyed our little getaway. Lucky we made it before the real cold sets in!