Who’s to Blame for Natural Disaster in Manila?

I left the Philippines a day or two before Tropical Storm Ketsana hit the Philippines, drowning parts of Metro Manila, killing more than 200 people and leaving more than half a million homeless. It was described as the worst flooding seen in Manila in over 40 years, submerging over 80% of the city, after the city was bombarded by a month’s worth of rain in 12 hours. The government has declared Manila “a state of public calamity” and the streets are scattered with debris, sewage, abandoned vehicles and ruined homes, while concerns of water-borne diseases rise. Some describe the city now as a world of mud, as much of the water has receded but left behind an incredible volume of mud. 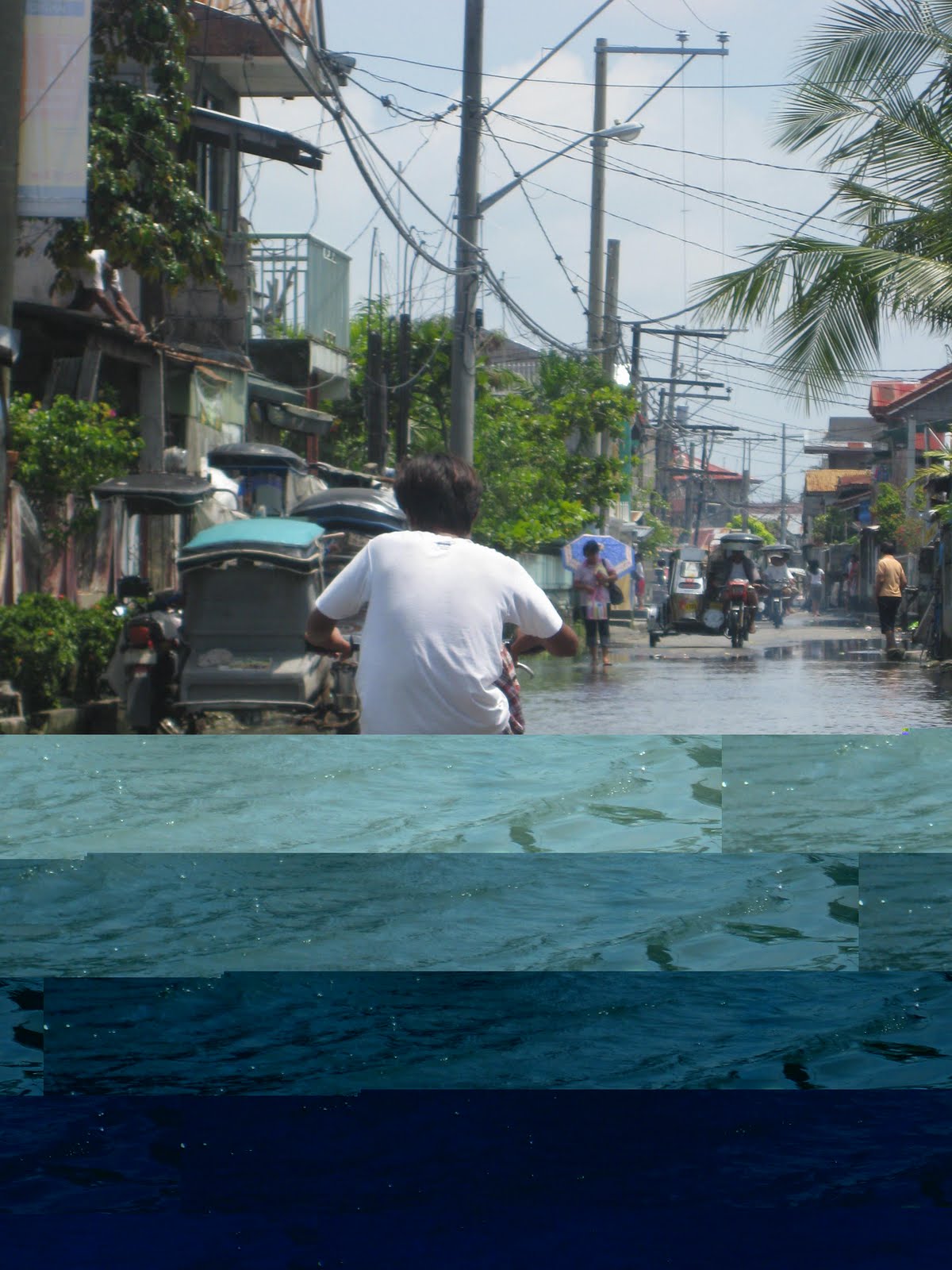 A fishing village south of Manila, which experiences flooding twice a day (during high tide) due to its proximity to rivers. The flooding is exacerbated during the rainy season, to the point where schools have to close and people sustain high levels of water damage to their homes. Image source: Anna Fogel

Manila is the opposite of the shrinking city phenomenon I described a couple of weeks ago when describing Youngstown, Ohio. It is a huge and sprawling city, incorporating 17 cities and municipalities with a population of more than 12 million. It is growing at more than three percent per year and more than a third of the population lives in informal slum areas. It exemplifies many of the challenges facing cities in developing countries – chaotic and sprawling urban planning, poor sanitation and inadequate sewage, pollution, severe traffic, extreme poverty. However, like shrinking cities, urban planning has a huge impact on the future of the city. While the flooding was caused by massive rainfall and a natural disaster, it is heavily impacted and even facilitated by the flawed urban planning of the city.

Flooding is not a new phenomenon for Manila, or the Philippines. When you search online for “Manila” and “flooding” you find articles from many years – not just from this most recent flooding of Manila this past weekend. They are mostly from the summer months which are the worst for flooding – July, August and parts of September. Everyone I spoke with this week who I had met the previous week during my time in the Philippines described the devastation that wrecked their home or their neighbors or families homes, but ended the description with an optimistic comment describing the inherent resiliency of the Filipinos and their ability to endure, as they had in the past. However, there is every indication that as a consequence of global warming, as the land around Manila Bay sinks and the sea level rises, these natural calamities will only increase in scale and frequency, and the urban plans for cities will have to endure even greater challenges.

The planning of Manila has resulted in a city that is most susceptible to flooding. The city has grown rapidly without the necessary planning, which has happened in many major Asian cities. The Economy and Environment Program for Southeast Asia (EEPSA) ranked Metro Manila as one of the areas in Southeast Asia most vulnerable to flooding. It is located on a bay and crossed throughout by the Pasig River. The flooding was heightened by the lack of planning, poor drainage and sewage and high levels of pollution and garbage. Many slums are located along rivers which often blocks available waterways, and are also in the direct line of the frequently overflowing water. Carlos Celdran, a popular resident and historian who leads walking tours throughout the city, commented “It’s amazing the city has actually managed to make it this far.”

More than 100 years ago, Daniel Burnham, the famous Chicago architect, designed a plan for Manila. One described the plan as filled with “grand boulevards, green spaces and neo-classical architecture.” Only fragments, and very few, were realized from this plan, and the city seems to have grown organically and chaotically since then. This was a city and country that at one point emerged as the forefront of Asian development, and now is lagging behind. (Electricity outages are now relatively common, as demonstrated when my flight was delayed by hours because of a power outage that downed the radar as the main international airport in Manila.) While there are many to blame for the terrible flooding that occurs throughout the country not only this past week, but throughout the rainy season and for many years, from disjointed and neglectful governance to massive commercial endeavors, the urban planning, or lack of it, plays a huge role in the city’s ability to withstand flooding.