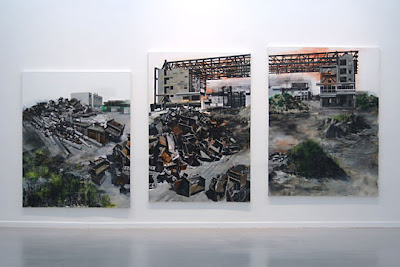 While I was completing my graduate studies at the Cranbrook Academy of Art I would often wander over to the painting department and sate my visual appetite. I spent most of my time in the studio of Moonjoo Lee; her coy, but cordial, disposition does not adequately prepare you for the bravura she unleashes upon the canvas. Her works are captivating in content, the familiar overturned; brilliant in execution and technique; commanding in scale and attention.

Moonjoo is interested in the space of cities. Her works reflect a concern with: piles of dirt and debris from demolished buildings, which become a new form of "nature" in the urban environment; uprooted street signs, rusty grates and pipes from the ground look like the findings from an archeological excavation of our age. 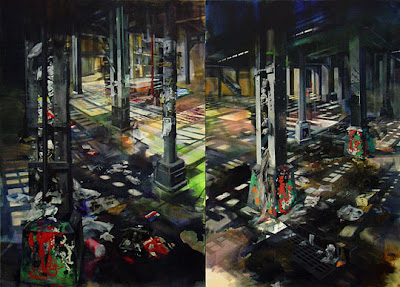 Through an inventive use of format and media she has experimented with a variety of imagemaking and presentation techniques. Her early works, a brutal clash of material and construction, gave way to more stylized compositions. Making works in the various cities she has lived in, has given Moonjoo a diversity of inspiration, albeit focused on the same 'new nature.' 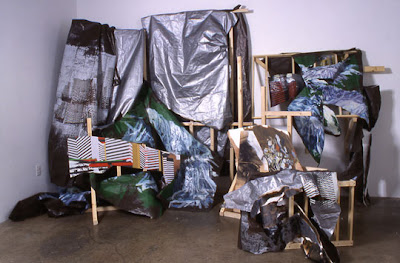 Critic Wolf Jahn writes about Moonjoo's most recent residency at Künstlerhaus Bethanien in 2007/2008, describing how she: scouted two particularly interesting sites: the construction of the O2-Arena and the deconstruction of the GDR’s former Palace of the Republic. Blended into one single image (Palast der Republik & O2 World, 2007), the two motifs create a slightly ambivalent impression owing to the particular technique used in the “demolition” of the Palace: since it was gradually dismantled rather than demolished, it continued to look as though “under construction”. Accordingly, Lee’s picture conveys the general sense of a building in the making. Desolation in turn appears much more subtly in the guise of a pile of rubble over which grass has grown in the course of time. 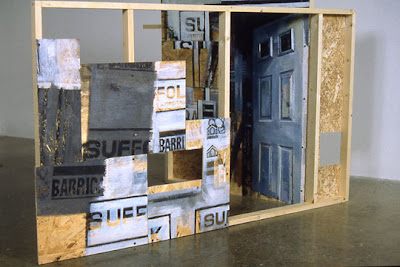