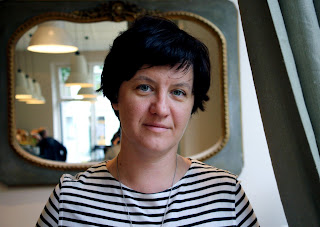 Photographer Xenia Nikolskaya lives in St. Petersburg, Stockholm and Cairo. She has done 15 solo shows, and her pictures are featured in the Bibliotheca Alexandria Arts Centre and Sveriges Allmänna Konstförening. She has done commissions for Newsweek, Conde Nast Traveler and the Hermitage Museum.

Nikolskaya currently teaches photography at the American University in Cairo and is editing her upcoming book, "Egyptian Dust: The Social Life of Endangered Spaces," which will be released in February 2012. The book will include 70 pictures featuring buildings in ten Egyptian cities, with text by historian and poet On Barak.

Polis recently met with Xenia Nikolskaya in Stockholm to talk about the project.

For the last four years you have been documenting abandoned Egyptian palaces for your project "Dust." How did you come up with this idea?

One day, by chance, I walked by the Sarageldin palace in Cairo's Garden City. It was a fascinating little villa with sculptures and a garden — very romantic. The doorman asked me if I'd like to see the inside, and of course I did. All the windows were covered with shutters, and I was very curious to see the interior. It was like a sleeping beauty. The furniture was still in place, but it looked like the residents left suddenly, possibly at the time of the revolution in 1952. When I processed my pictures, the first thing I noticed, besides the beautiful interiors, was the dust. The dust is clearly visible in the pictures. 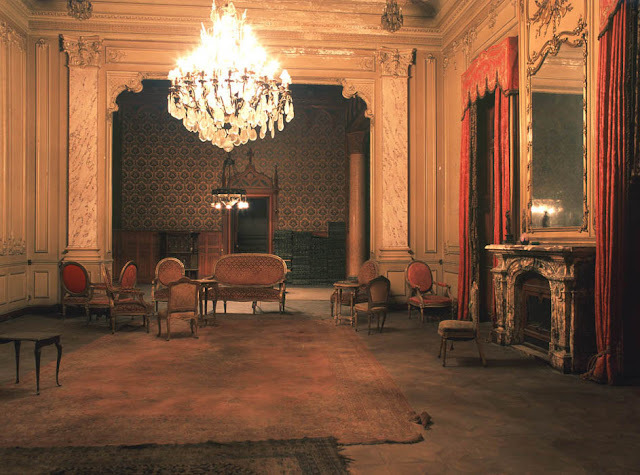 How did you capture the character and sense of abandonment in these interiors?

In my opinion, you can’t really understand a work of architecture if you bring in artificial lighting. Every building is designed for a certain combination of exterior and interior lightning. A flash or extra lamps would alter this vision.

The exterior light in these buildings is very low, often coming from the side. That is why you can see the dust. With sidelight you get character. You use it if you want to show all the wrinkles and beautiful experience in an old man's face, for example. It is the same with buildings. 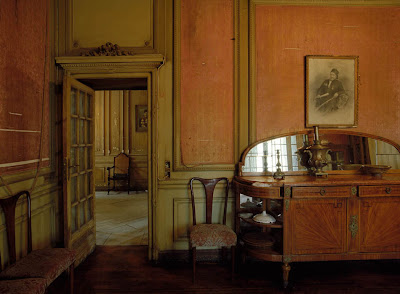 Which time period is most interesting to you?

I have been documenting interiors from 1869 to 1956. In 1869 the Suez canal was built, and foreign money flew into Egypt. Governor Isma'il Pasha attracted foreigners with land grants. If you had money you could build almost anything. In 1956 Gamal Abdel Nasser kicked out wealthy foreigners.

What meanings are associated with these abandoned palaces today?

I would say they are not highly valued because of their connection with colonial times. Today, Egypt is moving towards a lot of glitter and gold — that’s the fashion. And these palaces were Western European fashion, cultivated in Egypt by force. 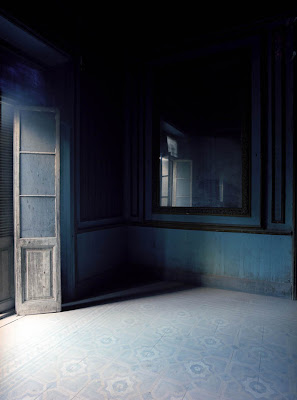 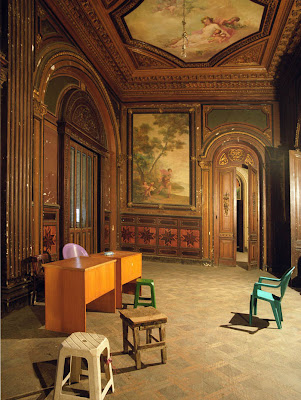 Does the Arab Spring and new political developments play a role in your images?

My project was possible because of the stagnation in Egypt, which prevented the palaces from being redeveloped. Revolution has given this project more value, as it is uncertain whether the palaces will be preserved by the new government. 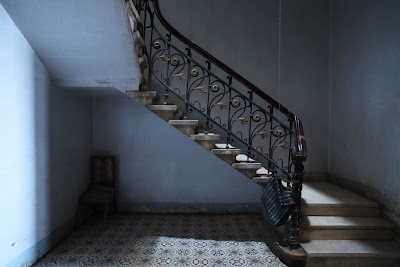 Why is it important to show these environments?

First, because they are vanishing environments. Many palaces are now gone. The project began in January 2006, and I finished in January 2011 — literally a week before the revolution. So many of the buildings have already disappeared.

Why are the buildings disappearing?

Because they take up a lot of space, there's no one to maintain them, and land is expensive. The owners were waiting until the buildings collapsed, so they could build something golden on the plot. There is a law that assigns landmark status to any building over a hundred years old. But if it falls apart without intervention, it can be replaced with something new.

Why aren’t the palaces being renovated and reused?

This is mainly because of a law that Nasser established in the 1960s, which made it possible to rent space in these buildings for a ridiculously low cost. No one has been able to change the rent since then. You can give your place to your children, but you can’t sell it, you can’t sublet it, you can’t do anything but live there. I know people who have penthouses and pay the equivalent of $20 a month. So landlords can’t afford to renovate, because they don’t earn enough money. And that's why in some areas there is no development whatsoever. 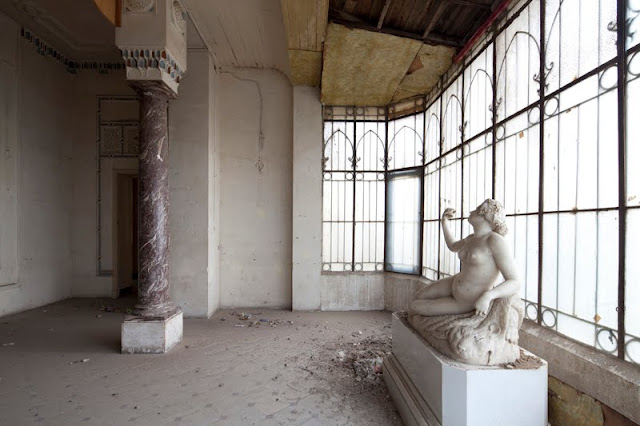 Why did you choose absence as your theme?

Do you think Egypt will preserve architectural heritage from colonial times?

I think much of this architecture will be replaced. In Egypt's history, the 70 years I have been documenting are nothing more than a minute. But this minute left many beautiful examples of architecture. My wish is that the book will inspire people to preserve this heritage, even in the context of rapid political change.