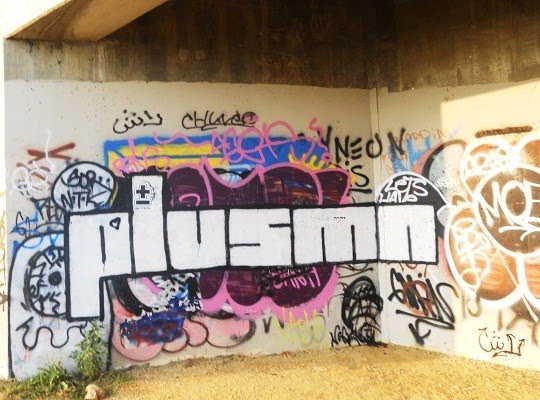 Street art needs a facelift. The global street art movement, which aims to reclaim public space, is perceived in some local communities as similar to billboard or media ads that are forced upon people without their consent.

The reclaiming of public space should be done in a way that all users of the space understand and appreciate. Murals have changed the legal boundaries of acceptable art in public space, and what qualifies as public space. By reaching out to government authorities and community organizations, muralists have achieved a level of respect in which graffiti is no longer considered vandalism. 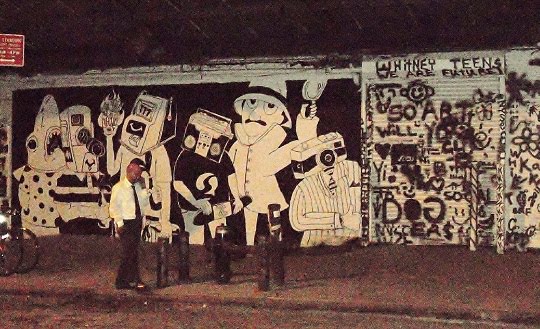 Mural under a bridge near Highline Park, N.Y.C.

One agency that supports legal street art is the D.C. Commission on the Arts and Humanities (DCCAH). The commission, with support from District government funds and the National Endowment for the Arts, provides a plethora of financial and educational programs for individuals and nonprofit organizations. The DCCAH MuralsDC Project, created by D.C. Councilmember Jim Graham in collaboration with the Department of Public Works, and programs such as Not in OUR DC! give youth a legal means to display their artistic talents in a way that fosters respect for private and public property. The goal is to have murals reflecting the culture, history and community interests of neighborhoods in areas identified as having a high volume of illegal graffiti. Through the program, more than 30 public art pieces have emerged throughout the city. 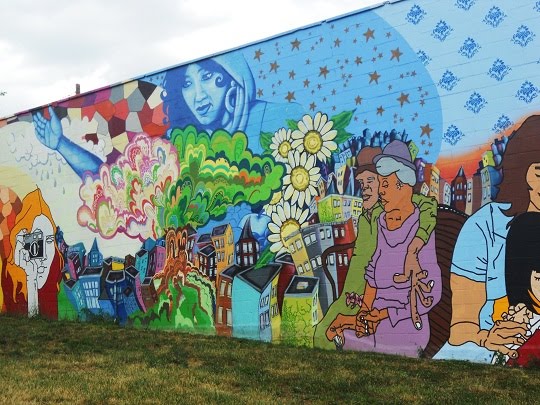 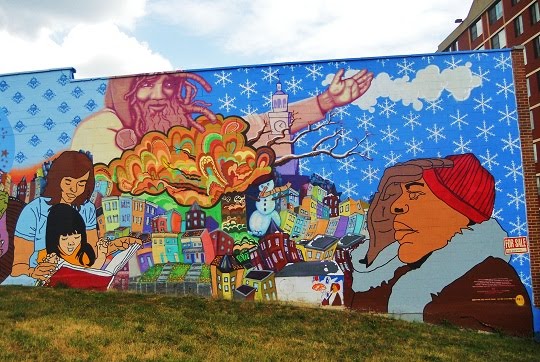 This summer MuralsDC kicked off its fifth year with The Art of Vandalism, featuring former and current graffiti writers, as well as representatives of D.C. government agencies, in an effort to find permanent solutions for graffiti. DCCAH has given out over $4 million in grants to support community and economic development. DCCAH Interim Director Ayris Scales says, "We feel it's important to fund programs that allow young residents to express themselves legally and without the worry of repercussions. Whether someone is painting oil on canvas or aerosol spray on a wall, their art is an expression of themselves that should be valued."

In combination with DCCAH and former D.C. Mayor Adrian Fenty’s DPW, the Latin American Youth Center (LAYC) and artists Chinedu Felix Osuchukwu and Luis Peralta supervised the creation of the “Evolution” mural along U Street in Adams Morgan. The piece is meant to represent the changes the Columbia Heights neighborhood of D.C. has undergone and the growth of graffiti from a form of vandalism to a respected art form. “There is more business — U Street is changing," Osuchukwu says. "So, we're actually a part of the change by doing this mural right here." 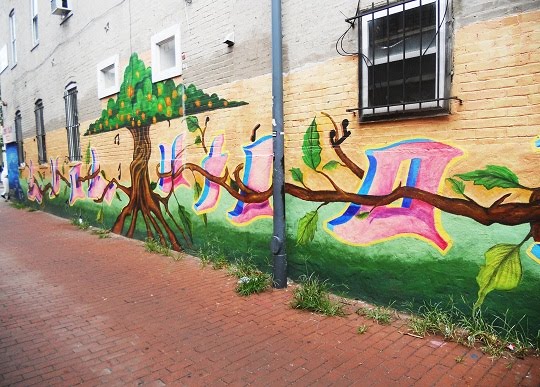 Part of Joel Bergner’s Action Ashé!, a project that uses public art to expose international social issues as well as celebrate local culture, The Afro-Columbian Mural: Currulao y Desplazamiento was funded by the DCCAH and is on the alley wall opposite the “Evolution” mural. Inspired by visits to the conflict-ridden Pacific Coast region of Colombia, pictures, and research, and stories of community co-workers at the LAYC, Bergner painted images in the mural that were chosen by friends back in Colombia. 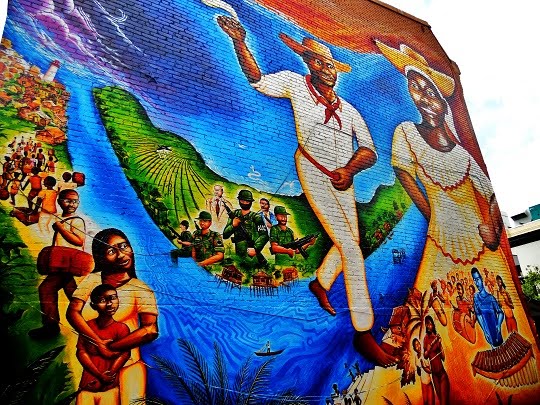 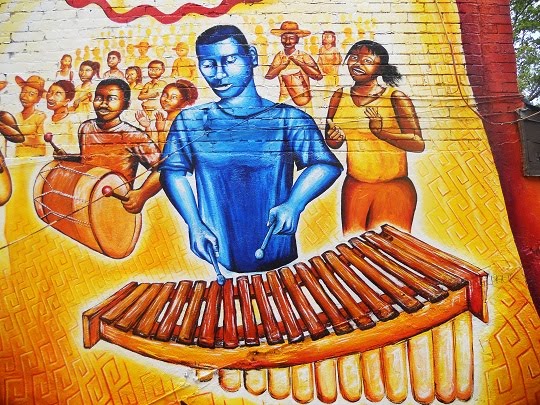 Another organization that has worked to improve D.C. neighborhoods through investment in community arts is City Arts. The program recruits students from neighborhoods that will feature art pieces. These students participate in annual paid apprenticeships, working on murals and projects that the organization hopes will help improve not only their own self-confidence and artistic skills, but also quality of life for residents of the featured neighborhoods. One of the more popular pieces is the Duke Ellington mural, which nicely embodies City Arts’ history of stimulating neighborhood revitalization through art projects.

Government agencies that want to see an end to recurring illegal graffiti on newly painted walls need to approach community beautification in a sustainable fashion and with more creativity than just white paint. Instead of isolating and ignoring a growing art form and population of graffiti artists, communities should instead have an interactive discussion with these members. Ideally, they should come to a consensus to allocate certain public spaces to graffiti writers and muralists, giving them a chance to express themselves and engage local communities without having to break laws.