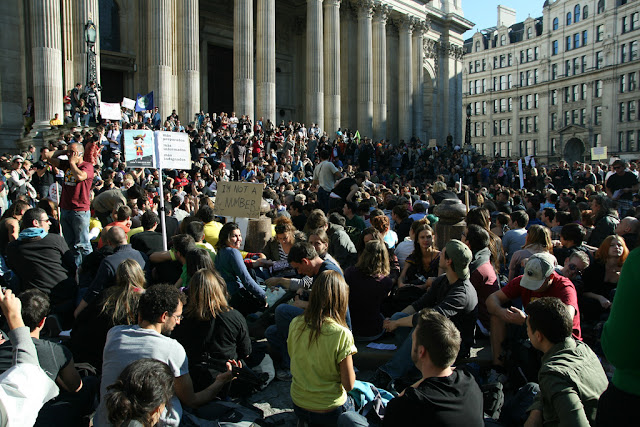 Polis recently featured a quote from James Holston in which he called for reactivation of the "social imagination" in using spaces of insurgent citizenship to generate alternative future political, economic and social structures. With the recent spread of the Occupy Wall Street protests to cities around the world, civic spaces are becoming the canvas for such action. 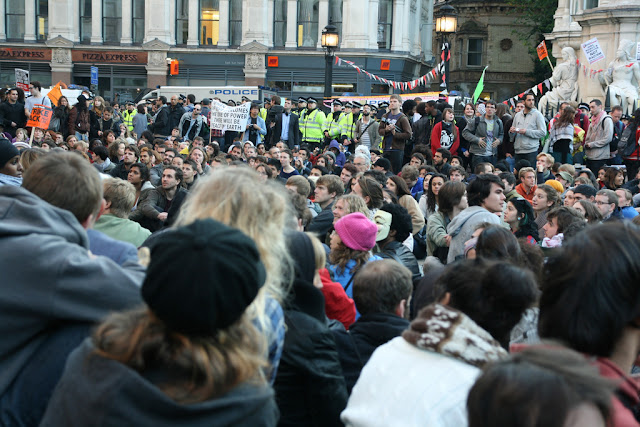 Over the past several days, hundreds of London residents have appropriated the paved open area beside St. Paul's Cathedral by peacefully protesting the unchecked power of our global financial apparatus in driving inequality.  This serves not only as a reminder of the possibilities of collective action, especially in an age when technology makes it possible to build a truly international and cohesive effort, but also demonstrates the potential of merely public spaces to become activated insurgent civic spaces. Filmmaker Pratibha Parmar reminds us that "the appropriation and use of space are political acts" — a connection that is often masked in the sterilization of urban spaces through routine and conventional uses, but which surfaces in moments such as these. 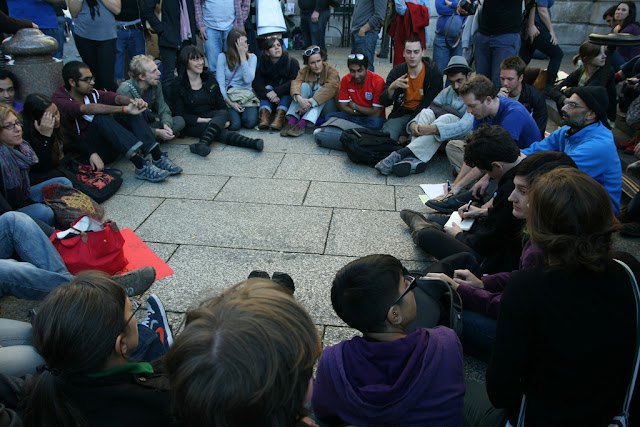 Even the official website of St. Paul's Cathedral, in outlining its historical significance and role in society, states that, "It is a place for protest against injustice and for the public express [sic] of hope for a better society." Whether this expression occurs through traditional avenues of religious practice within the building or through secular acts of resistance next to it reflects the relative urgency of the moment and the freedom to re-appropriate the spaces of the city. 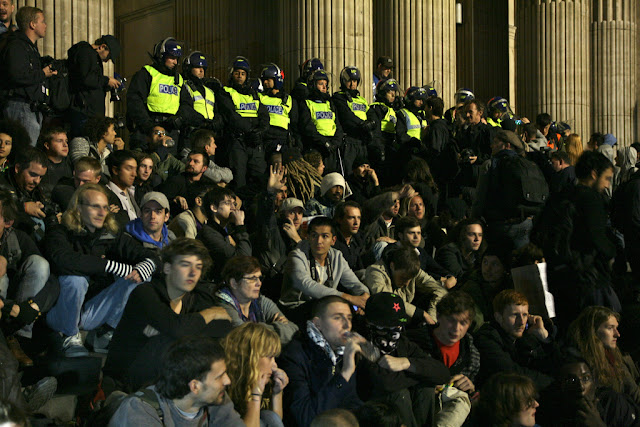 Of particular interest at the time of writing is the ongoing editing and construction of the new Wikipedia page on the "Occupy" protests, in which the true meaning and relevance of this movement is taking shape. This includes the basic mapping of countries involved in the protests, as well as those impacted by the Arab Spring. As this story grows and details are added, global cities, as the nodes of financial power and transaction, are also attracting a new social imagination to provide a counterpoint to the status quo.

Credits: Photos of the London occupation from Wasi Daniju.