Craig Jeffrey on ‘Timepass’ in Delhi 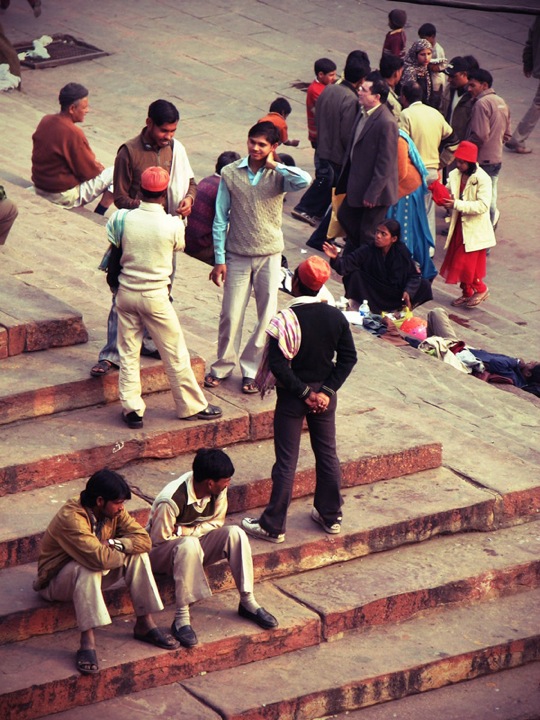 "In 2005, I spent time with a student named Rajesh in Meerut College, north India. Rajesh was in his early thirties and belonged to the middle-ranking Jat caste. Rajesh had more the appearance of a professor than a student: His hair was flecked with white, and crow's feet surrounded the corners of his eyes. Rajesh had been living in Meerut College for 13 years, during which time he had obtained a B.A., B.Ed., M.A. in political science, M.A. in history, M.A. in agriculture, and Ph.D. Like many longtime students in Meerut, Rajesh described himself as “unemployed,” someone “just waiting.” He had tried several times to obtain secure employment but repeatedly met with frustration; he said that he lacked the crucial social connections required to obtain a government job. I remembered Rajesh as a rather boisterous young student when I had lived in Meerut College in 1996. By 2005, he wore a hunted look: 'What can I do but hope things will change?'

"Rajesh’s sense of being engaged only in 'timepass' also acted as a positive social identity, however. Rajesh and his friends often spent long periods on street corners, where they jokingly spoke of themselves as 'useless people' or as men 'hanging out with nowhere to go.' Paradoxically, claiming to be 'useless' and to be engaged in only 'passing time' had become a means through which young men could build youthful solidarities, sometimes across caste and class boundaries."