Why Post-Riot London Should Look Beyond Broken Windows 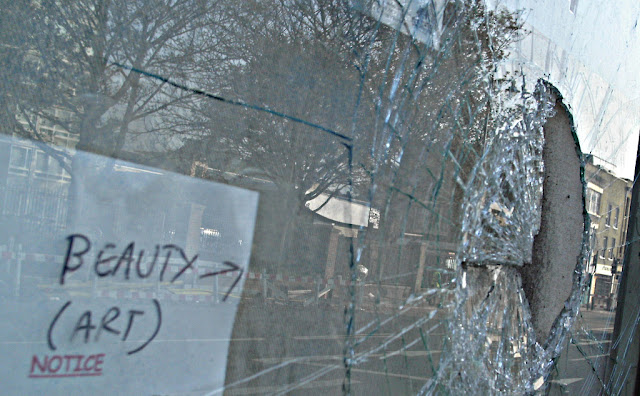 In the wake of the worst week of civil disobedience seen in Britain for generations, we looked for inspirational leadership and sound responses to heal social rifts and help prevent them from being reopened. Instead we got naive and unsubstantiated theories of criminal behavior and hard-line policing measures that will fail to address the root causes of the malaise and may even make matters worse.

In a recent article, the Evening Standard celebrated with great enthusiasm the coming of William Bratton — celebrated U.S. “super-cop” — to advise on London’s policing of youth delinquency and urban violence. For his tough stance on petty crime (politically popular right now), his advocacy for “quality of life” policing (a euphemism for cracking down on anyone deemed unpleasant in public spaces) and his seemingly impressive ability to change fortunes on a shoe string (economically appealing), it is not difficult to see why Cameron would look to Bratton now. Gangs, it is hoped, will be on the run when Bratton comes to town.

For Cameron this represents yet another political volte-face. Claims that he would avoid promoting headline-grabbing initiatives now ring hollow as he waxes hyperbolically about an “all-out war” on gangs. But even more worrying than his protean politics is the uncritical response he has opted for in soliciting Bratton’s consul — the neoliberal doxa of “broken windows” theory and policing.

In its original criminological guise, the broken windows theory holds that large-scale crime is causally linked to small-scale crime: If you live in a community where windows are broken, walls are covered in graffiti and pick-pocketing is commonplace, you are consequently more likely to see a proliferation of more serious crime involving narcotics, organized gangs and the like. This fits very neatly into Cameron’s notion of a Broken Britain; if we let people get away with small misdemeanors — bad language, let’s say — then they will assume they can get away with much more, and in time they will harden into the “feral creatures” that rioted in Clapham, Chalk Farm and Hackney. It’s a social disease that needs to be nipped in the bud.

The first issue with this theory is that it is very poorly evidenced. It sounds plausible, but empirically it does not stack up. No major studies have robustly proven its validity, and even common-sense reasoning suggests that it makes some questionable causal leaps. Many young people swear, smoke pot and even steal — far fewer go on to become violent criminals.

This is not to say that the environmental dilapidation symbolized in the broken windows metaphor is not problematic for neighborhood vitality. To be sure, this can lead to downward spirals in which trust, pride and hope understandably wane. But it is important not to confuse correlation with causality. Broken windows are a manifestation of neighborhood degeneration — which may admittedly feedback to contribute to further decline — but they cannot reasonably be called its source, and they cannot be causally linked to escalating criminality.

A second, related issue with this reading of the broken windows theory is that it tends to encourage a seemingly logical but fallacious response, fraught with ethical and practical difficulties: zero-tolerance policing.

Although Bratton has since distanced himself from zero-tolerance policing, few would deny that his much celebrated policing tactics, supposed to have cleaned up the streets of New York in the 1990s, rested heavily on cracking down hard on minor infractions. It is also clear, given Cameron’s bellicose rhetoric, that it is these hard-line tactics – rather than Bratton’s more benign and effective community policing, as seen in Boston – that have piqued the government’s interest. Despite the many plaudits Bratton received for his policing record in New York, and despite the speed at which his zero-tolerance brand was exported across the world, a closer examination suggests that much caution is needed. 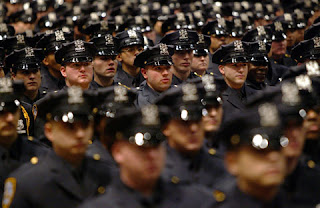 In January 1999, in an event paralleling the death of Mark Duggan, Amadou Diallo, a 22 year-old newcomer to the city, was shot 19 times by over-zealous police officers outside his apartment. The investigations and inquiries that followed this tragedy proved damning for the zero-tolerance panacea.

In the space of just two years, police in plain clothes were found to have stopped and searched 45,000 people “simply on suspicion based on dress, appearance, behavior, and – above all other indicators – skin color.” Over 37,000 of these arrests proved groundless, and 8,000 did not stand up in court, leaving only 4,000 legitimate arrests — a paltry return of 1 in 11.

Furthermore, research by Steven Levitt finds that the broken windows theory and zero-tolerance policing did not reduce crime in America during the 1990s:


There are reasons for skepticism regarding the claim that New York City’s policing strategy is the key to its decline in crime. First, the drop in crime in New York began in 1990. Crime declines of roughly 10 percent across a wide range of offenses occurred in 1991 and 1992. Giuliani, however, did not take office until 1993, at which point Bratton was… appointed police commissioner. Second, the change in policing strategies was accompanied by enormous growth in the size of the police force… the unusually large expansion of the police force in New York City would be expected to reduce crime there by 18 percent more than the national average, even without any change in policing strategy.

Instead, it was the mixture of increased police presence (rather than their tactics), soaring incarceration levels (preventing actual criminals from committing crimes), the implosion of the crack cocaine market and the legalization of abortion that led to falls in criminality in New York and across the U.S.

A careful balancing act is now needed to attend to the immediate cries for justice and strong action on one hand, and the longer-term need for healing social rifts on the other. Zero-tolerance policing is far from balanced and will ultimately fail to satisfy either imperative. Rather than handing out tough justice and promising to crack down on street crime with an iron fist, there are more interesting and potentially effective alternatives to zero-tolerance policing out there — many of which actually fit more neatly with Cameron’s desire for a bigger society. Bratton’s community policing in Boston, Ben Rogers’s Woolwich Model and the Restorative Justice movement, which in fairness Nick Clegg is considering, could all prove better at addressing victims’ need for closure while reducing recidivism rate and preventing future crime, rather than simply locking people up and hoping they will see the errors of their ways.

Joe Penny is a researcher at the new economics foundation (though all opinions expressed here are his alone). He is interested in the production of urban space, informality, security urbanism and the right to the city.