A Shipping Industry Islet in Stockholm 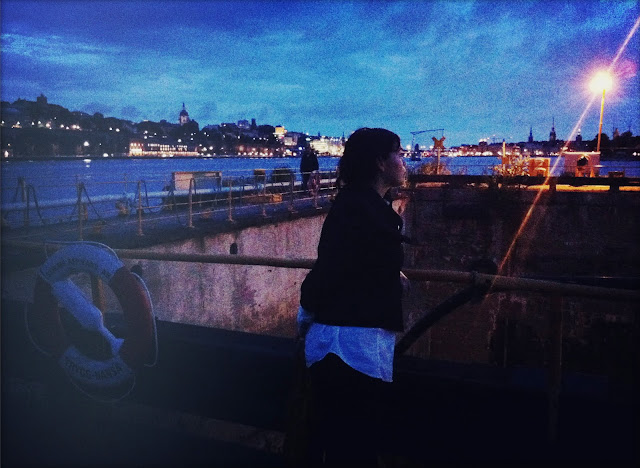 So central and yet so remote. Arriving at the islet of Beckholmen, just a 10-minute bike ride from Stockholm's city center, is like entering a hidden space, a well kept secret. It’s 9:00 p.m. but some workers are still out, walking the deck of a large white steamship. The giant hull in the dry dock stands proudly on wooden poles, all naked. 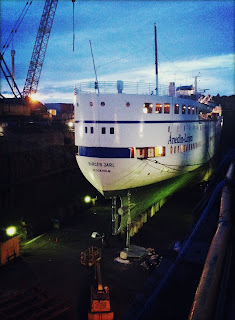 Beckholmen ("Pitch Islet" in Swedish) made its name as a private pitch boilery in the 1600s. At the time, pitch was used in the city's abundant shipyards and traded internationally. In the 1800s, new yards were needed to house a proliferation of steamships, and Beckholmen was purchased for this purpose by city wholesalers and shipping companies.

Beckholmen is currently among the oldest active industrial areas in the city and a maritime center for wherries and steamboats. It is also the region's only major commercial shipyard. Here the visitor finds buildings characteristic of the old shipping industry: a carpenter's workshop, a blacksmith's workshop, a sailmaker's workshop and three dry docks. At the larger dock, which spans 197 meters, the famous Vasa ship was salvaged in 1961 (photo below). Before becoming a museum piece, the Vasa had been submerged in the grimy waters near Beckholmen since 1628. 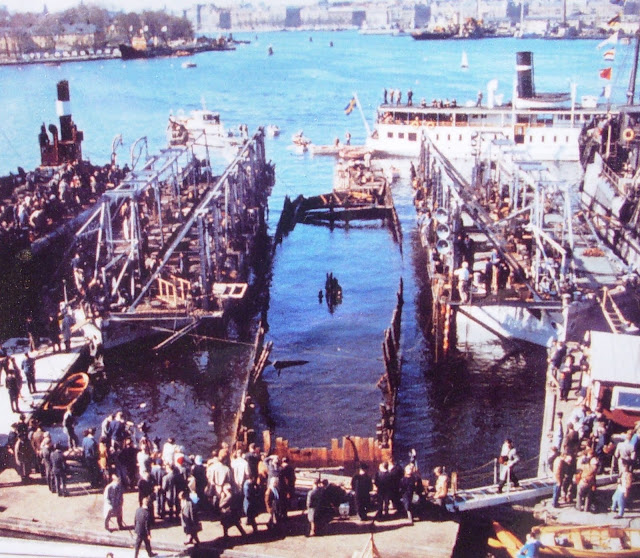 As a longstanding industrial center, the soil of Beckholmen is heavily contaminated. One of Sweden’s largest environmental remediation projects launched this summer, aimed at excavating and replacing approximately 100,000 tons of soil containing hazardous waste. 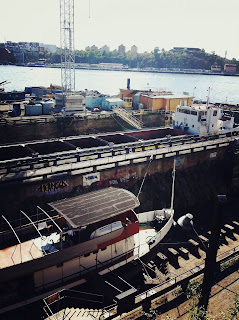 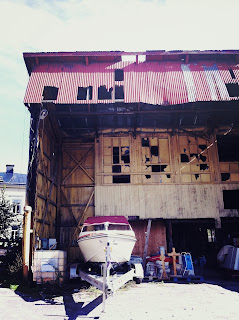 The city’s plan for the islet is to save the workshops and shipyard buildings and keep the industries and shipping activities alive. This approach is quite unique, as many of Stockholm's small-scale industrial sites along the waterfront have been transformed into residential areas in recent years. The city also plans to open Beckholmen to the public. Today, visitors are only allowed in certain areas (my evening promenade with my friend Erika meant sneaking through an opening in the fence). In the future, cafes, shops and bookstores will open, and from one of the buildings, people will be able to view the work being done in the shipyard. 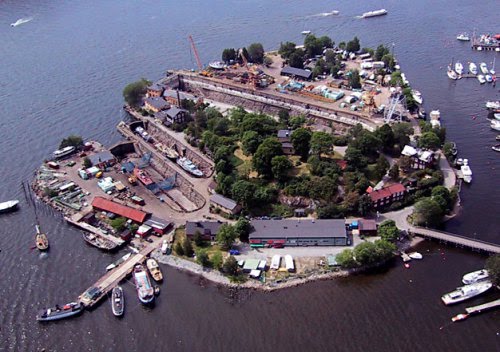 The city affirms that renewal on Beckholmen does not threaten the shipping industry. It remains to be seen whether this is fully possible. Other examples around the world show that such projects tend to attract tourists more than permanent residents and, more importantly, rarely prove useful for the original industries and craftsmen. The intent, however, is certainly commendable and I hope it proves a success.