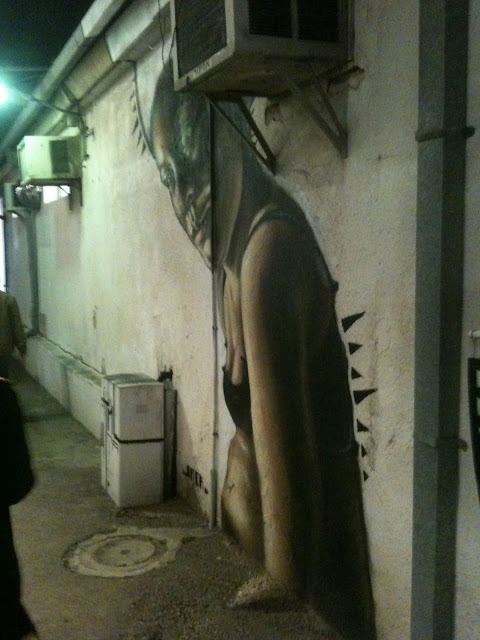 Often embroiled in the rhetoric of global city discourse, the term “Creative City” (which involves making a city attractive to the “Creative Class”) is a label Tel Aviv aims to adopt. This label has gained increased notoriety in recent years, thanks to Richard Florida and Charles Landry upholding the regenerating powers of creativity. However, the “Creative City” and its proponents are often criticized for deploying the most recent neo-liberal iteration of capitalist accumulation through the fabrication of a model sponsoring urban policies linking creativity to economic action.

Tel Aviv has many examples of genuine creativity that are not immediately economically viable but are hidden catalysts to becoming a “Global City.” The cultural amenities that define a city are crucial to its status in the hierarchy of urban destinations, allowing cities to attract the most popular global tours, exhibitions and artists. But for a destination to succeed as a “Creative City,” cultural institutions need to interact with creative practices at the grassroots level. Museums and galleries will only succeed if the city’s intrinsic artistic values are embedded in the local community, ultimately serving as a foundation for creative practices. 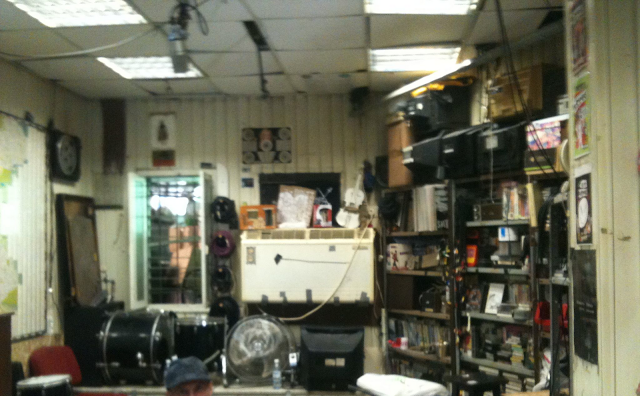 In Tel Aviv, the Ha’chanut Gallery offers a small but interdisciplinary performance space in which actors interact with artists and musicians to put on a show that blends cultures and disciplines. Independent cultural offerings are crucial to the fabric of a city, since they provide the broad spectrum of cultural provisioning upon which economic competitiveness can be built.

Kav 16 is a vital cultural provision. Artists cannot always afford the gallery spaces in larger facilities in Tel Aviv or access the exhibition opportunities of citywide and national festivals. Kav 16 provides this venue by functioning as community gallery exhibiting contemporary art "outside the mainstream."

The Tzimer Music Rooms (below) is a small utilitarian and inspiring exhibition/performance space where budding experimental musicians can develop their sound in collaboration with visual artists as working audience. 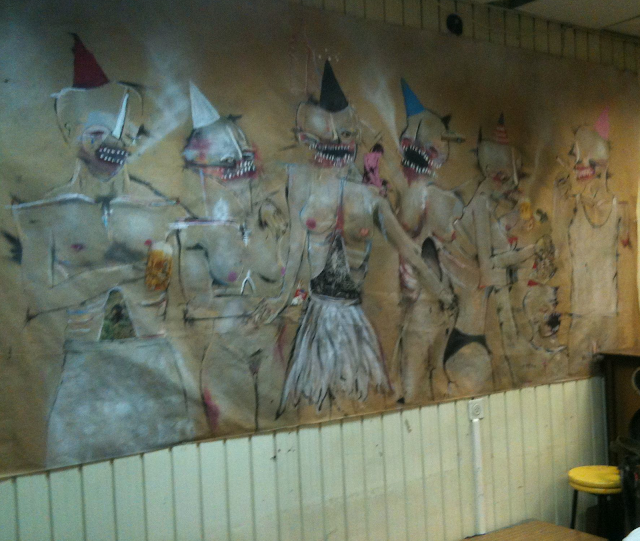 The Old Bus Station in Tel Aviv is a fascinating space and must be considered in any discussion about alternative cultural provisioning. Within the rhetoric of the “Creative City,” human creativity is often heralded as the panacea for economic stagnation, but at the site of a decaying bus station, a type of creativity far removed from traditional models flourishes.


Located in a poor area of the city where the local population battles drug and prostitution problems, the Old Bus Station functions as an exhibition space. Graffiti artists and community gardeners are allowed to experiment within the old office buildings and the adjacent outdoor space (below). Cities often marginalize creativity arising from illicit circumstances, but in the Old Bus Station, a derelict space usually occupied by those at the margins of society has become a creative space that allows disadvantaged people to use their untapped artistic skills in a constructive way. 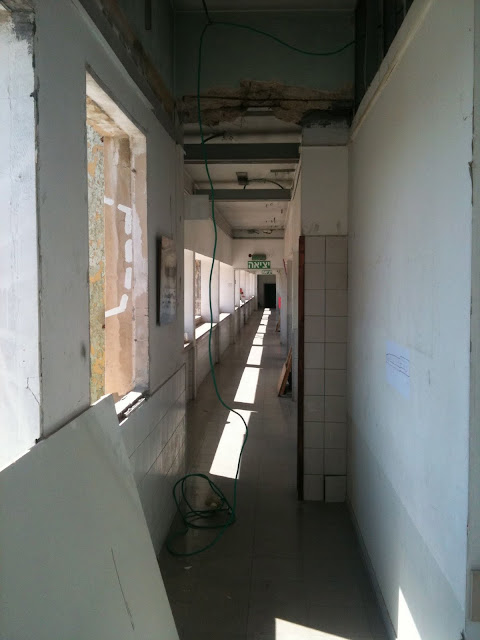 The Old Bus Station – its offices transformed into exhibition space (above) and exterior used for graffiti (below). 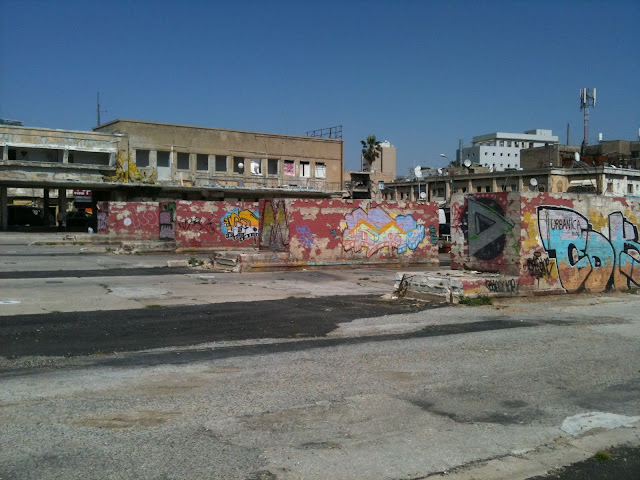 The Old Bus Station caters to a specific type of creative practitioner but does not provide the competitive edge required to reach “Global City” status. That function is perhaps better fulfilled by Fresh Paint, an annual art fair in Tel Aviv that showcases contemporary art pieces from galleries across Israel. In its fourth year in 2011, the fair has taken place in a different area of the city each year, by transforming old industrial sites into makeshift art galleries for five consecutive nights. There is a fee for exhibition spaces that can price out many artists from Tel Aviv, but there is a competition for free spaces based on a blind review process, ensuring that the “best of the best” become part of Fresh Paint and rub shoulders with Israel’s artistic elite. This process allows those who cannot ordinarily afford to exhibit in these kinds of arenas to do so and creates opportunities for serendipitous artistic collaborations that are vital for the development of a “Creative City.”

Often, creative city policies focus on the high-end: opulent music halls or state-of-the-art contemporary galleries. These are important venues, but they are one facet of a range of creative skills. Cities that focus on narrow scopes will not be as globally competitive in the long term as cities that foster different types of creativity. A true “Creative City” is one that caters to the whole spectrum of talent.

Jane Jacobs proclaimed the importance of diversity for economic growth, a mantra that is as relevant today as it was when she articulated the argument around New York’s Greenwich Village in the 1960s. Creativity is predicated upon the unexpected and serendipitous connections that occur daily in the urban environment. As such, packaging and pigeonholing activities into specific spaces that deny collaboration is counter-productive and can alienate artists in the long term. The most successful cities are not only those that provide the opportunities for these collaborations to happen, but that allow them to occur without the pressure of short-term economic goals.

The competition of Fresh Paint, the interdisciplinary creative platforms offered by the Ha’chanut and Tzimer spaces, as well as the incubator spaces offered in many buildings around the city are examples of how allowing productive creative activity to flourish yields economically and socially beneficial results. Providing opportunities for all types of people to develop their creative niche (in the creative industries or another sector) is the genuine profile of a “Global City,” and Tel Aviv has this in abundance.

Oli Mould is a lecturer in human geography and an urbanist blogger. He writes about the broad spectrum of urban (sub)cultural activities — those that contribute to the global city paradigm, and those that seek to subvert it. His blog, taCity.co.uk reflects upon broad human geography issues that relate culture and the city.