An Ideal World Without Flush Toilets 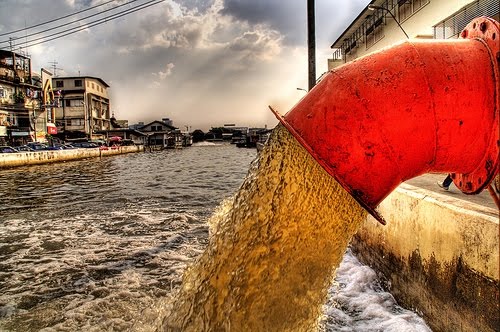 According to U.N. water statistics, conventional flush toilets in middle-class homes account for approximately 30 percent of their water use. The average daily water use per person among middle-class populations is about 200 liters, although in some countries the volume is larger. (In the U.S., for example, it is 380 liters per person.) Thus, on average, each middle-class person uses 60 liters of fresh water per day to flush their urine and feces down the drain. Considering that there are almost 7 billion people on earth (expected to reach 9 billion by 2050) and that only three percent of the world's water is fresh, is it reasonable to use this water to flush toilets? 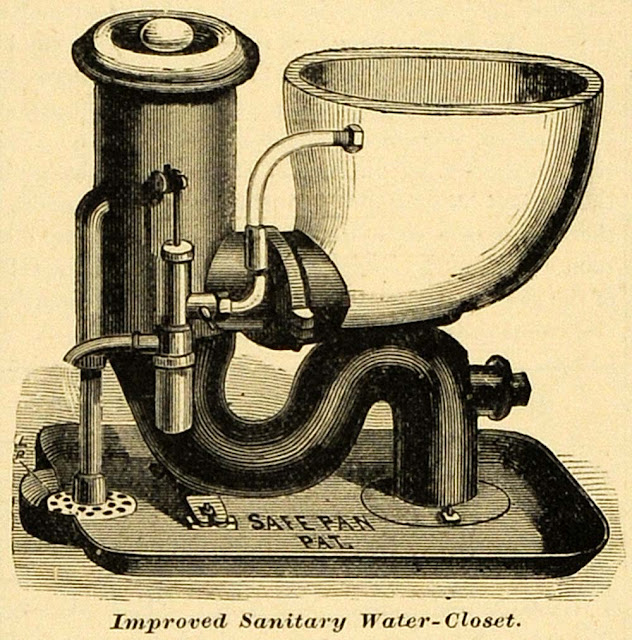 The s-trap watercloset facility, known as the flush toilet, appeared in Europe and North America in the late 19th century, when the earth's human population was approximately 1.8 billion and water was considered an infinite resource. Today, with almost four times as many people on earth and the majority of water sources either polluted or over-exploited, we are still using the same inefficient device. Moreover, it is being adopted throughout the developing word, accelerating the extraction and pollution of fresh water sources. 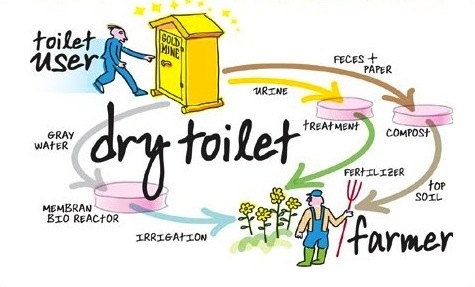 The solution to this unsustainable situation has already been invented. The approach is generally known as ecological sanitation (eco-san), which aims at making efficient use of the water and nutrient cycle in each household/neighborhood — a form of permaculture. This is very difficult to manage with flush toilets. A more appropriate device is the dry toilet. Ecological sanitation combines this technology with effective policy, education and funding mechanisms to effectively minimize the wasteful consumption of fresh water water supplies.

Credits: Photo of a sewer dumping waste water into a river from Preparedness Pro. Illustration of early flush toilet design by J. G. Jennings (1877). Dry toilet graphic from Gold Mine.