Rome and the Excavation of Occupation City 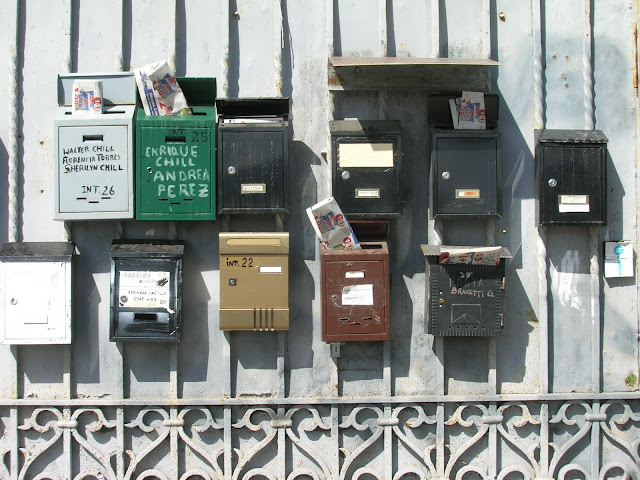 Mailboxes on the main gate of the Metropoliz occupation site in Rome.

The high volume of vacant and derelict buildings woven into the urban fabric of Rome has provided an opportunity for those unable or unwilling to pay formal market rents to proactively reclaim slices of the city through a strategy of occupation and resistance. The marginal socio-political status of low-income Italians, immigrants and Roma population has evolved, through the forced occupation of abandoned sites and structures, into a spatial cohesion and network within the city. While some occupied buildings lie on the periphery of Rome and make their marginal status clear through location, security and protection measures to isolate and decrease visibility (Metropoliz), others are very central and integrated with neighboring areas and formal housing (Porto fluviale). 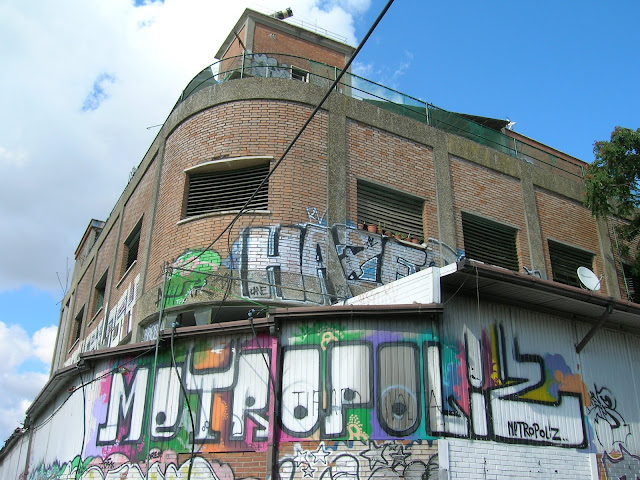 Part of a disused salami factory on the Metropoliz occupation site, reclaimed by squatters. 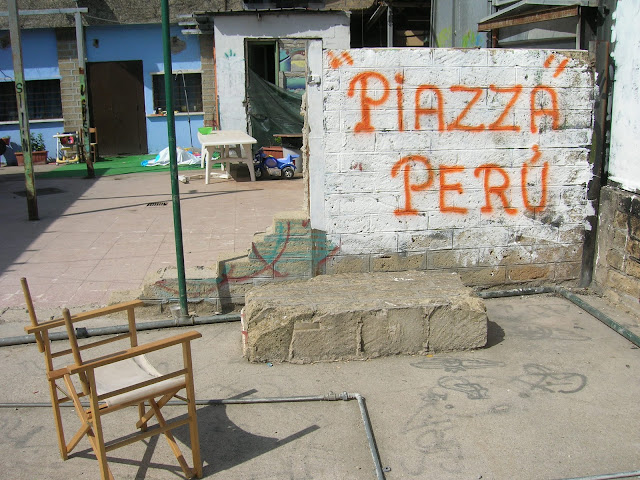 One of several self-organized internally segregated areas within Metropoliz — this area is home to Peruvian immigrants.

As part of an innovative workshop exploring this urbanism of resistance, the Development Planning Unit (DPU) of the Bartlett in the U.K. recently activated its inaugural summerLab, structured as a six-day immersion into contested sites in Rome. The primary case study, grounded in the Metropoliz occupation, dealt with two adjacent sites, each containing derelict factory buildings. In the past two years, both sites have been occupied by squatters, immigrants and a Roma population in an attempt to both secure a home within the peripheral urban limits and actively resist market and political pressures forcing them into marginalization.

The two sites are divided by a masonry wall, pierced in only one location by a gated opening. Within these sites, the occupation has self-organized over time, using the hollow shells of the former factory buildings to enclose self-built residential units. A natural segregation has occurred between the Roma community and immigrant communities from Peru, Morocco and others. Without the external catalyst of impending site redevelopment or building demolition, the conflict between the occupants and State authorities continues to simmer just below the surface, with the "grey" legality of occupations held in check by the "grey" legality of evictions and alternative site selection. 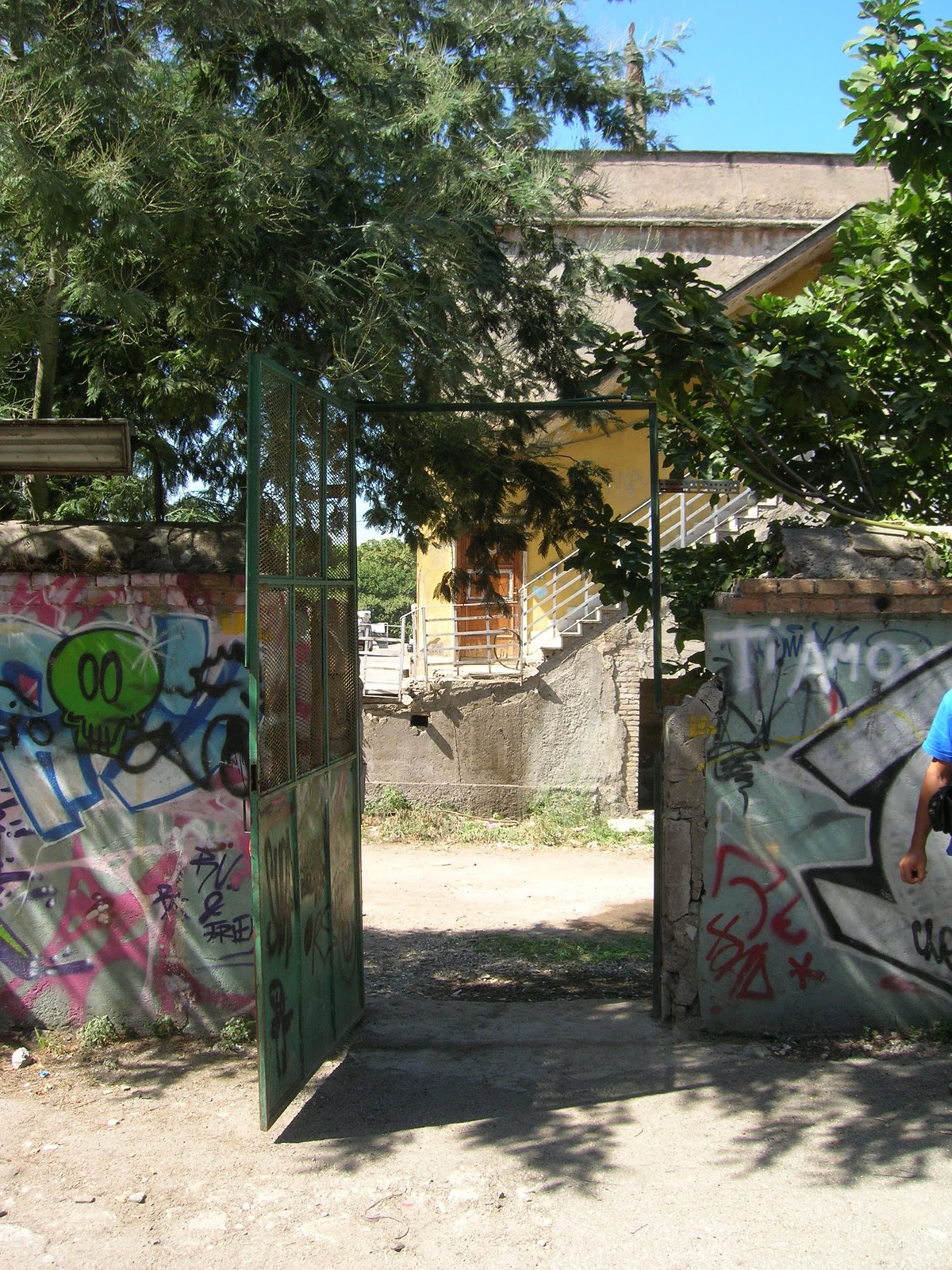 The open gate that controls movement between the Metropoliz site and the adjacent Roma site.

Placing this in the context of the wider housing market, Corviale demonstrates the extremes of a Modernist solution to social housing. Built in the 1970s, it is a kilometer-long structure on the very edge of Rome, with one length of the building facing the city and the other facing farmland. Its length requires a bus route to run along the front of the site, stopping at each of the five main vertical circulation cores before reaching the far end. With no clear system of management and maintenance, the building appears in some ways illegally occupied and in perpetual decline, even though this is not the case. Other more integrated and centrally located buildings, despite being illegally occupied, appear highly organized and fairly well maintained and adapted to current uses. 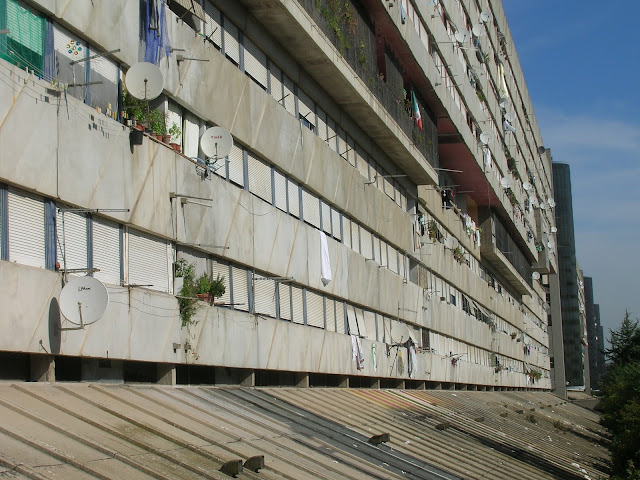 Corviale, a kilometer-long housing project constructed in the 1970s on the edge of Rome. 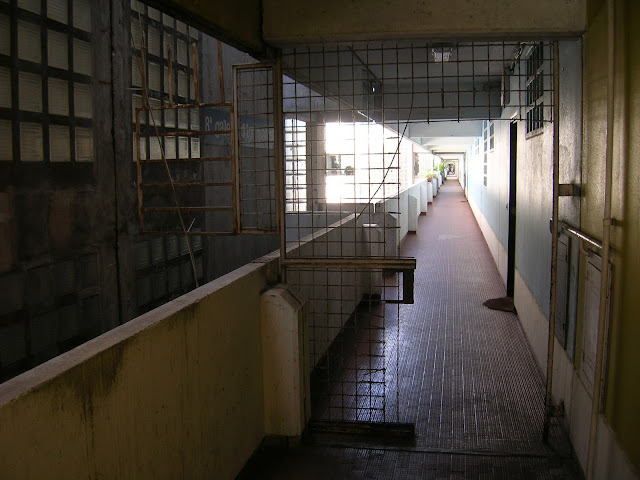 For instance, in centrally located occupations such as Porto fluviale, residents have formed their own mini-State, spatially defined by the building limits, with its own rules of governance, democratic decision-making and demarcation of communal and private space. As such, an alternative model of housing and living has developed in resistance and critique of the formality of surrounding apartments and homes. To what extent should such freedom and self-determination be allowed or even supported? What are the ramifications on the wider city's housing market and economic health? 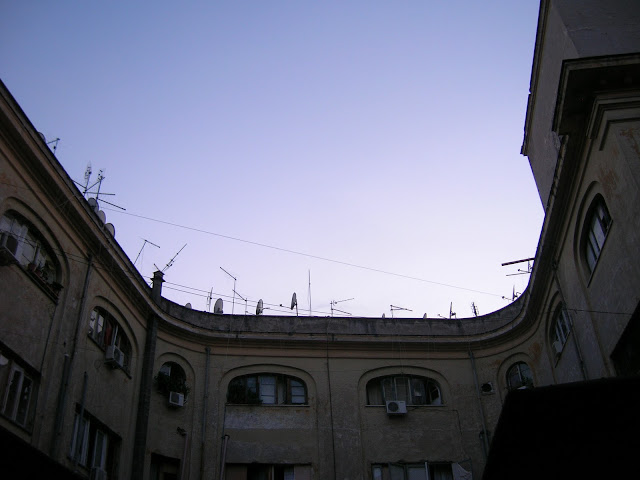 From the internal courtyard of Porto fluviale, an occupied building in central Rome. 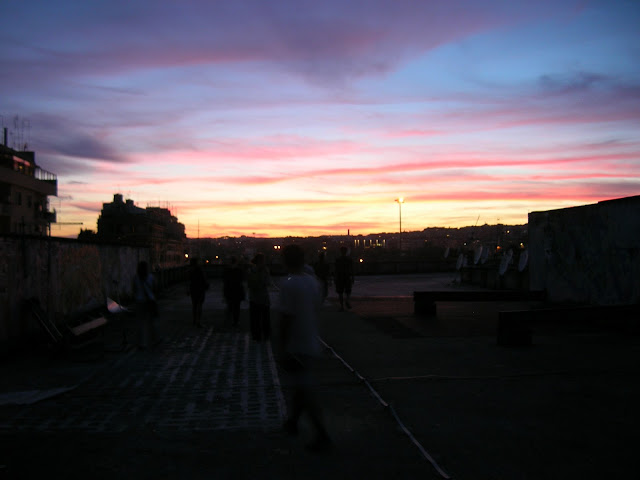 From the roof of Porto fluviale at dusk.

Marginalized and secretive occupations, centrally located and transparent occupations, and failed attempts at mass formal housing are scattered throughout the city as visible evidence of a fractured urbanism. What are the underlying causes and trends behind this? Not many cities are forced to address an excess of underused infrastructure in an age of rapid urbanization; however, the unmet housing needs that this condition reveals must be addressed. Beneath the surface of Rome lie the modern ruins of an activist city of occupation and resistance. Can this model of critique transform into a constructive plan of action and renewal?