Update on the Solar Decathlon 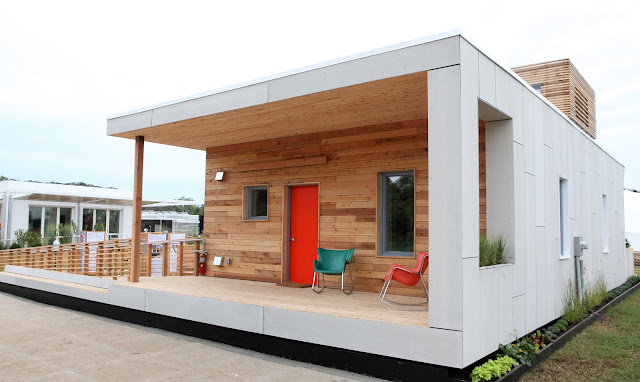 Empowerhouse, Parsons the New School for Design and Stevens Institute of Technology.

Almost exactly two years ago, I went to visit the Solar Decathlon in Washington, D.C. This year’s Solar Decathlon had the same goal — to design and build the best energy-efficient house powered by the sun. Like the houses in 2009, and the houses designed in the four previous competitions, the houses this year are most striking because of how different the designs are for each.

Some contributors invented new material to insulate the home more effectively (used in CHIP, designed by the Southern California Institute of Architecture and the California Institute of Technology), others were inspired by traditional architectural forms and materials (TRTL, designed by the University of Calgary), while others were designed to sit on the roofs of existing buildings (Team New York’s Solar Roofpod, City College 0f New York). 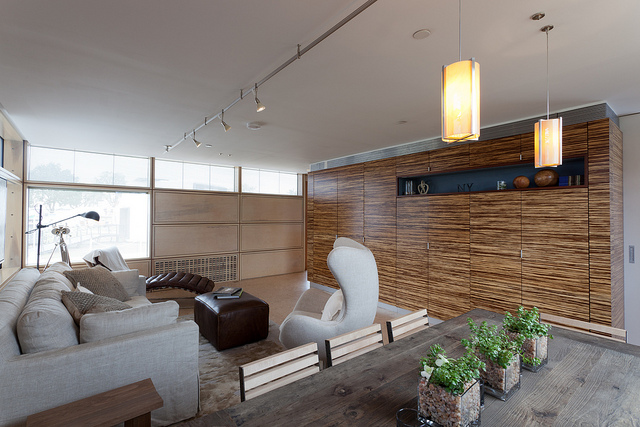 The entries span four continents and five countries, and each are based on ten criteria. The top five criteria are: architectural design, market appeal, engineering, communications and affordability. You can visit a photo gallery of the houses here.

Interestingly, there was only one home that was designed for an urban setting: Team New York’s Solar Roofpod. This house was creatively designed to be placed on a roof to better leverage the rooftop space in New York buildings, incorporating roof gardens, storm water capture mechanisms and sustainable air conditioning through a heat transfer process (rather than electricity). Team New York brought up the question of how practical many of the home designs are for urban locations, including the fact that the definition of affordability for the competition — $250,000 — was out of the reach of most New Yorkers and city residents. One other home, Parsons the New School for Design and Stevens Institute of Technology’s Empowerhouse, also considered urban application: It will be used as a Habitat for Humanity house in D.C. after the competition.

You can visit the Solar Decathlon in Washington, D.C. from September 23 to October 2, 2011.