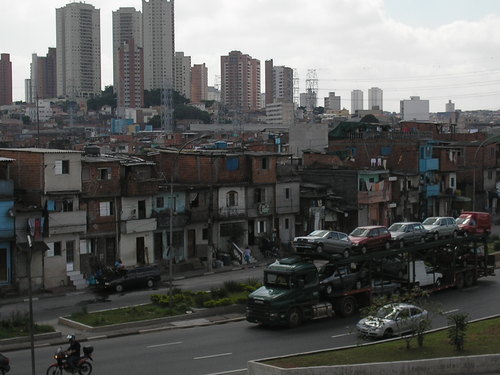 With a teeming population of over 11 million, São Paulo is Brazil’s economic, cultural and administrative hub. As the financial capital of Brazil, and indeed Latin America, it is a booming global city with high growth and low unemployment rates. Yet UN-HABITAT reports that there is approximately one millionaire for every one hundred of the city’s poor and that São Paulo continues to have one of the highest income disparities in the world. Such disparities manifest themselves spatially, etched in the city, as depicted perhaps most famously in Teresa Caldeira’s "City of Walls."

In order to directly experience São Paulo’s housing inequities, IHP Cities visited one of its high-end gated communities and one of its makeshift squatter settlements (favelas) on the same day. The first is an exclusive residential and shopping complex named Cidade Jardim (Garden City), perhaps in an attempt to evoke Ebenezer Howard’s utopic vision. The latter is Vila Prudente, the oldest favela in São Paulo, settled in the 1950s. 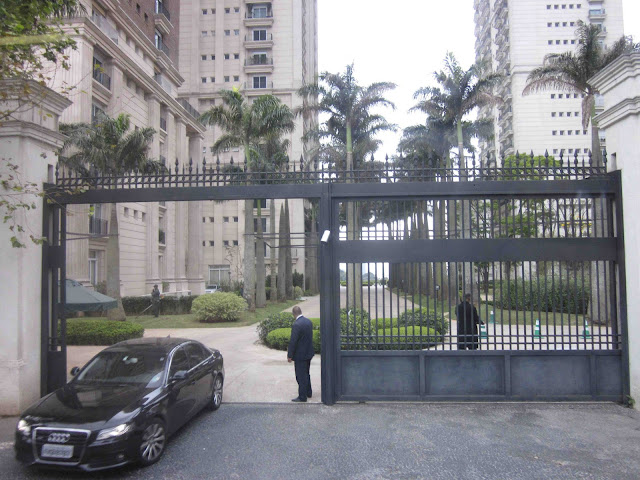 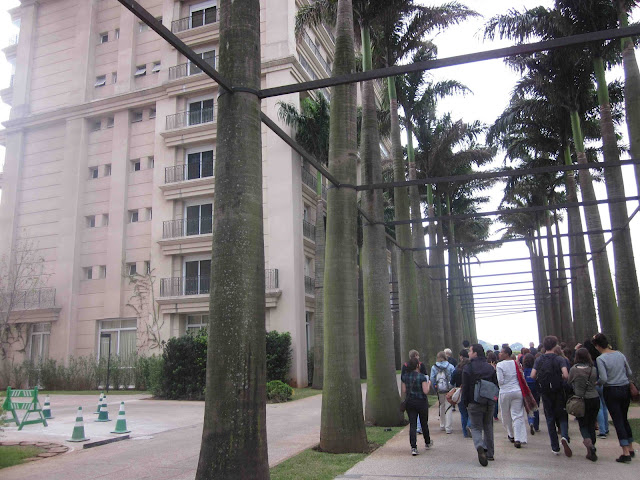 Once we got through the layers of security, including passport checks, we were met by architects employed by JHSF, the developers of Cidade Jardim. The development consists of nine residential towers with 322 apartments, the smallest being 240 square meters and the largest 2000. People who purchased their flats before construction paid $2,200 per square meter but those selling now can fetch a price of over $9,000 per square meter. The integration of the residences into the shopping mall – the most expensive in the city, with celebrity advertising campaigns from Sarah Jessica Parker and Heidi Klum – is one of the attractions for people living here. There is also a luxurious spa where membership costs $250 per month, half the rate charged to non-residents – who need to know a resident in order to become members. According to the architects we spoke to, security is one of the main motivations of the development: “People have everything here. It is important for them to be protected.” 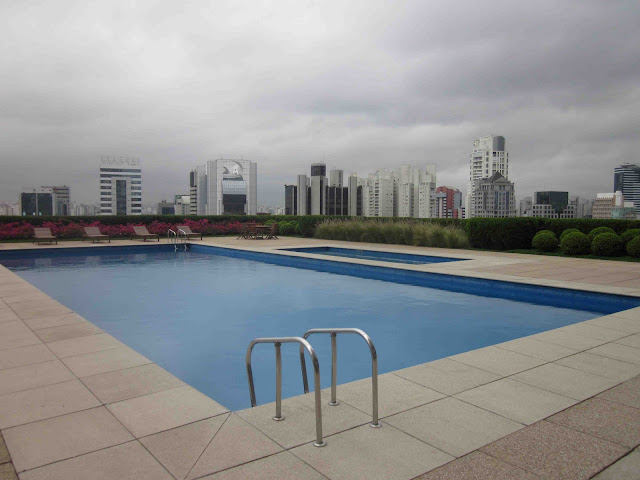 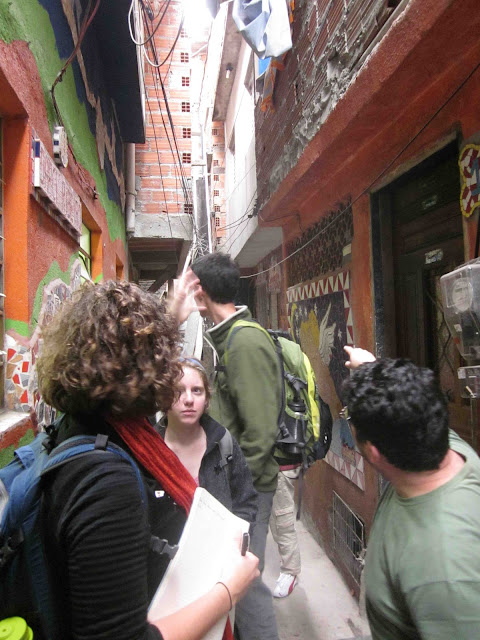 Claudio, ones of our guides, explains something to students as we enter Vila Prudente.

Upon arrival in Vila Prudente we were met by a resident and his colleague, both active with the Movement in Defense of Favela-dwellers (MDF). They led us through narrow corridors to visit several important community spaces MDF helped create, the first of which was the Vila Prudente Cultural Center. Founded by an Irish priest 20 years ago, the center provides art, workshops and after-school programs for children, and its work has expanded to 40 other favelas in the city. The MDF founded the Júlio Cesar de Aguiar Creche, a daycare for 65 children who live in the neighborhood, where we saw dozens of smiling bouncy kids running about. Through the MDF's decades of struggle, most houses have been consolidated and have electricity and water services. A few years ago, residents received the title to their land, finally obtaining their constitutional rights. Asked if there were one thing he could change in Vila Prudente, André, our resident guide, said it would be people’s mentality – to not be ashamed of living in a favela. 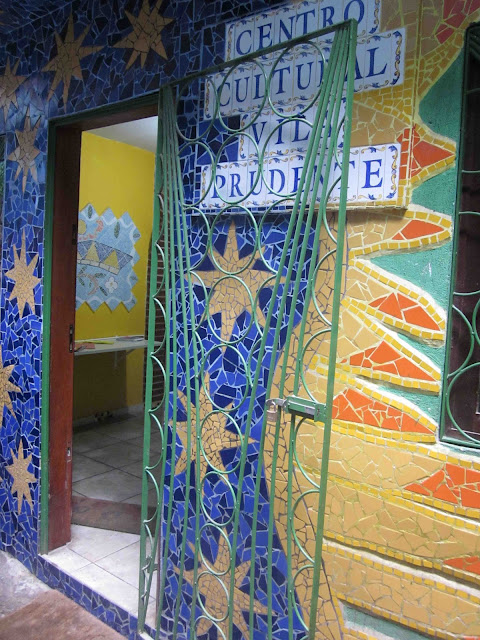 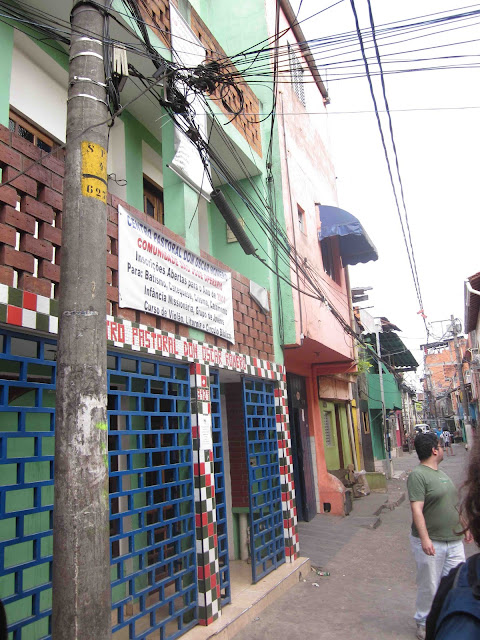 Aside from the spatial arrangement, the active engagement and interaction between people living in Vila Prudente compared to Cidade Jardim was the starkest contrast between the two sites. In Cidade Jardim there was not much trace of its residents, and those that we did see were largely middle-aged women alone or in pairs returning from the spa. There were no eyes on the street or sense of collectivity or solidarity, as in Vila Prudente; high fences, cameras and security guards were there to ensure that safety and security rein.

Can São Paulo’s residential spaces become less segregated? Would increased income equality help bring the extremes closer together? With race, class and other structural relationships tied into the mix, change is not so easy, but it needs to happen somehow if we are to imagine a more just and sustainable city.