"Crowdsourced Moscow 2012: A Public Space Game" (above) was shown on Monday after a panel discussion with Adam Greenfield at the Strelka Institute. This was part of Social Media Week, a series of events focused on the potential for network technologies to strengthen democracy and participatory development in cities. The video was created by Andrei Goncharov, a Strelka graduate who communicates an exciting vision for urban governance and design. Here is a brief overview:


One of the major issues in Moscow’s public space is a lack of communication. Citizens can’t discuss what they really want in the city — there’s no platform for discussion. The promo video of the game 'Crowdsourced Moscow 2012' is based on the results of Strelka-graduate Andrei Goncharov’s research — a megasimulator in which the city is controlled by a balance of interests of different groups: residents, developers, architects, bureaucrats, businessmen, environmentalists. Solutions, for example on the construction of parking at Pushkin Square, or the demolition of the Peter I statue on Bolotny Island, are determined together. 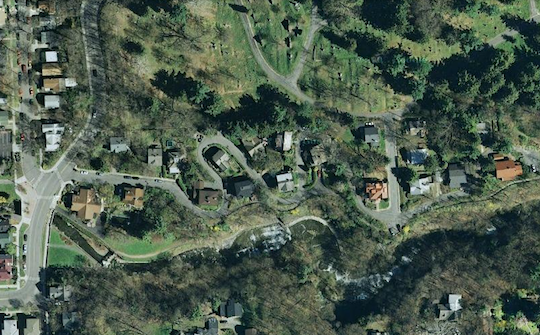 Similar ideas have captured my interest over the past three years. This began during a walk through Cascadilla Park (above), a beautiful residential street that winds down a hill beside an urban gorge. It was built in the early 20th century based on Progressive Era ideas of civic engagement for improving cities beset by the effects of industrialization. I was inspired to find ways of supporting this kind of civic engagement today. During my search, Rob Holmes of Mammoth recommended a blog post by Brian Davis of Faslanyc.

Brian was working as a landscape architect and reading about Landscape Urbanism and Networked Ecologies, bodies of theory that encourage designers to consider the human and nonhuman networks through which urban ecosystems change, in order to optimize them for ecological wellbeing. Brian found these ideas compelling but often abstract, massive and top-down. He thought of a "lo-fi" approach based on similar ecological interventions at smaller scales, with grassroots origins and distributed funding via websites like PayPal. 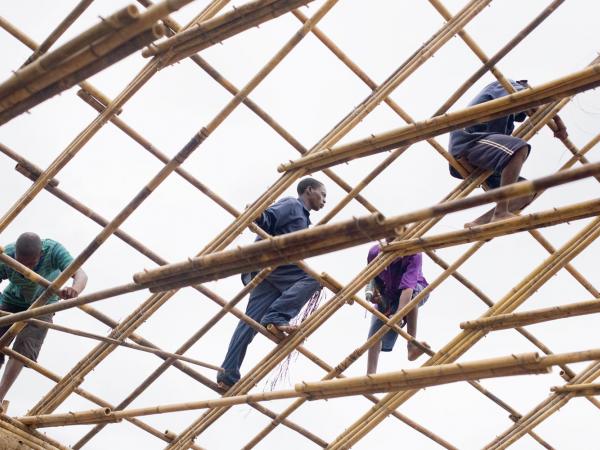 I had been reading Urban Political Ecology and Right to the City literature, which proposes solutions to social and environmental problems based on political mobilization. It is also compelling and often abstract. I was interested in generating momentum through small-scale, experimental, technology-enabled projects that could eventually lead to larger initiatives.

Brian and I admired the participatory, incremental approaches to design and activism practiced by Christopher Alexander and Jane Jacobs. We were inspired by open source programming, in which developers work together on computer applications through a continuous process of innovation and reuse in different contexts. We saw this as a promising approach to urban development and governance, made possible via the Internet. 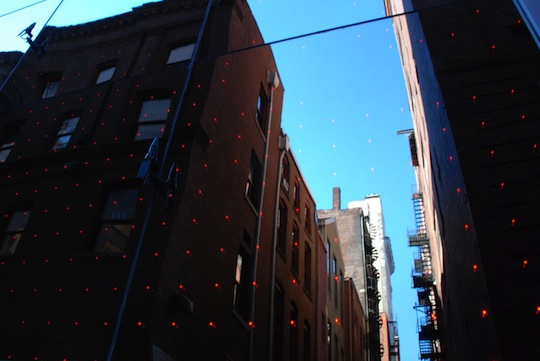 We began researching organizations currently using open source approaches to political mobilization, design collaboration and fundraising. While there are many examples, we focused on three: OpenPlans, the Open Architecture Network and IOBY (In Our Backyard). This resulted in a brief article that was published in Volume 23 of the Berkeley Planning Journal (it can also be found in HTML and PDF formats). Here is the abstract:


As global ecological problems pose increasing risk to human wellbeing, design and planning can play important roles in developing solutions. However, there is a need for alternatives to centralized, hierarchical, inflexible and exclusionary approaches that have contributed to problems in the past. We propose an 'open source' practice, which links participatory development with networked planning and design, fostering collaboration between government, business, nonprofits and individual citizens in addressing ecological problems at the local level. 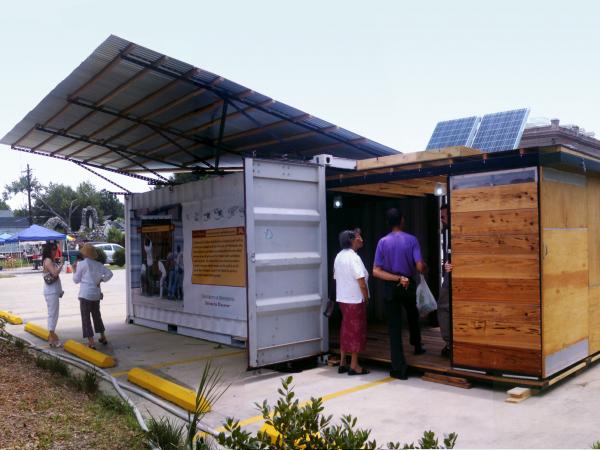 OpenPlans is an influential nonprofit that applies open source programming to improve service provision in cities and advance projects like bike lanes and public plazas in abandoned lots (see Open Source Cities for details). OpenPlans was instrumental in persuading the Bloomberg administration in New York City to close portions of Times Square to traffic. We selected it as an example of network technology applied to political mobilization.

IOBY offers a decentralized funding mechanism for local initiatives. Unlike Kickstarter, a more widely known fundraising site, IOBY focuses specifically on environmental projects in New York City. Citizens can post information about potential projects and make contributions to the ones they'd like to see implemented. We focused on IOBY as an example of network technology applied to fundraising for grassroots urban development.

Based on these case studies, Brian and I devised a simple model of how open source urban development and governance might work. 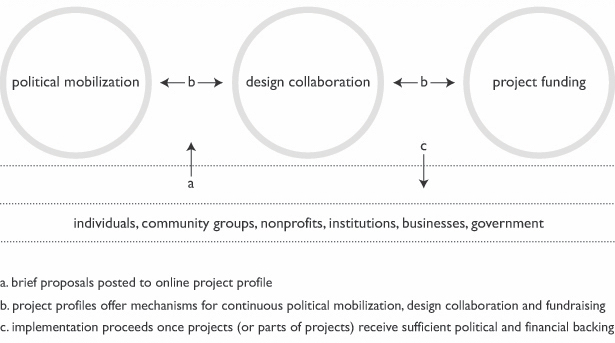 As outlined in the diagram above, concerned citizens could post proposals to project profiles (similar to Facebook profiles) with information and imagery. They could then send a link to others and begin working with them on political mobilization, design collaboration and project funding. They could discuss the project on the profile wall, vote on whether or not it should proceed, and make donations. Funding could proceed in stages based on collectively determined priorities, so that projects don't remain stalled for lack of massive capital. Once necessary resources and support are assembled, the projects could move to the next stage.

There are obvious challenges to implementation, as it would require a completely accessible, impartial and effectively monitored online platform with no guarantee of positive results. But urban development and governance seem to be heading in this direction, and a model like the one presented in "Crowdsourced Moscow" could make participation more democratic.

After the panel discussion and video screening at Strelka, I saw Andrei Goncharov talking with Adam Greenfield. It was exhilarating to consider the possibilities in that conversation, giving me hope that the ideas in the video will someday be realized.