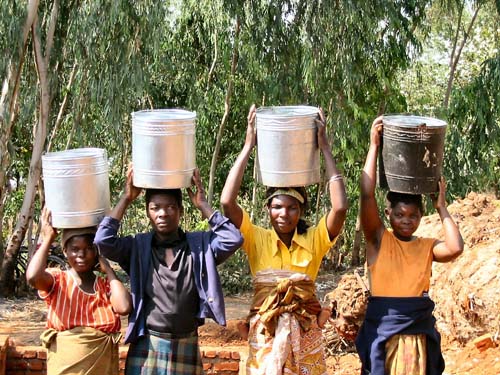 World Water Week took place last week in Sweden, hosted by the Stockholm International Water Institute (SIWI). This year's theme was "Water in an Urbanizing World," motivated by growing concern over the capacity of cities around the world to provide drinking water for their growing populations. Drinking water is increasingly threatened by rapid, unplanned urban growth and climate change.

An equally important factor (not sufficiently discussed during the event) is the largely insufficient resources allocated to sanitation, including wastewater treatment. This is further degrading water sources and posing a major threat to public health. Diarrheal diseases are the second highest cause of death among children under 5 years old, resulting in over 2 million preventable deaths per year.

Few cities have even a semblance of control over urban growth, not just in terms of informal settlements but also formal development without adequate planning. In order to be adequate, planning must safeguard drinking water and sanitation services that are economically and ecologically sustainable. It must meet the needs of the present without compromising the ability of future generations to meet their needs.

Participants at World Water Week adopted a common position in preparation for Rio+20, the 2012 UN Conference on Sustainable Development. Twenty years after the first UN Conference on Sustainable Development (the Earth Summit), debates have become more focused on climate change and the fact that more than half the world's population lives in urban areas. What has not changed since then is the reluctance of most national and local leaders to take both issues seriously. It seems that significant changes in public policy will only come about in response to major global disasters, such as a sudden sea level rise provoked by catalytic climate change effects. Similarly, it seems that water conservation and sanitation measures will come only when populations rise up to put an end to unfordable and unhealthy water supplies.