Writing Our Souls on the Walls

There is a growing movement among graffiti artists coloring the streets of Salvador da Bahia, Brazil. It is spreading throughout the city from neighborhood to neighborhood. The spirit is collaborative, and more organic than organized in the traditional sense. Most artists join crews based on common interests. One artist or crew holds an event in their neighborhood and invites others. There are no official leaders. 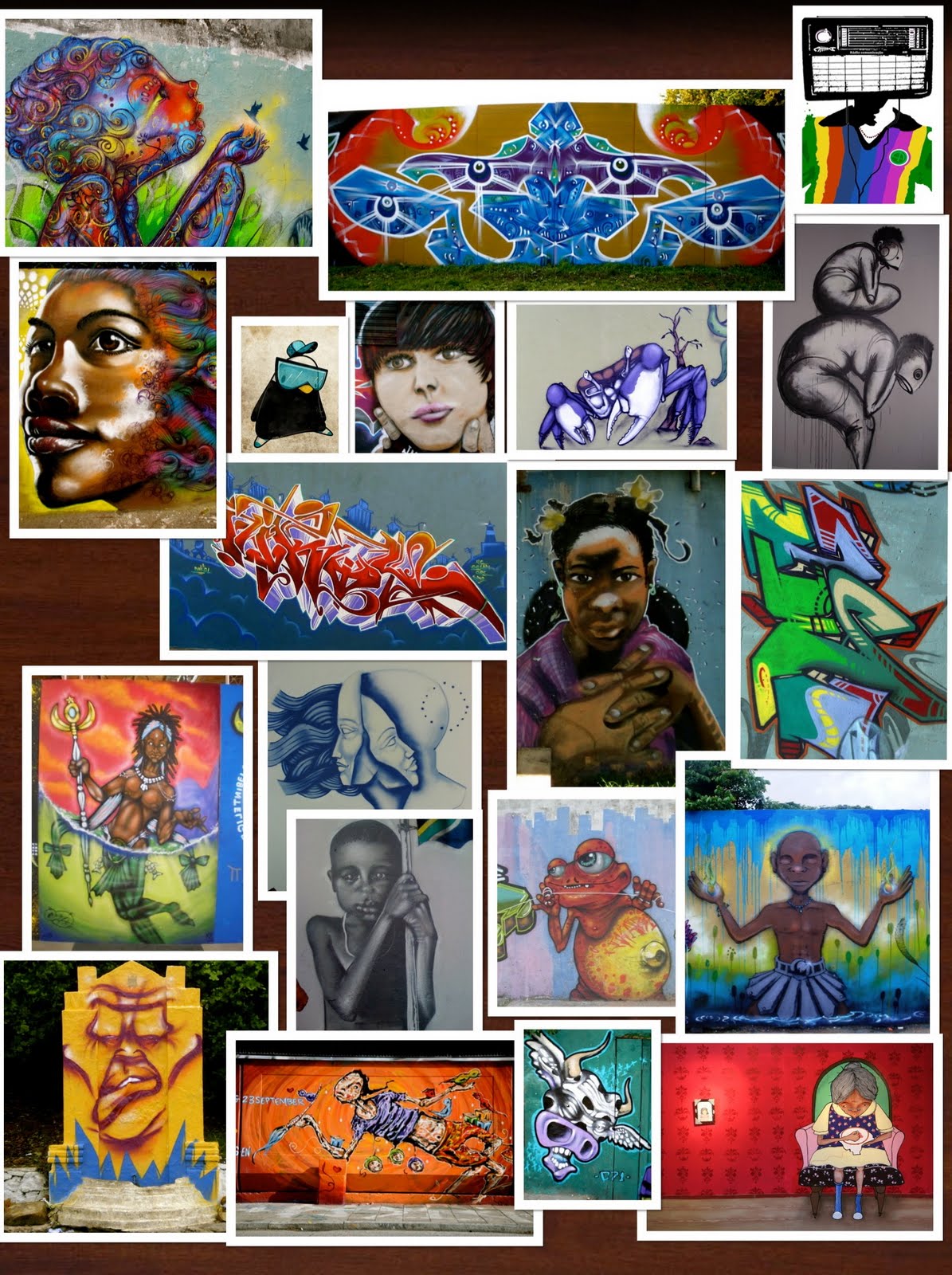 Salvadoran graffiti is joining a repertoire of cultural expressions with roots in Bahia, including candomblé, samba-reggae, forró and capoeira. Local traditions are combined with hip-hop culture, and this exchange works both ways. Salvador's international dance festival added a b-boy component this year, echoing the influence of capoeira on the origins of breakdancing. Bahian repentistas have been creating music similar to hip-hop for generations, and contemporary musicians find inspiration in their work. The elements of hip-hop are integrated with principles from the civil rights and black power movements. The visual element has been taken up and adapted by Salvadoran artists. Their work is globally conscious by way of magazines, television and the internet. Yet it maintains a distinct identity.

Salvador is the epicenter of African culture in Brazil. It was a major port of entry during the transatlantic slave trade, and African heritage remains strong. Salvadoran graffiti emerges primarily from the favelas, where the majority of the population is of African descent. In this sense favelas are similar to quilombos, historic settlements founded by escaped slaves. The parents of many artists moved to Salvador from the countryside. As the first generation born and raised in the city, these artists draw upon rural and urban traditions. They overcome economic constraints with creativity – using rollers, white out, shoe shine, markers, cheap spray paint and anything else at their disposal. Their work often reflects a desire to correct injustices and improve conditions in the city. Salvadoran graffiti artist Eder Muniz explains:


This thing about bread and circus is big, it's the kind of world where everyone forgets the real thing. We should be organizing to do something about the problems we have in the city. The work the graffiti artists do is a way to cry out, to say 'I don't agree,' to talk about the problems, to yell 'I exist! And I'm going to get in your way to make you mad.' It's a form of resistance, not organized.

Graffiti artists have earned appreciation and support from local citizens, including politicians and the police. They worked with elected officials to form the Salvador Graffiti Project, which pays artists to paint public service announcements on municipal buildings. In Eder's words:


For a long time we have been building the movement, showing the city that we care. We paint along the bus routes for people commuting to and from work in the favelas. We had to tell the government that we need work and respect. The mayor responded by hiring 35 graffiti artists to paint the city. The public started to realize that graffiti was professional. It helped! We were doing the same thing as always, but now the government says 'It's so nice!' by paying us, and it's respected.

Three months ago, graffiti was legalized in Brazil. It is bringing capital and prestige to cities, and the artists are gaining worldwide recognition. However, taggers (pichadores) remain stigmatized. They are beat up and arrested with little recourse to due process. The city fights taggers while collaborating with graffiti artists. In Salvador, there is a longstanding mutual respect between the two groups; they even refuse to cover each other's work. Eder sheds light on this relationship:


The roots of graffiti is tagging! Many graffiti artists were taggers, so we know how hard it is to tag and remain misunderstood. So we educate other graffiti artists to respect taggers. We haven't seen this same relationship between graffiti artists and taggers in other places. Maybe it's because there's less competition in Salvador, less taggers and artists from each neighborhood, unlike in Rio or São Paulo where there are so many. Whatever the reason, it's important because we're sharing the same space! And if this is about revolution, then we know we need support from anyone, everyone.

Eder is currently working with Fulbright scholar Carly Fox on a book about the lives and contributions of street artists in Salvador. We will preview artist profiles from the book on Polis in the coming months. The profiles range from testimonials written by the artists to interviews conducted by Carly and Eder. Each profile will be accompanied by samples of the artist's work. Given the lack of global media outlets in Salvador, the book will play an important role in illuminating the city's revolutionary graffiti scene.