The Case of the Disappearing Menorahs 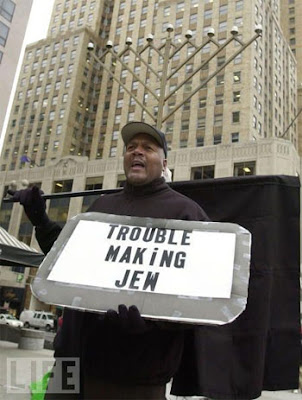 Tonight is the eighth and last night of Hanukkah — the Jewish holiday that symbolically celebrates light — but not every city lit up for the occasion this year. At least several American cities (including Santa Cruz, California; Seattle, Washington; and Delray Beach, Florida) banned the traditional lighting of giant menorahs downtown this year. According to those sources, officials claimed that the practice violated city ordinances or that they wanted to avoid controversy.

The sudden anti-menorah trend is baffling, especially since municipalities are hungry for permit fees.

Similar concerns have not prevented Christmas trees from going up in each of these cities, according to these reports. In Seattle, City Hall defended itself by arguing that, “It’s not a Christmas tree. It’s a holiday tree. There are a variety of decorations around City Hall, [including] poinsettias and greenery… They are seasonal decorations that are peaceful.” Granted Christmas has basically become a secular American holiday, there's no such thing as a "holiday tree."

The White House is also scaling back Hanukkah this year. Some criticized Obama for downsizing the White House Hanukkah party, held last Wednesday, and said that he has not done enough to connect with American Jews; others explain that he toned it down because of the state of the economy and the high cost of kosher food. Religious symbols in public spaces are a sticky issue, but if the Ten Commandments are allowed in courthouses, we can allow a big candle-holder in the town square. 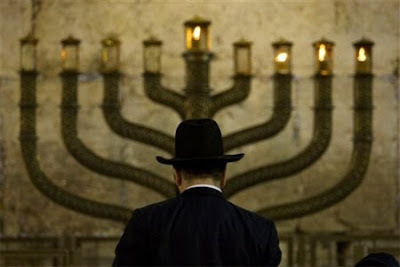 People light the last candle on the menorah in homes and cities around the world tonight.


Credits: Image of protester and public menorah in Israel from The Vicious Babushka. Image of Obama Hanukkah party from the Obamafoodorama blog.