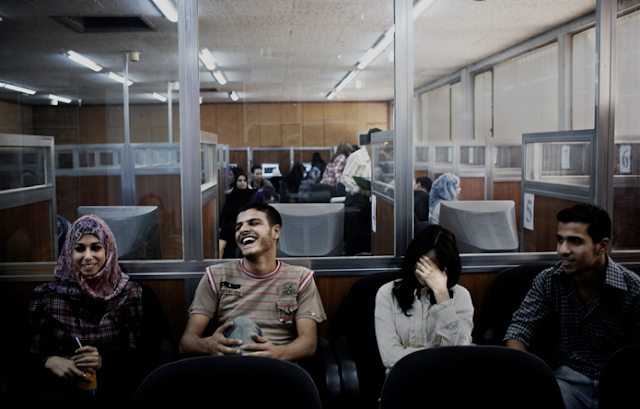 In light of Katia's recent photo essay theme, here is a series from OEIL PUBLIC on an engineering class at Baghdad University. The school is described as "a place of peace and freedom where young men and women of all religions can meet without being subjected to the pressure of radical militias." 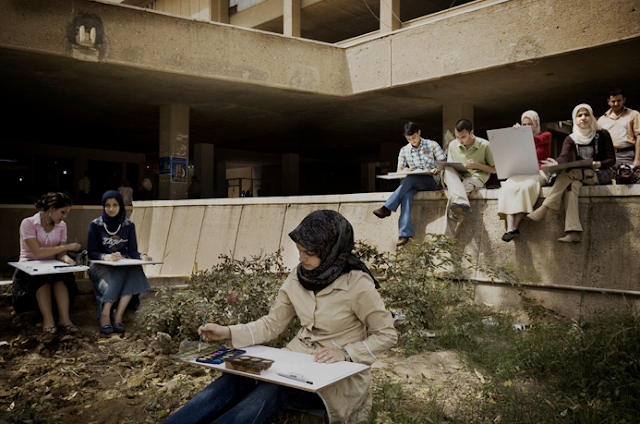 Whether or not this is true, it's interesting to see a different side of Iraq, especially after today's horrific bombings. I wish I could know how these students process the upheavals of the past decade. How does violent change influence their studies and ambitions? Who do they look up to? How do they perceive their environments? 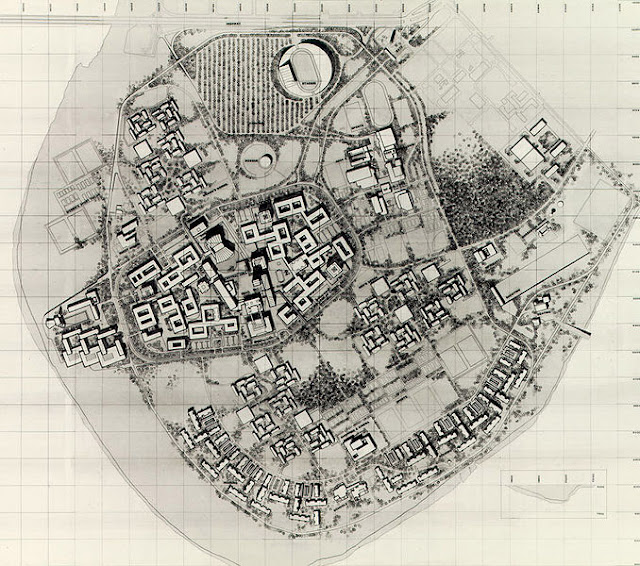 Walter Gropius was among the lead designers of the university in the 1950s. Hisham Ashkouri, a graduate of the architecture program, planned the campus expansion (above) in the 1980s. As another 30 years have nearly passed, what's next? 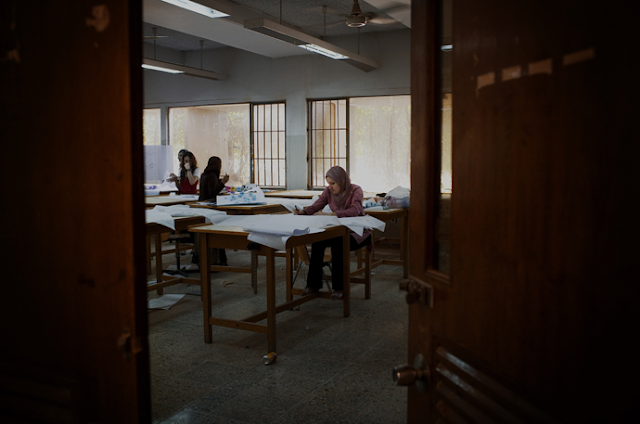 The campus environment in the midst of a war-torn city brings to mind the inseparability of buildings and politics (for more on this subject, there is a thoughtful post about the banning of minarets in Switzerland on BLDG BLOG). I'm not sure how much influence professional designers have on the politics of development. People who build their homes in slums may have more. I wonder if today's design students have new ideas about their place in the world.